The Aston Martin Vanquish has been around for thirteen years now and the second generation model is arguably one of the best looking sports cars in the world. The British automaker today announced the 2015 model year Vanquish along with new Rapide S which have both received a number of enhancements. Both the cars have been fitted with the new Touchtronic III eight-speed automatic gearbox, but what’s more special about the new Vanquish is that not only is it a lot more fuel efficient than the current but also is Aston Martin’s fastest car in the line-up. Aston says it’s the first time a transmission of this type has been fitted to a transaxle layout, and the result is blistering top speed and a shorter 0-60mph time. 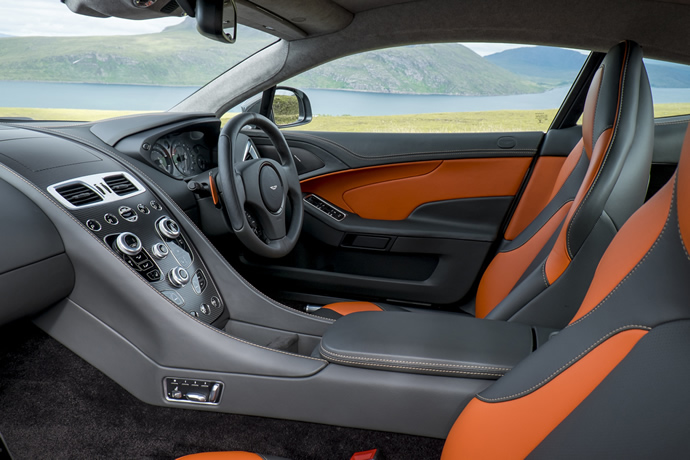 Along with the new gearbox, the 2015 Aston Martin Vanquish rides in with new reprogrammed Bosch electronics, a new engine management system and a more robust suspension system – thanks to which the output of the AM29 V12 engine has been enhanced by 3bhp. Now the engine churns out 568bhp (424 kW) and a peak torque of 630 Nm (465 lb-ft) at 5,500 rpm. The power upgrade might looks subtle but don’t let it fool you; the car can now hit a top speed in excess of 200mph and sprint from 0-60mph within 3.6 seconds which is half a second faster than the current model. Deliveries of the 2015 Aston Martin Vanquish and the new Rapide S will commence in the third quarter of the year but the pricing is yet to be announced.