The coronavirus outbreak has virtually put the entire world into a lockdown. With no one allowed to venture outside their house unless its completely necessary, the roads have become eerily deserted. This might appear like a once-in-a-lifetime opportunity for petrolheads to go out on joyrides, but you’ll have to be an absolute scumbag to do that. But it appears that some fools just don’t understand how big a challenge the whole COVID-19 pandemic is. A man in the United States not only completely ignored the lockdown measures, but went on a rampage in his $750,000 ultra-rare supercar crashing into parked cars multiple times. What makes it even worse is the fact that this incident happened in New York, the worst-affected area in the US and probably the whole world.

Benjamin Chen, the owner of Gemballa Mirage GT, was arrested after crashing the supercar multiple times in a matter of minutes. The incident was even captured on a CCTV camera which has been since shared extensively on social media. According to reports, Chen smashed the $750,000 Gemballa into the back of a parked minivan on Eleventh Avenue in East Midtown at around 7:30 am. But it didn’t stop him. Chen continued south on Eleventh and went onto crash again into even more parked cars. He was finally pulled over by the police near the intersection West 44th Street. A photo was shared on Instagram by Ronnie C. Photography that goes on to show the extent of damage sustained by the Gemballa. For those who are not aware of the supercar, the Gemballa Mirage GT is a highly modified version of the rare Porsche Carrera GT. The naturally aspirated 5.7-liter V10 engine is re-tuned to 670 horsepower, which is a bump of 67hp. According to Car & Driver, only 25 examples of the supercar were ever made; and now there’s one less. 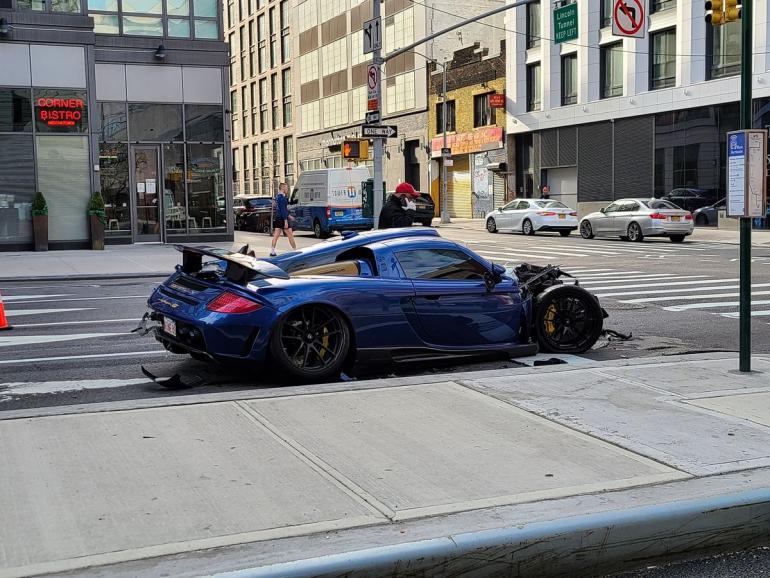 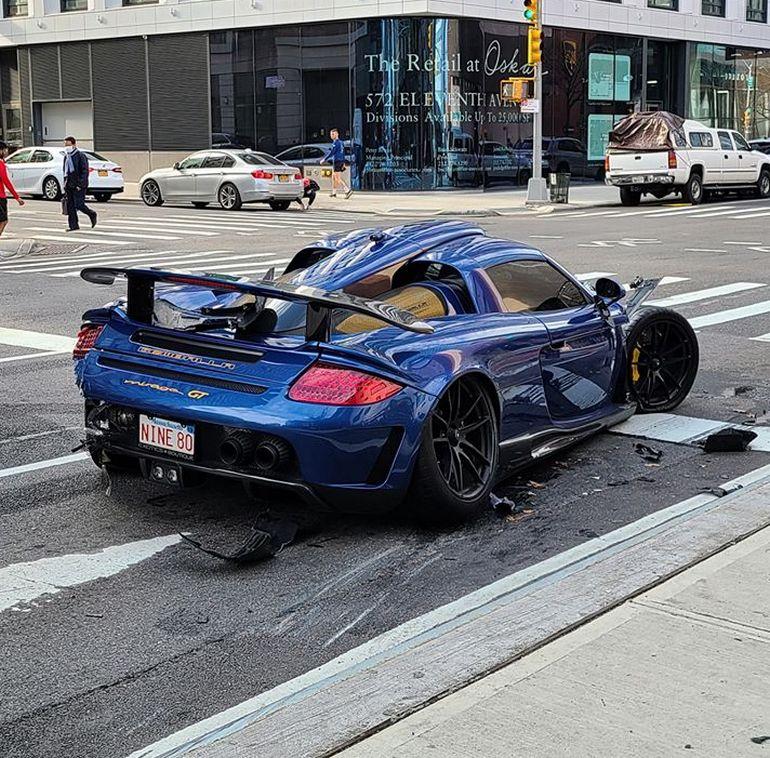