Audi undraped the Audi R8 sports car in Paris. Three years after the unveiling of the Audi Le Mans Quattro concept car, the production version made its debut at the Paris Motor Show in the guise of the new Audi R8 mid-engine sports model. Audi has incorporated the name and the genes of the five-time Le Mans winner, the Audi R8, into a spectacular sports car. It is a fascinating driving machine and the sporty pinnacle of the Audi brand. The mid-mounted 420 bhp V8 FSI engine, Quattro permanent four-wheel drive, and Audi Space Frame aluminum body form the basis for truly outstanding driving dynamics. The R8 combines Audi’s experience gained from numerous motorsport triumphs with groundbreaking design and the acknowledged technological expertise of the brand. Form follows function: this design principle is implemented throughout the Audi R8. The Audi R8 sits broad and squat on the road, the strongly accentuated rear end appearing to flex its muscles like a sprinter ready for the off. 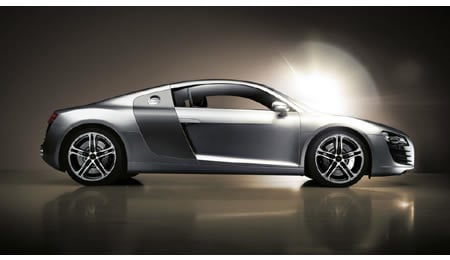 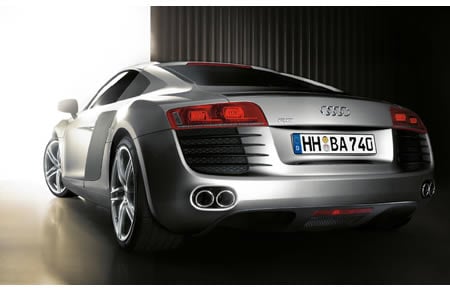 The location of the engine behind the cockpit is a typical feature of race cars. The car’s body is highly compact in appearance. The front end and the gently curved roof arc are drawn in a sweeping line; a line which immediately marks the two-seater out as an Audi. Standard equipment include Xenon plus lights, LED rear lights and daytime running lights, 18-inch aluminum wheels, an audio system with 7-inch monitor, an anti-theft alarm and Leather/Alcantara interior trim. The design of the strikingly three-dimensional main headlights, using LED technology, is particularly eye-catching. At 7,800 rpm the 4.2-litre engine delivers 309 kW (420 bhp) of power output. The performance figures are equally impressive: the R8 accelerates from a standstill to 100 km/h in 4.6 seconds and reaches a top speed of 301 km/h. Priced at $ 80,000 – $ 110,000, the Audi R8 will be available to order from 28 September 2006; first deliveries will be made in the first half of 2007. 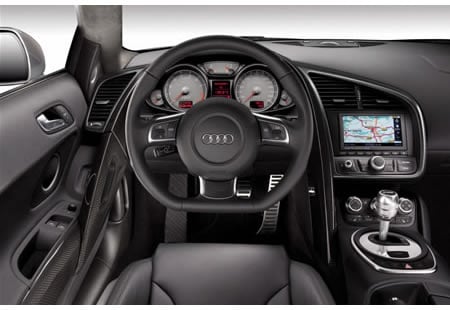 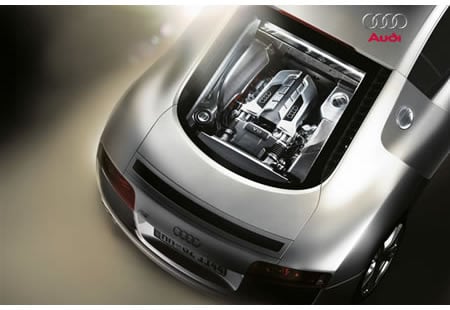