Did you get all excited about 2020 by going through the list of top 7 upcoming cars? How about a two-wheeled version of the same? While the car industry is hurriedly transitioning towards electrification due to tightening emission norms, it has had a completely different effect on motorcycle manufacturing – engines are bigger than ever, and power figures have crossed the threshold of insanity. Of course, that’s great news for motorcycle enthusiasts. Here are the top 7 upcoming motorcycles in 2020. 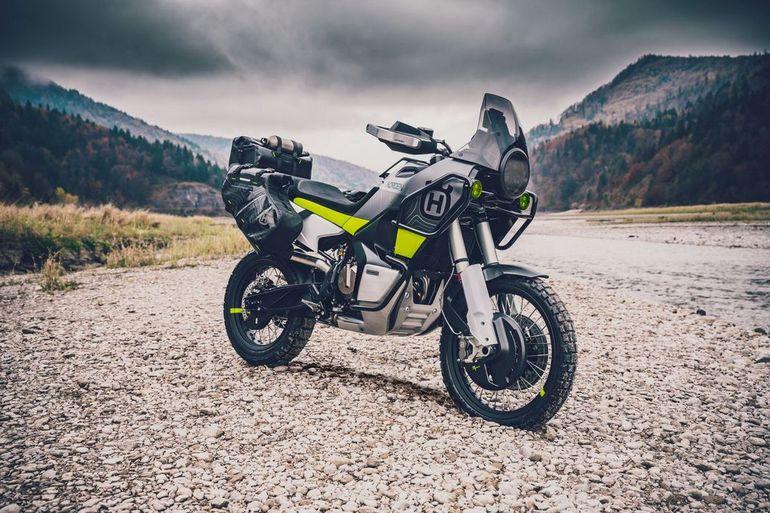 Husqvarna Norden 901
Swedish-origin motorcycle brand Husqvarna showcased an adventure-touring concept bike at the EICMA 2019 show called the Norden 901. After getting a warm reception at the motorcycle show in Italy, Husqvarna announced that the Norden 901 would go into production next year and be sold as a 2021 model. The retro-mod styling of the middle-weight ADV bike appears to share design cues with the brand’s Vitpilen and Svartpilen motorcycles. It comes with a rather attractive circular headlamp, a simple windscreen, and a rally-inspired silhouette. The adventure motorcycle is powered by KTM’s new 890cc engine derived from its LC8c parallel twin, which will make its debut in Europe in the KTM 890 Duke. Other information on the Husqvarna Norden 901 is scant at the moment, but it is expected to arrive with fully adjustable WP suspension on the front and back. The production variant might make its official debut in the second half of 2020. 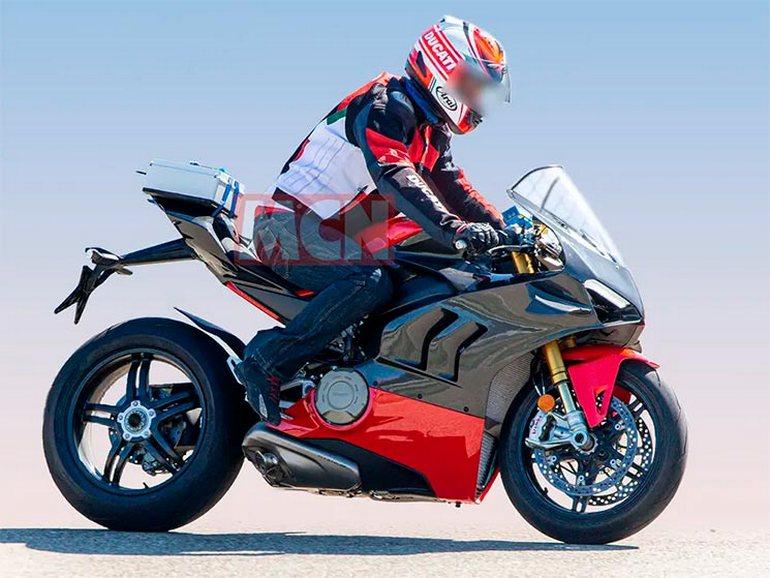 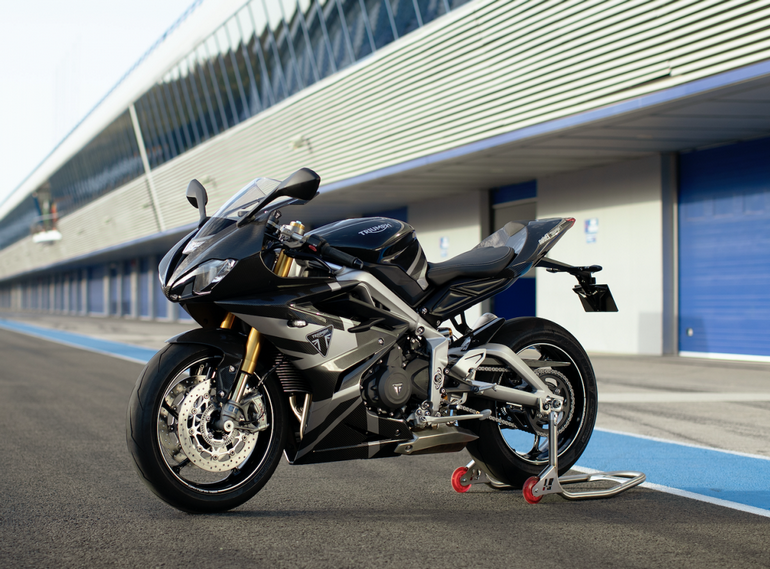 Triumph Daytona 765 Moto2
The Daytona nameplate for Triumph made a comeback this year in a limited edition 765 Moto2 machine. As the name suggests, the special edition motorcycle is inspired by the Moto2 race bike and uses the same 765cc engine, which is derived from the engine powering the current Triumph Street Triple line-up. The fully-faired supersport also get Arrow’s lightweight Moto2-inspired titanium exhaust system, along with a new gearbox featuring gear ratios optimized for race tracks. Other weight-saving measures adopted by Triumph include a full carbon fiber bodywork, lighter chassis and swingarm, and shortened bolts. The special edition Daytona also comes fitted with top-spec Brembo Stylema brakes and fully adjustable suspension by Ohlins. Only 1530 units will be built, with 765 units earmarked for the US and Canada, while the rest of the 765 examples will be dedicated to the other markets. The pricing is yet to be announced.

KTM 890 Duke R
Austrian motorcycle manufacturer KTM showcased the 890 Duke R at the 2019 EICMA show. It is the lighter and more powerful successor of the hugely successful KTM 790 Duke launched two years ago. Powering the 890 Duke R is an 889cc engine, which has been derived out of the 790cc LC8c parallel-twin and gets bigger bore and stroke sizes. The bigger-sized engine also features bigger valves and a higher compression ratio, which helps it churn out 119 horsepower – 16 more than the 790 Duke. While the KTM 790 Duke was dubbed ‘the scalpel’ for its razor-sharp handling and nimbleness, the 890 Duke R takes things one step further by featuring even better performance-focused hardware. -While aesthetically, it remains pretty much identical to the 790 Duke, the upcoming naked sports bike gets WP’s latest fully-adjustable Apex suspension and top-shelf Brembo Stylema monoblock brakes. The KTM 890 Duke R will go on sale in Europe as a 2020 model, while it will reach the US at the end of 2020 and will be available as a 2021 model. 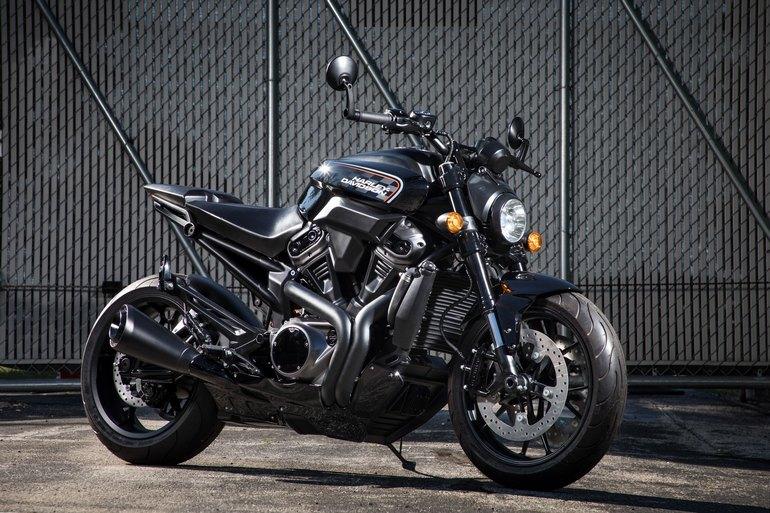 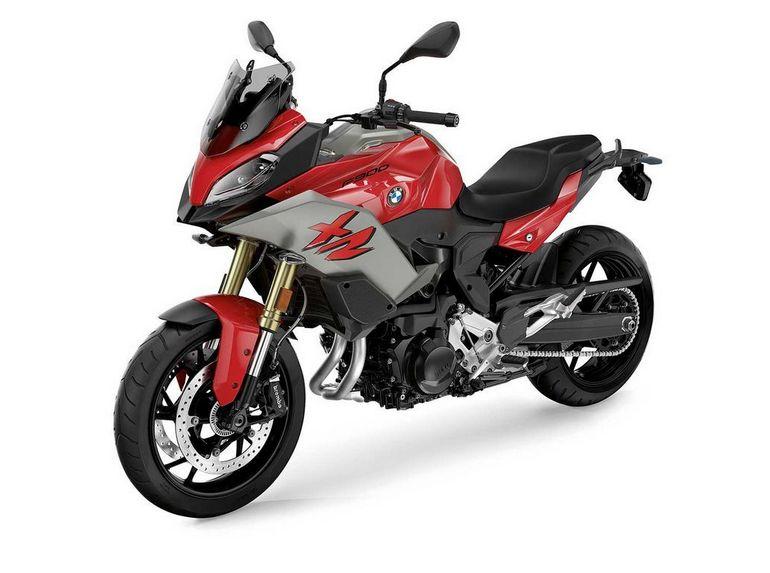 2020 BMW F 900 R and F 900 XR
BMW arrived at the 2019 EICMA show with two new mid-size motorcycles, the 2020 F 900 R and the F 900 XR, both based on the manufacturer’s new 900-platform. Powering the motorcycles is a new 895cc mill derived out of the parallel-twin 853cc unit that powered the F 850 GS. The extra displacement helps the 895cc engine churn out 105 hp — 10 hp more than the previous F 850. The chassis geometry has also been heavily revised for better performance. Both the models come equipped with top-shelf ZF Sachs suspension, while semi-active electronic units are available as an optional extra. The duo also gets the updated 6.5-inch TFT color instrument panel. The pricing and availability are yet to be announced. 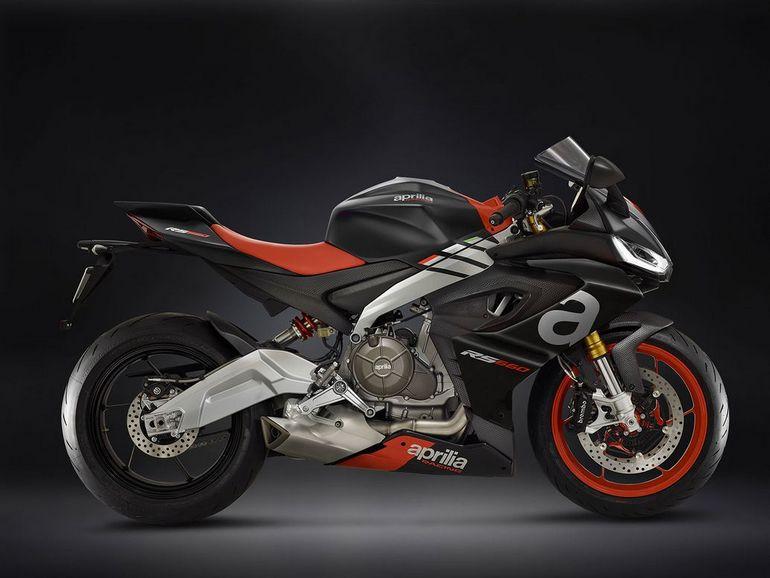 Aprilia RS 660
Aprilia stole the show at 2019 EICMA by giving us the first glimpse of the all-new RS 660 production model and hinting at the start of a new line of middleweight motorcycles. The supersport is powered by a forward-facing parallel-twin created by taking the front half of the manufacturer’s 1100 cc V-four engine. Aprilia claims the DOHC parallel-twin will produce 100 hp, which is plenty for a motorcycle that weighs just 373 pounds. But it’s the electronics package on the Aprilia RS 660 which takes it way ahead of its competition. It gets adjustable traction control, wheelie control, quickshifter for both up and downshifts, cruise control, and adjustable engine brake settings. The RS 660 also comes equipped with five ride modes and a cornering ABS, controlled via a full-color TFT screen. Aprilia hasn’t revealed the pricing and availability of the middle-weight supersport as of yet.