The blue and orange combination of the vintage Gulf Oil racing livery holds a special place in the history of car racing thanks to the amazing Gulf-liveried Ford GT and Porsche 917 racecars in the 1960s and 1970s. If you find the Porsche 918 wrapped in Martini racing colors delicious, wait till you see the McLaren P1 with Gulf Oil livery. The McLaren P1 decked out in retro Gulf livery is a one-of-a-kind take of the automaker’s flagship commissioned from the McLaren Special Operations by Canadian venture capitalist and philanthropist Miles Nadal. The hypercar has been done up in the traditional baby blue with orange accents, from the tapered orange stripe running over the top to the orange brake calipers, however the Gulf Oil logos are missing. 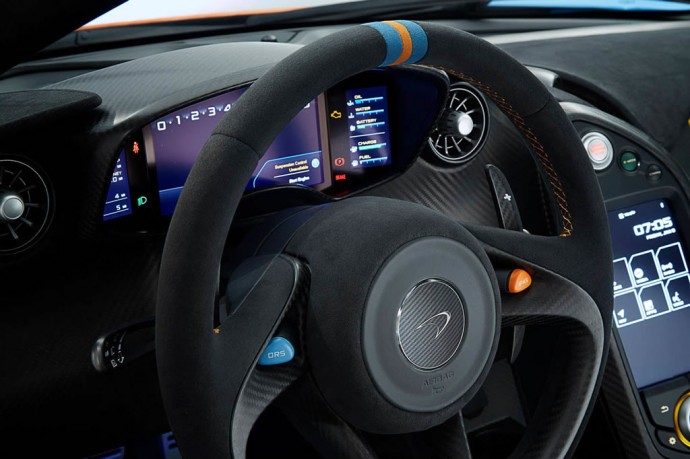 MSO Bespoke has also personalized the McLaren P1’s interior, which continues the blue and orange theme with bespoke controls and seat details. Expectedly, no mechanical changes were made to the car. It means that this special edition P1 is powered by the same hybrid powertrain producing 916PS (904hp) and 900Nm (663lb-ft) of torque, enough for a 0-100 km/h (62 mph) sprint of less than three seconds and a 350 km/h (217 mph) top speed. There is no word on how much this custom P1 costs.