Mercedes has brought a concept to the 2017 Geneva Motor Show and the obscenely beautiful Grand Tourer hints at a four-door cousin to the AMG GT in the near future. Called the Mercedes-AMG GT Concept, it confusingly carries the same name as the coupe. But the nomenclature aside, the GT concept offers a hybrid powertrain – inspired by the Mercedes-AMG Formula One cars – instead of a gasoline engine like the coupe. Up front is a twin-turbo 4.0-liter V8, which is coupled to an electric motor. Mercedes claims that the total output of the hybrid unit is in excess of 800 horsepower. 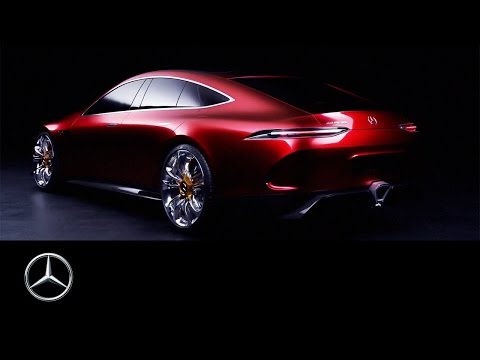 The power is sent to all four wheels and Mercedes says the car would be capable of doing 0-60mph in less than 3 seconds. Mercedes says: “This four-door coupé heralds the further extension of the AMG GT family.” The four-door GT will directly compete with the Porsche Panamera, but Mercedes didn’t provide any information about how soon can we expect the production variant. Nevertheless, the concept looks production-ready except for some concept-y features like the fender-mounted cameras replacing side-view mirrors and massive wheels. Stay tuned for more coverage of the 2017 Geneva Motor Show.