You know the automotive world is sprinting towards electrification when you get to see an electric Mercedes G-Wagen, or should we call it the E-Wagen! Behold the Mercedes EQG – still a concept, but it looks production-ready and we won’t be surprised if it hits the market within the next two years. The electrified G-Class made its debut at the IAA 2021 show which is happening this year in the German city of Munich. Mercedes didn’t really surprise us with the Concept EQG as the German automaker had already announced its intentions to make the butch SUV environment-friendly. But we’re definitely quite impressed with the speed at which Merc is churning out battery-electric cars. 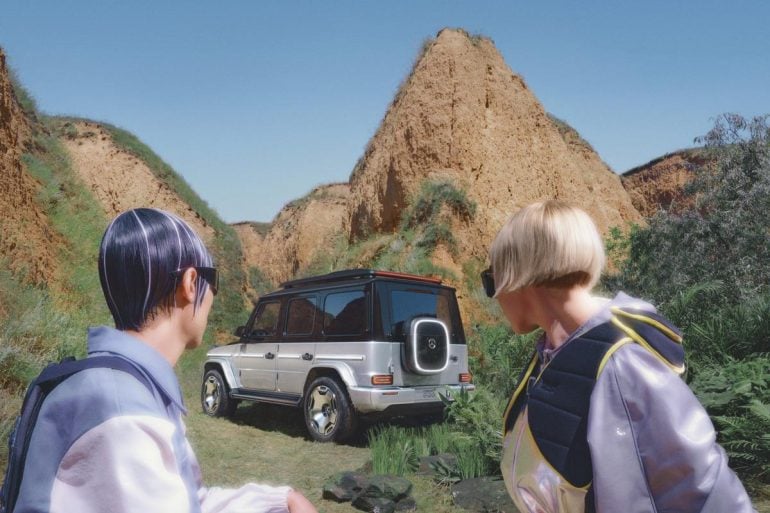 Let’s start with the styling. Thankfully, the electric G-Wagen hasn’t lost its signature boxy design which hasn’t really changed much since the SUV debuted in 1979. Instead of altering the design, Mercedes went ahead with adding LED lights to just about all parts of the rugged SUV. The EQG being an EV, the traditional grille has been swapped for a black panel with lit-up “squircles” that create a faux grille appearance and add three-dimensionality to the marque’s three-pointed star emblem. Even the panel has its own illuminated frame. 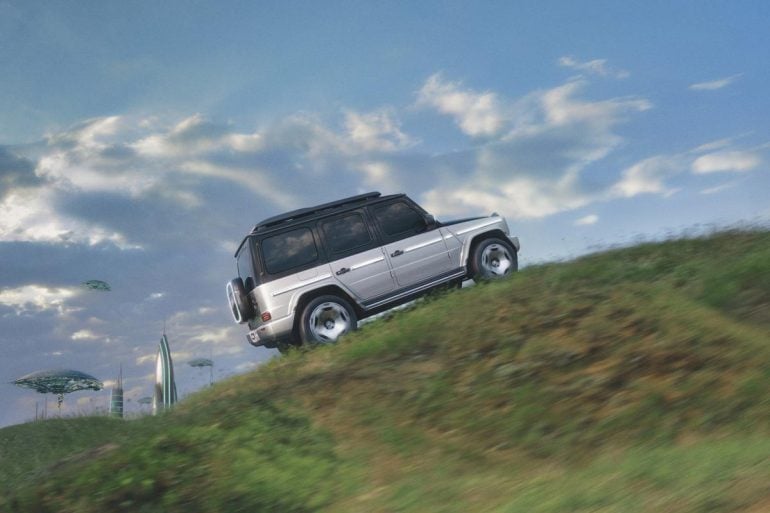 There are round lights on the side mirrors, while the roof rack also has an integrated light bar. That’s not all; even the sides have light strips accentuating the beltline of the SUV. The rear looks similar to the traditional G-Class, but the spare-tire holder has been repurposed as a lockable box that Benz says can store a charging cable. You might have guessed it correctly; even the box is illuminated with LED lighting. Thankfully, the wheels don’t get illumination or the EQG would have looked like a creation of the West Coast Customs. The electric SUV rides on bespoke 22-inch wheels. 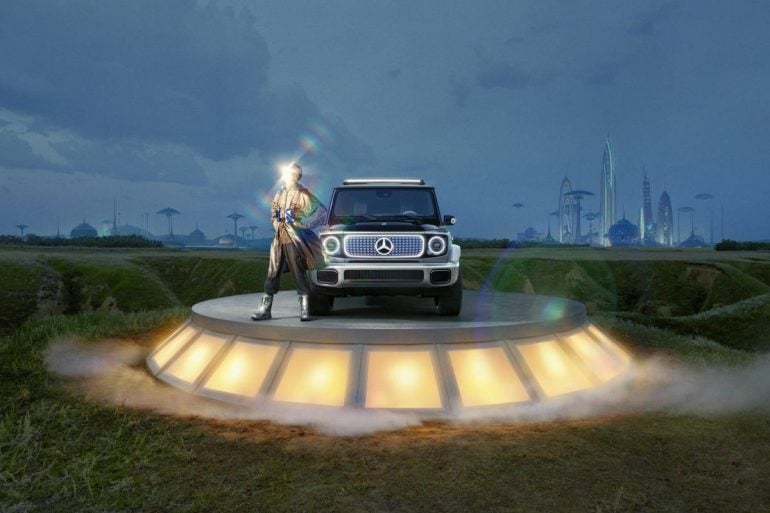 Mercedes claims the EQG hasn’t lost the G-Wagen’s ruggedness and off-road capability. It still has a ladder-on-frame chassis, which should make the purists jump in excitement. The electrified G-Class gets independent suspension for the front wheels and a solid axle at the rear. The automaker has dedicated an electric motor to each wheel of the EQG for total 4WD flexibility. What that means is the EQG won’t need locking differentials and should be a lot more capable and user-friendly. Electric motors are known for their lower-end torque, which should eliminate the need for a low-range gearbox. However, Mercedes claims it is working on “a shiftable 2-speed gearbox.” The details on the output, battery, range, and performance have not been revealed as of yet, but we’re already excited. Maybe, not for all the LED lights. 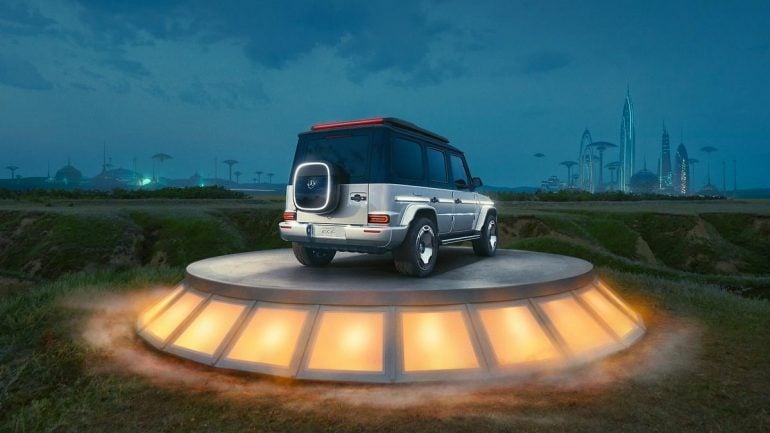 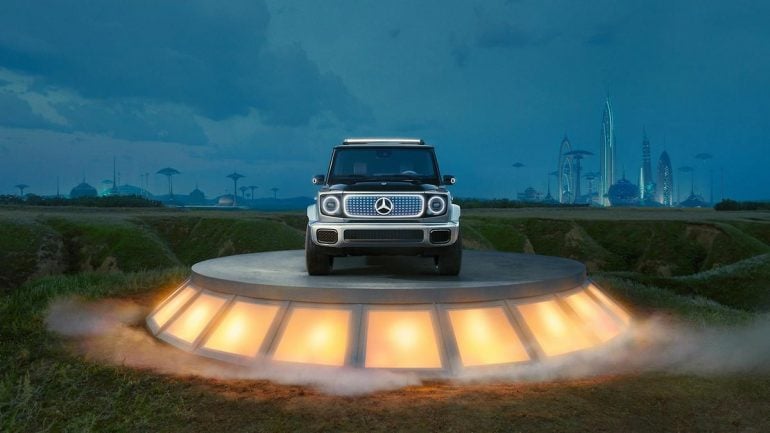 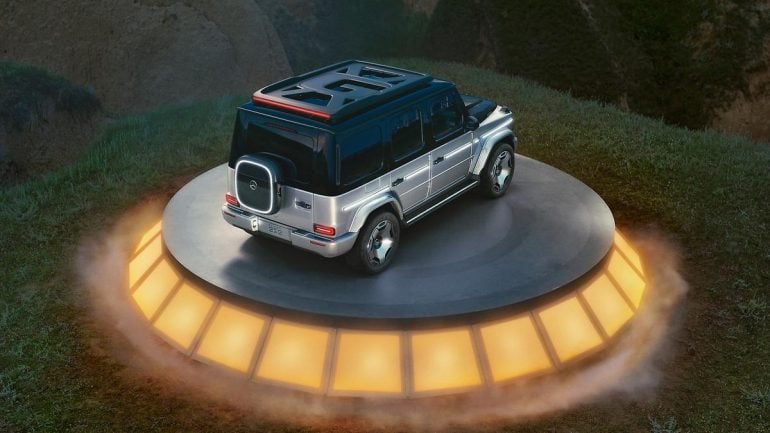 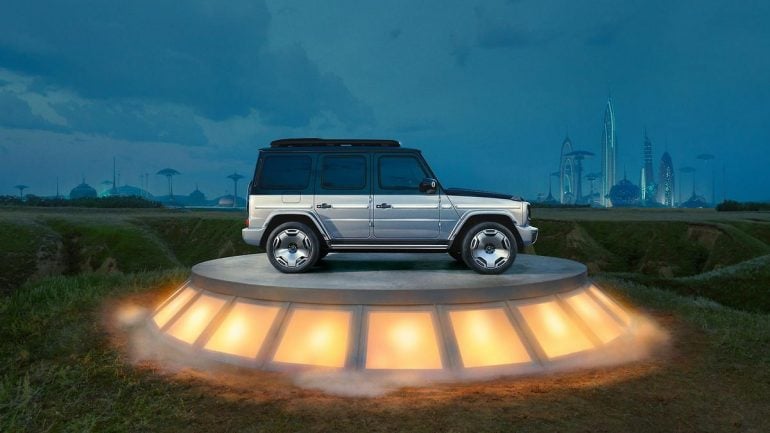