The world has quite literally never been the same after it was introduced with the amazing amphibious Lotus Esprit in the 1977 James Bond movie starring Roger Moore. The idea caught on and we have seen many, many amphibious cars over the years. A company called WaterCar came up with the world’s fastest amphibious vehicle named the ‘Python’ back in 2009 which was powered by a Corvette engine. The California based company is back with another amphibious vehicle which is even faster than its predecessor. Named the ‘Panther’, it has a fiberglass hull which is shaped like the Jeep CJ-8. 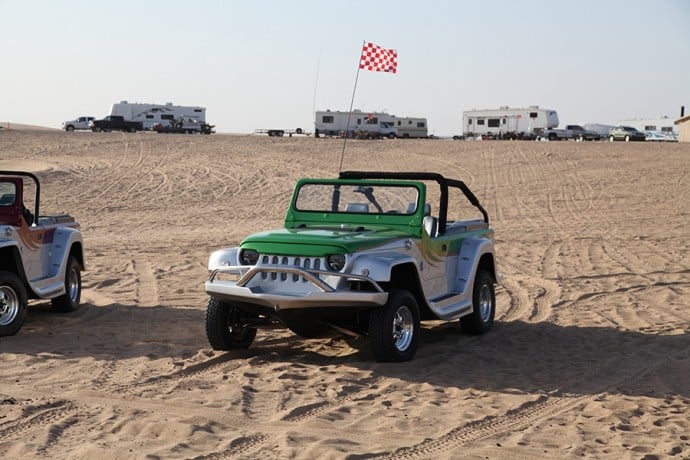 Unlike its predecessor, the Panther is powered by a Honda Acura 3.7-liter V6 that is capable of producing 250hp. Touted as the fastest amphibious vehicle, it is capable of doing over 80 mph (127 km/h) on the road and 44 mph (70 km/h) on the water and is even is equipped with a long-travel off-road suspension that allows access to harsher conditions and less user-friendly lakes. The wheels are retracted hydraulically in less than 15 seconds converting the car into a boat quickly. It features a long-wheelbase to provide enhanced space at the rear and the chassis is specially designed to make it as light as possible. But the crazy thing is, unlike other cars, the customers will have to buy all the parts separately and put them together for the manufacturer to avoid government regulations. WaterCar will arrange for a full vehicle to be produced for around $135,000. 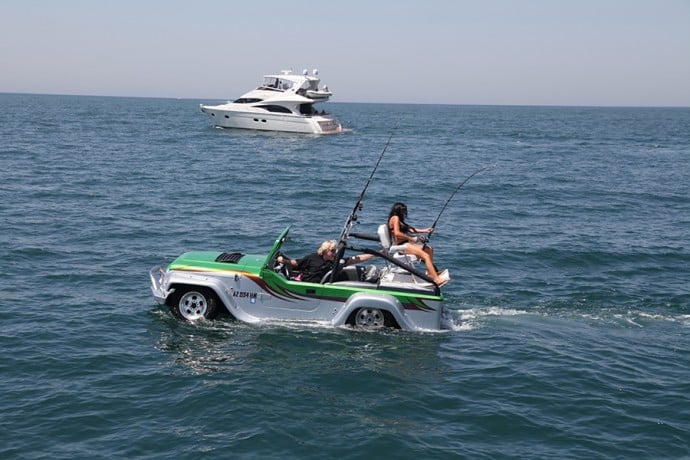 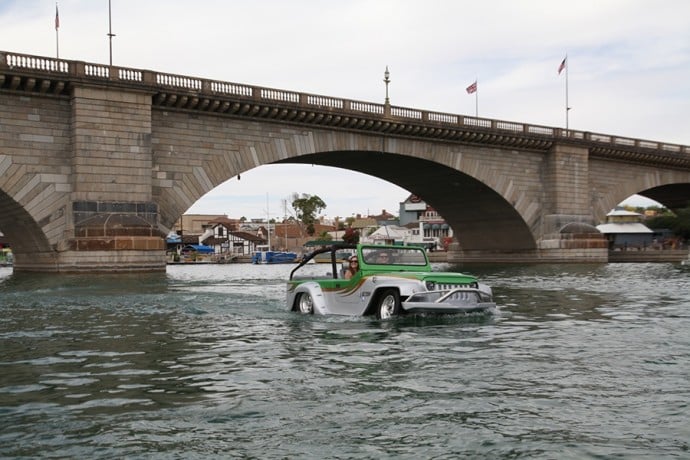 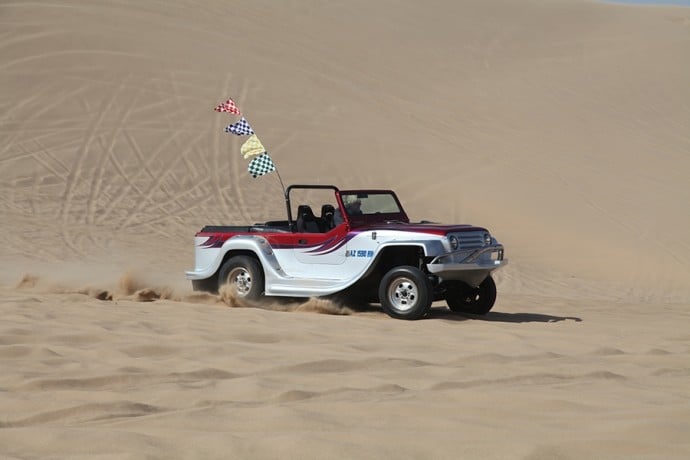 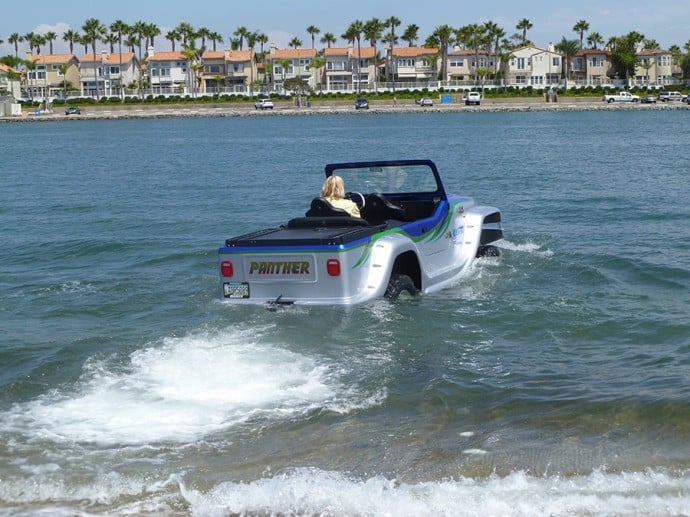 Tags from the story
Water-Vehicles