What you see here is the final boat design revealed by Swiss boatbuilder SP80 and it looks like a sleeker version of the iconic SR-71 Blackbird jet. Well, you see, there are quite a few similarities. In addition to the tandem seating layout and its overall shape, the sailboat designed by SP80 is vying for a world speed record just like the Lockheed jet that still holds the record for the fastest air-breathing manned aircraft. The Richard Mille-sponsored SP80 project has a target speed of 80 knots (92 mph), which will comfortably surpass the current record of 68.33 knots (79 mph). Described as a sea rocket by SP80, the vessel is solely powered by the wind with the help of a kite.

Switzerland-based SP80 explained that sailing at 80 knots at sea is very similar in intensity to driving a Formula 1 car on land, which necessitates proper reinforcement of the cockpit for optimum safety. According to the company, it is reinforced with Kevlar and has been designed to withstand up to 5G of force. Additional safety measures for the pilots include bucket seats, 6 point harnesses, helmets, and oxygen masks. The record-breaking attempt will be made by two pilots, with one controlling the kite and the other steering the boat. 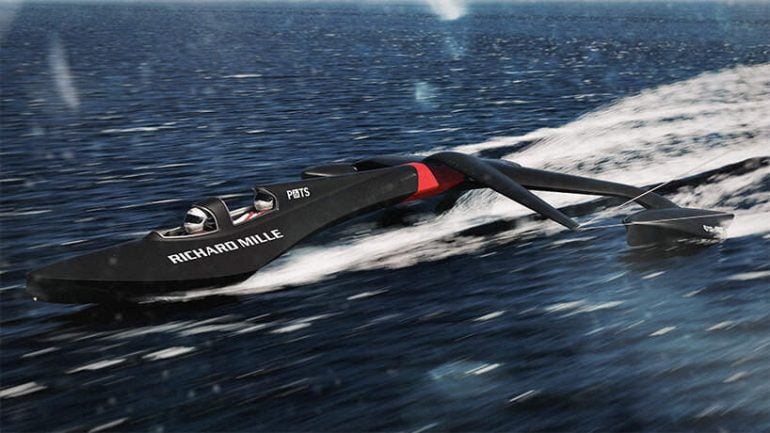 “Very early in our development face, it was clear that being alone on board was not an option to accelerate safely up to 80 knots,” said co-founder and pilot, Benoît Gaudiot. “At 150 km/h, it is essential to be focused on one task! We will thus have a pilot steering the kite, while a co-pilot will ensure the boat’s trajectory. However, at low speeds, that is around 30 knots, the boat can be sailed solo, which will allow us to welcome passengers on board to experience something extraordinary.” SP80 plans to officially launch the sailboat at the end of this year, while the first record attempts are scheduled for the summer of 2023 in the south of France. 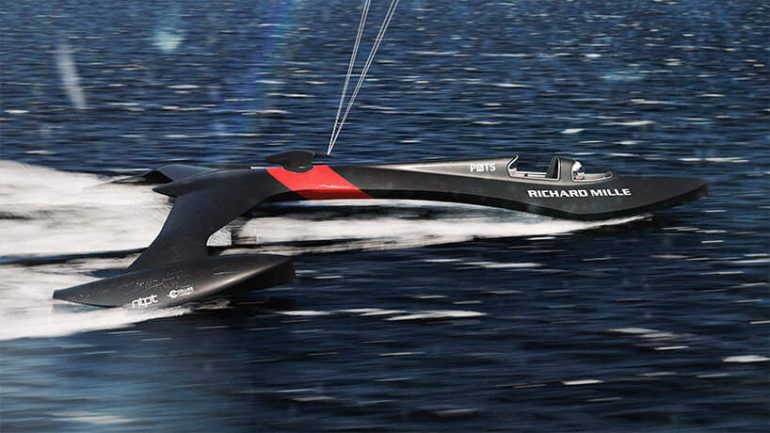 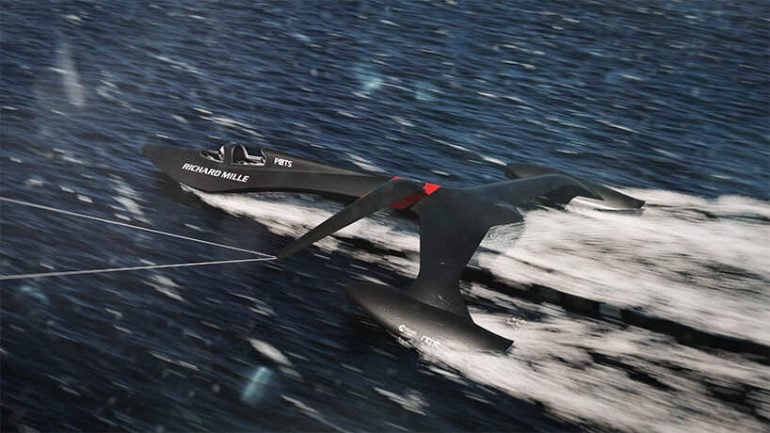 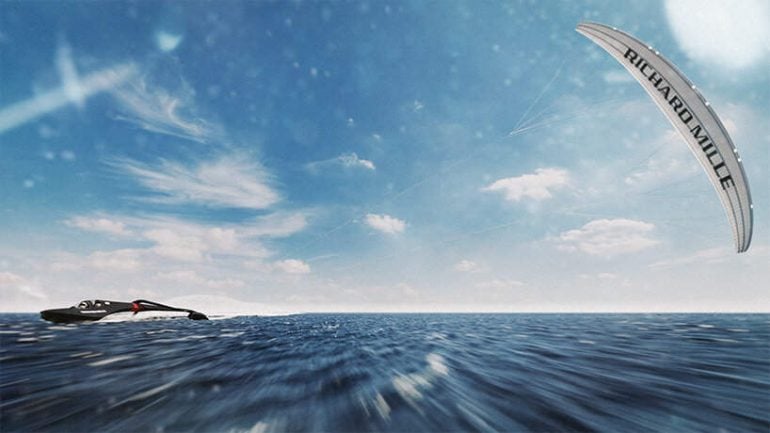 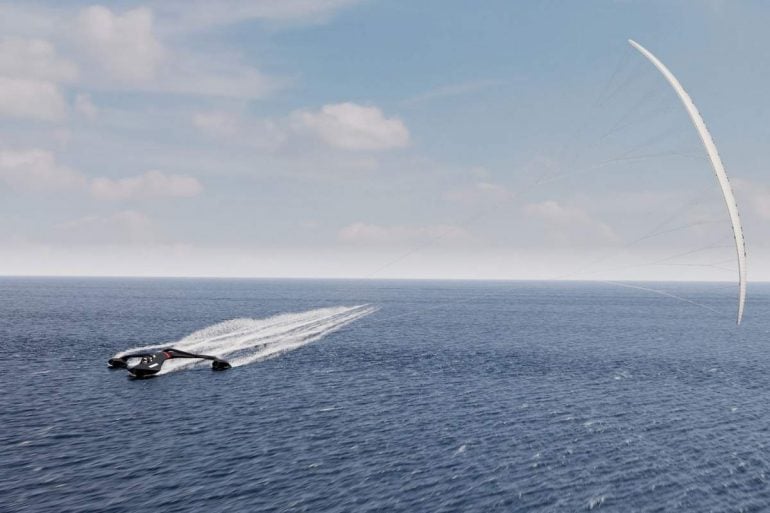 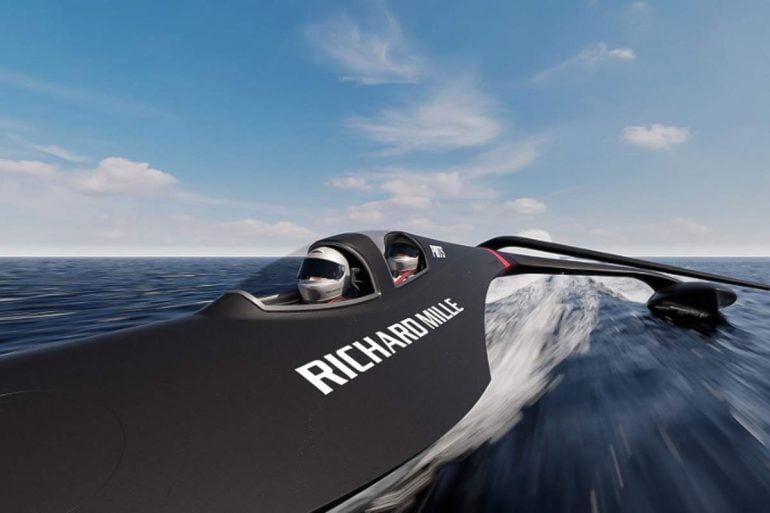 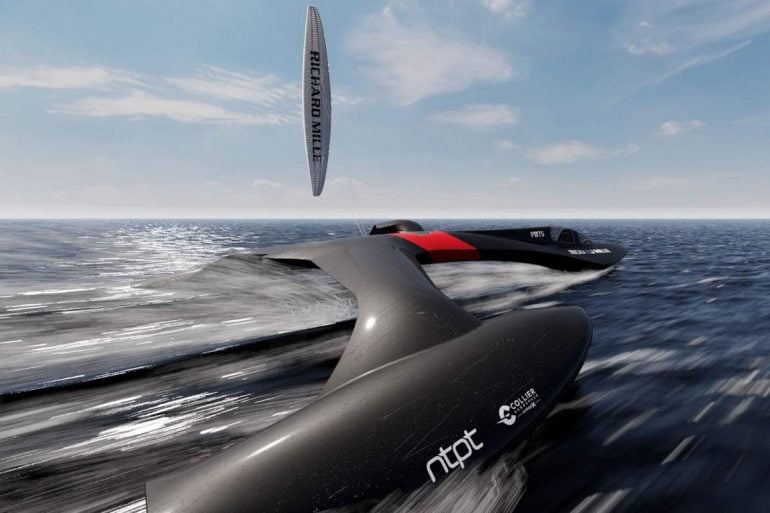 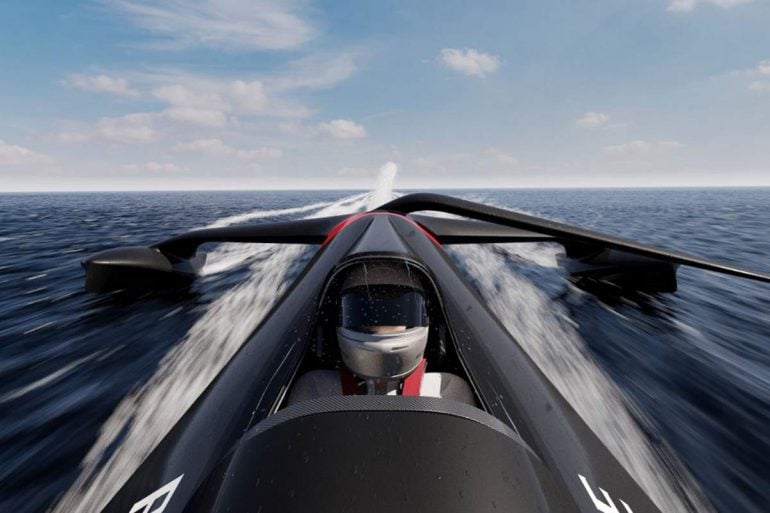 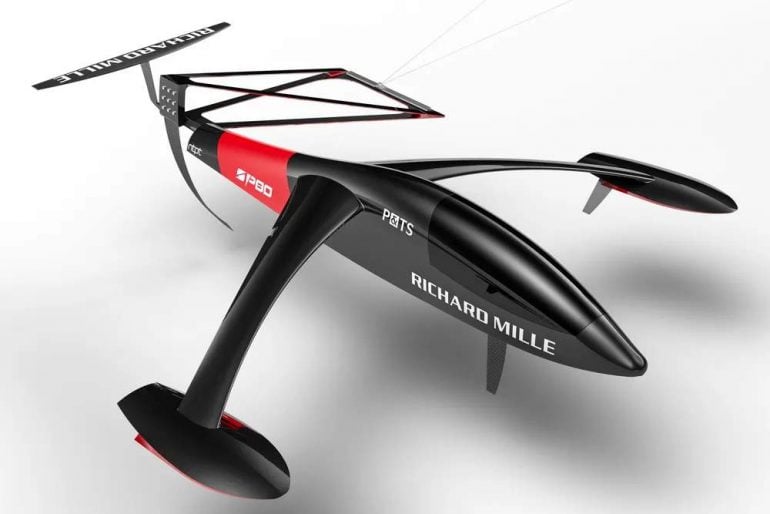 Tags from the story
Boat, Richard-Mille