With the beginning of spring comes the beginning of a packed annual calendar of events in the Principality of Monaco. Naturally the mind strays towards the Monte Carlo Grand Prix, one of the world’s greatest sporting tournaments and a symbol of Monaco’s historic affinity with motorsport. Yet the Principality’s unerring passion for all things motorized doesn’t start and end at the waving of a chequered flag in May. 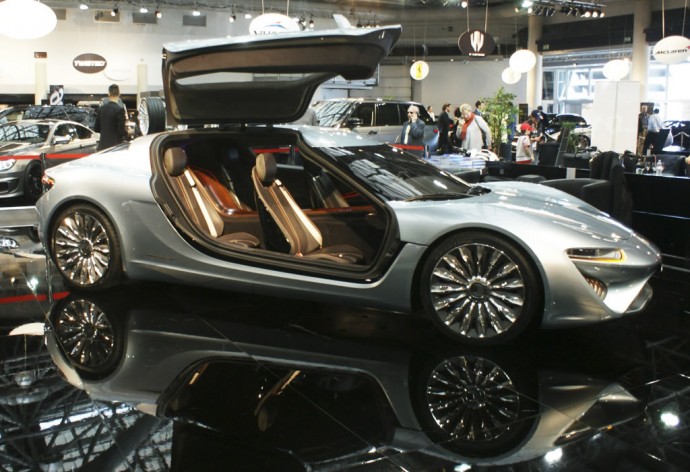 Besides the ubiquitous presence of luxury cars and the yearly Rallye de Monte Carlo organised by the Automobile Club de Monaco, there is the annual Top Marques Motor Show. Whereas the Automobile Club de Monaco has existed since 1890, the Top Marques exhibition has only been a feature in the Principality since 2004. Yet a quite remarkable rise in exposure has seen the glamorous exhibition elevated to a quite formidable status among the motoring community: “Top Marques is now officially Monaco’s third biggest annual public event and is the only live supercar show in the world” the official press release proudly announces. 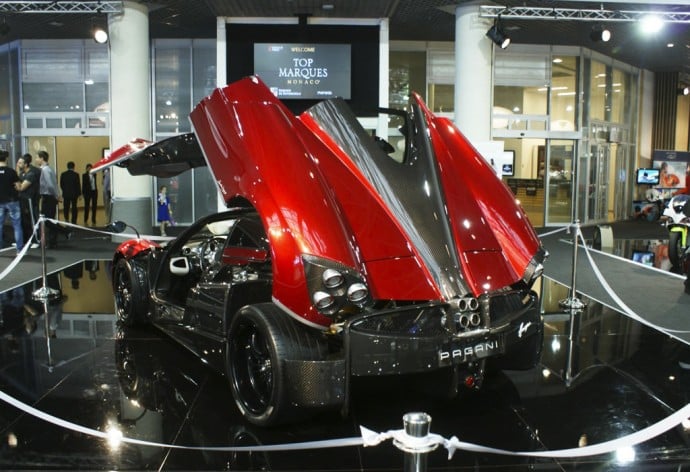 The formidable rise of the show is not wholly unexpected however, in particular with regards to the host of world premiere launches of limited edition vehicles that have appeared at the exhibition since its inception. This year’s edition, due to take place between the 16th and 19th April, promises to be no exception. 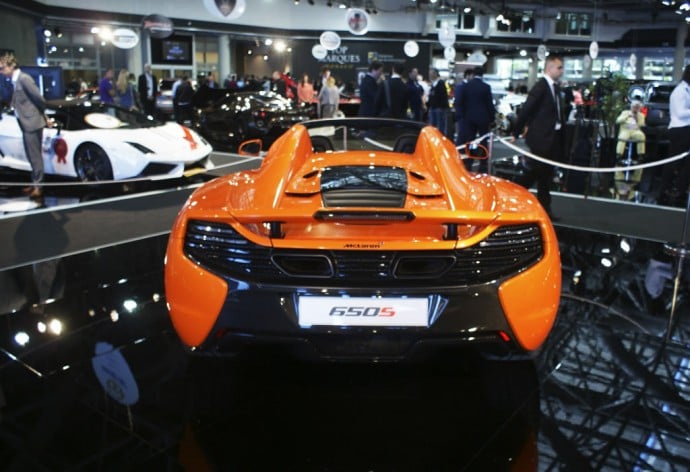 While last year’s show attracted 36,000 visitors over its four-day duration, including the Prince of Monaco, projected figures for 2015 anticipate even greater attendances including an online audience of more than one million. The event organisers have this year confirmed that a record breaking seven world debuts will be made at the show including five supercars and two motorbikes. Elsewhere, the usual assortment of luxury car brands such as Bentley, Mercedes-Benz, McLaren and Ferrari will be present alongside more than 60 exclusive concept cars and production models, all of which will be put on sale across the 106,000 square foot hall. This includes the AeroMobil 3.0, the world’s most advanced flying car prototype which will be one of many exhibits on show across the Grimaldi Forum. Further exhibitions will also take place at the Fairmont Hotel and the lavish Casino de Monte Carlo as part of an unprecedented partnership with the exclusive car show.

This is the consequence of a conscious movement by Top Marques’ organisers to expand across a wide variety of luxury goods including yachting, aviation, jewellery and art, ensuring something to entertain a wide range of interests. The feature that will garner perhaps the most interest of all however is the show’s unique opportunity for VIP guests to experience a customised test drive on the famous Formula 1 track.

Speaking ahead of the show’s launch, Steven Saltzman, director of Top Marques, declared: “for our 12th edition we have sought out the best of the best for our visitors from a flying car to a 1341 horsepower supercar. This exhibition is really about showing a glimpse of tomorrow, today!”

“We are especially thrilled to be showcasing so many Monegasque products, from some beautiful old classic cars from the newly established Monaco Legends Motors to one of the only cars ever to be actually made here in Monaco by local manufacturers Monte Carlo Automobili.”

Tickets are already available for direct purchase on the Top Marques website. Choose from a variety of packages from standard day tickets to a multi-day premium pass for an extraordinary voyage through the world of automobiles and luxury goods.

Tags from the story
Monaco, Top-Marques