A few months back, we saw Rich Benoit of the Rich Rebuilds YouTube channel successfully transplant a Chevrolet Camaro V8 into a Tesla Model S. The roar of a 6.2-Liter LS3 V8 fitted to a Tesla shell was oddly satisfying to witness, even though it pissed off a lot of Tesla fans. But to balance the scale, we’ve brought not one but two special fossil-fueled automobiles that have been converted to EVs. Mat Watson from Carwow reviews recently posted a video on YouTube that features a pair of Land Rover Defenders that might not look very different from the standard models they are based on, but that’s only until you pop the hood.

Created by Electric Classic Cars, both the Land Rover Defenders have their internal combustion engines swapped with Tesla-sourced electric powertrains. The hardware has been borrowed from the Tesla Model S 100D. The 100 kWh battery from the Tesla Model D located in its floorboard has been split into two for the Defender conversion. A 60 kWh battery pack is placed in the engine bay, and the rest finds its place in the trunk. This helped the engineers working on the project attaint proper weight distribution. Interestingly, both the electrified Defenders weigh the same as when they left the factory. The 1996 electric Defender named Doris weighs 4,409 lbs., while the 2010 ‘Spectre’ Defender tips the scale at 5732 lbs. 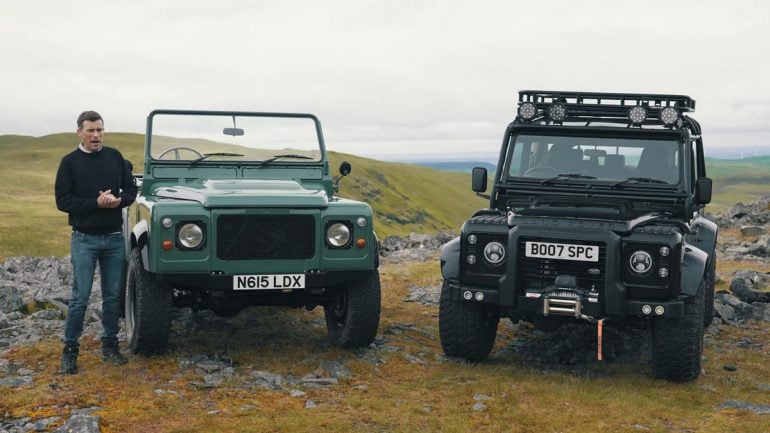 Both the electric Defenders feature pretty much the same powertrain layout. In the middle of the chassis is a Tesla motor, rotated and connected to prop shafts and electronic locking diffs at both ends. The Tesla motors used in the conversion produce 450hp and 450Nm of torque. And if you’re wondering how quick are the two electric Defenders, the heavier Spectre can make the 0-60mph sprint in 5 seconds, while Doris, with lighter weight, can zip to 60mph in just 4seconds. Mad, right! But they aren’t cheap. The Doris Defender with a range of 200 miles is worth £125000 (about $174,000), while the Spectre that mimics the sinister Defender from James Bond has a range of 150 miles and is priced at £150000 (about $208,000). 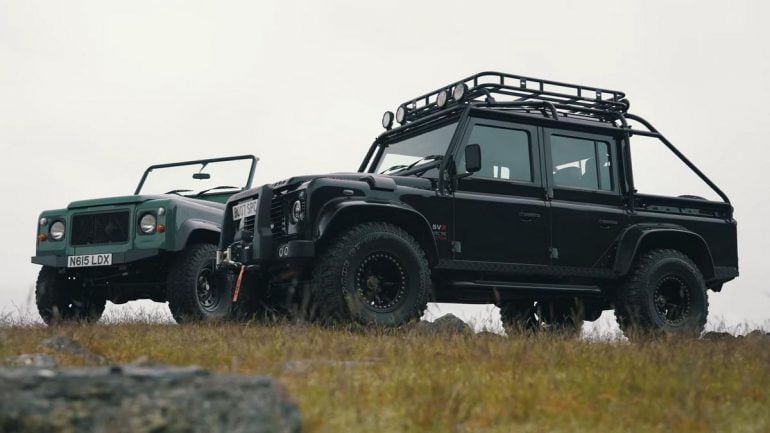 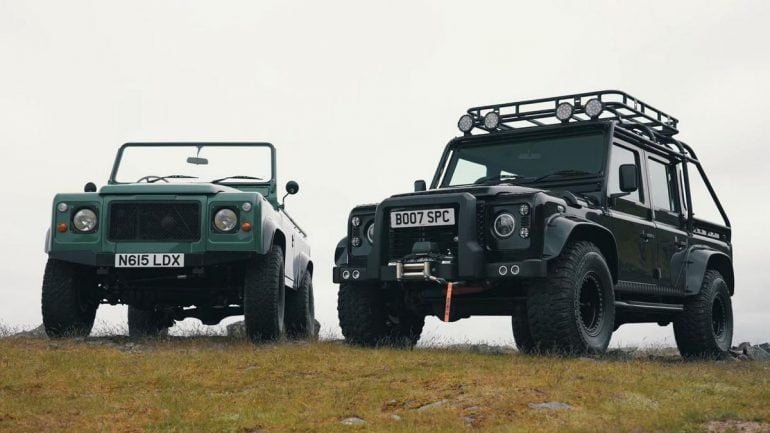 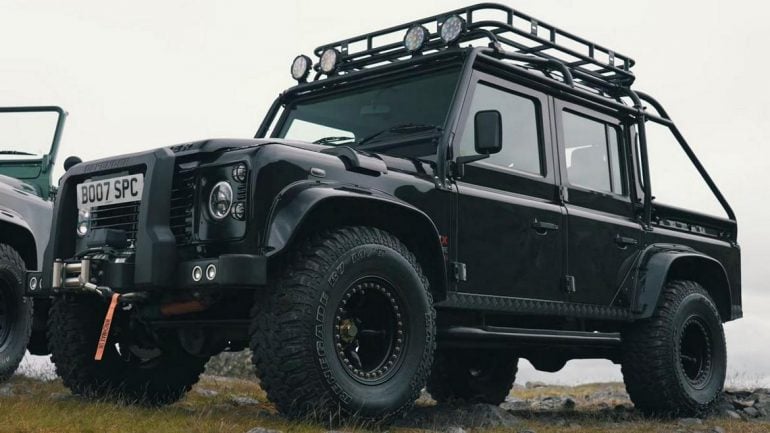 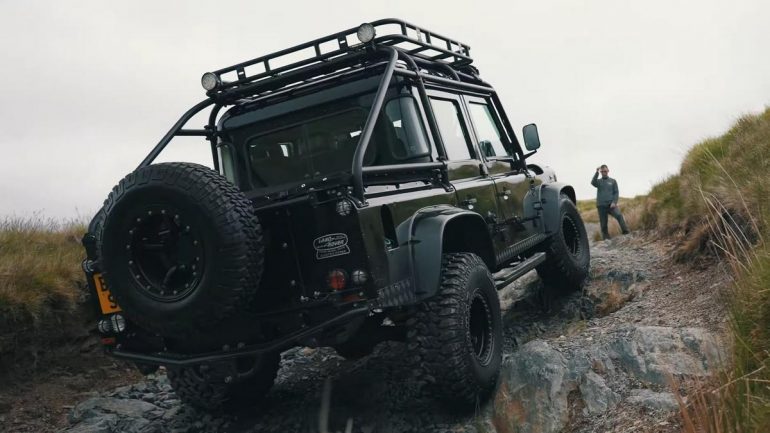 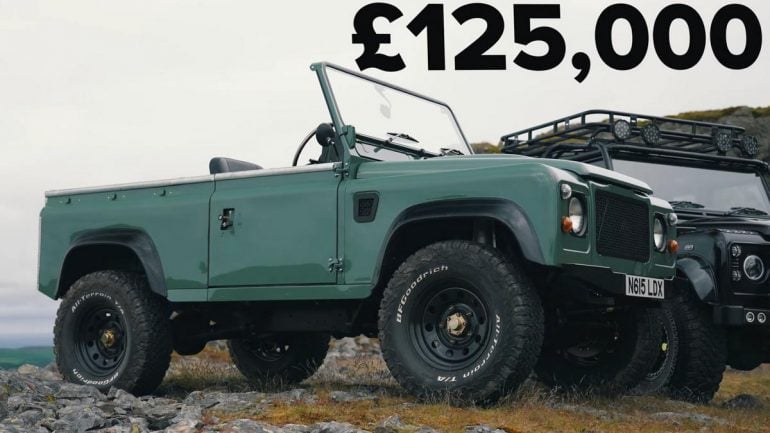 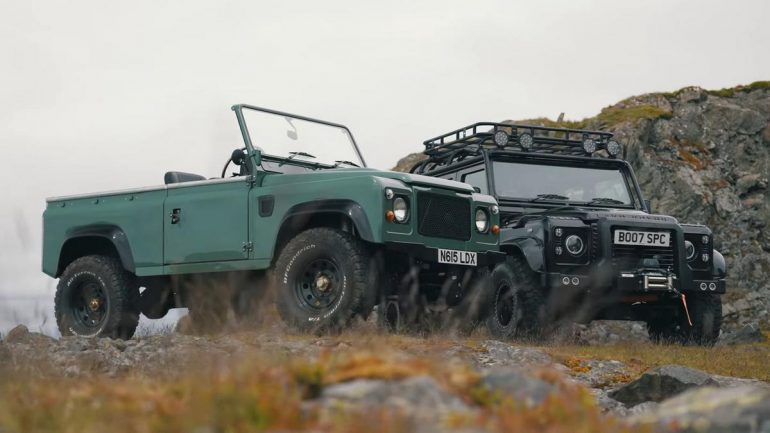 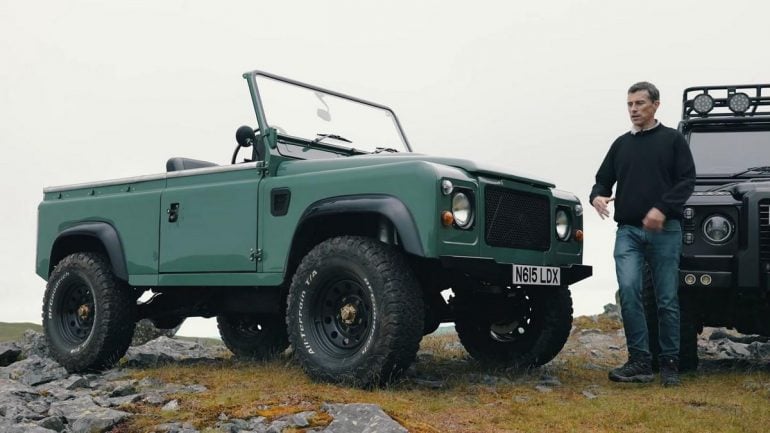 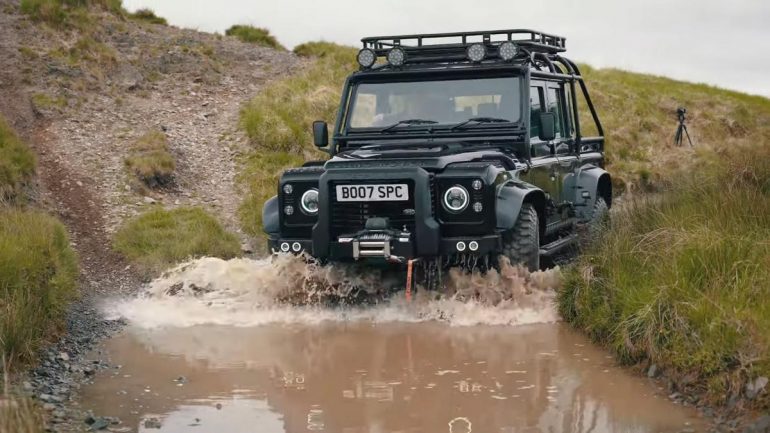 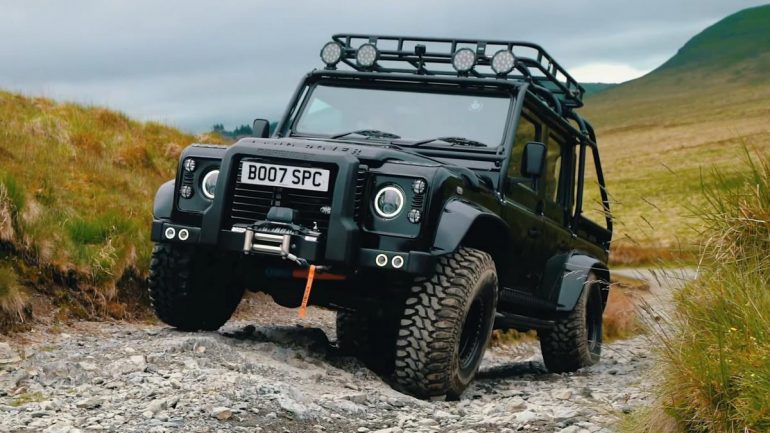 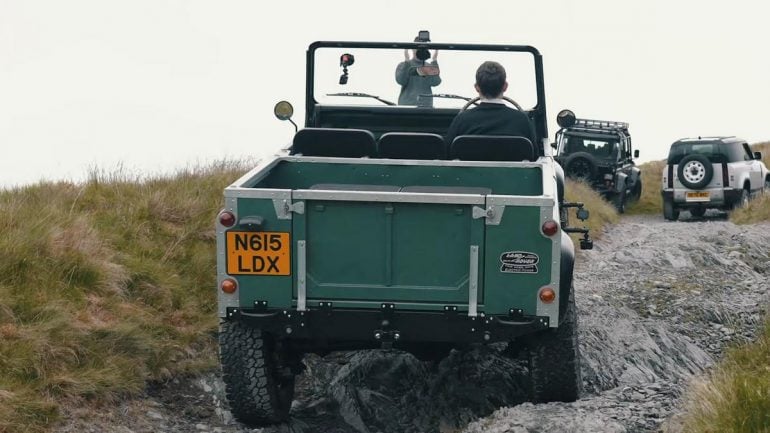 Tags from the story
Land-Rover, Tesla