ANA’s famed Star Wars jets will soon have a new addition. Themed after the famous Android from Star Wars, the C3PO themed Boeing 777-200 will fly from Tokyo’s Haneda airport to the town of Kagoshima starting March 21. The fuselage will be painted in bright yellow along and along with the Star Wars logo will have symbols and motifs bearing resemblance to Han Solo’s side kick. Passengers will be experiencing the world of Star Wars inside with specially designed Star Wars C3PO headrests and paper cups. Elevating the experience a bit further would be the cabin attendants wearing the C3PO aprons. 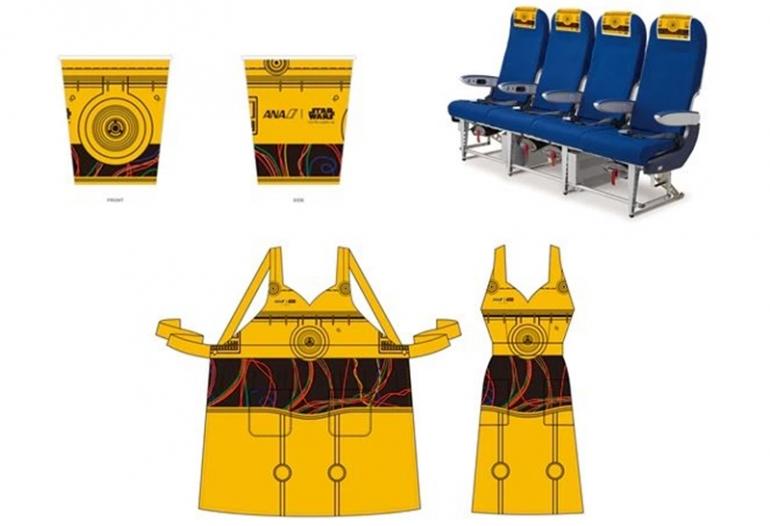 Perhaps soon they would add Star Wars sounds for the door openings and Yoda themed inflight announcements. ANA has been flying R2D2 and BB8 jets on the international routes since a while now.