The city of Dubai is already being hailed as the future horseracing capital of the world, given the infrastructure that it has for the same at present as well as the plans for the industry in the future. To add to that, the city is now going to have the world’s biggest horse racecourse soon. If you have noticed, nothing in Dubai is anything but big! This racecourse that is being called “Meydan” (the word stands for a meeting place where people discuss, compete and achieve), will be an entire city in itself and will be the new home of the Dubai Racing Club and the Dubai World Cup This gigantic project will span 76 million square feet and feature state-of-the-art dirt and turf tracks, while a world-class grandstand will boast a 55,000 to 60,000 capacity and span one kilometer.

Apart from the racecourse itself, the area will feature a world-class hotel, more than 10 restaurants, the relocation of Godolphin Gallery, the home of Dubai Racing Club, a museum, as well as covered car parking for 10,000 and a four-kilometre canal which will run from Dubai Creek to the racecourse. The grandstand will also serve during the off-season as a major dining, business and conference facility. The target opening date is for the 2010 Dubai World Cup. Of course, to mark its launch, the Dubai Racing Club has raised prizemoney for the showpiece race will be worth US$10 million to ensure the best horses in the world will be on hand for the opening. 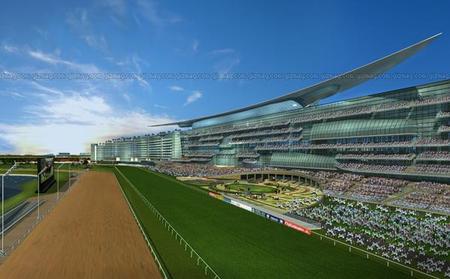 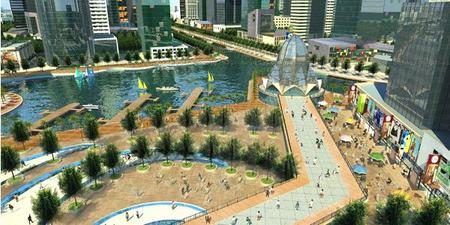