Chanel wowed us last year with when they dropped their Monsieur de Chanel watch, and this year the watch gets a dark new look just in time for Baselworld. The new Monsieur de Chanel features a limited edition 40mm platinum case with a sapphire crystal caseback that flaunts the movement inside.

Unlike its predecessor, this version features a striking black grand few enamel dial, which gives it much cooler look. The jumping hour and retrograde minute hand features remain the same, as does the Caliber 1 movement. 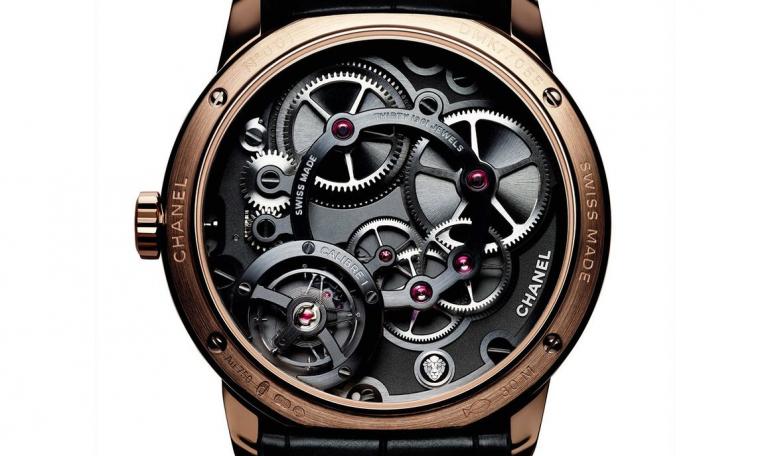 Only 100 of these black beauties have been produced so even the steep $63,000 price tag won’t deter collectors. Chanel has been upping their watch game lately and we’ve definitely taken notice. Last year’s Premier Flying Tourbillon and J12XS were pretty additions to the company’s roster of watches and we’re hoping that in time, their watches for men will be just as diverse.

Tags from the story
Chanel, Limited-Edition