The Porsche Club of America which is also the largest single-brand club in the world with more than 100,000 members will celebrate its 60th anniversary come 2015. And, Swiss luxury watchmaker Chopard is celebrating 25 years as sponsor of the Mille Miglia in 2014. To honour the two incredible milestone anniversaries, a 66-piece limited edition of Chopard’s 2014 Mille Miglia model has been launched which was introduced for the first time 7 months ago at Baselworld. The collaborative effort comes at correct time as Chopard announced its sponsorship of Porsche Motorsports at the Geneva Motor Show earlier in 2014 and is already the main sponsor of the prestigious Mille Miglia and the Grand Prix Historique de Monaco. 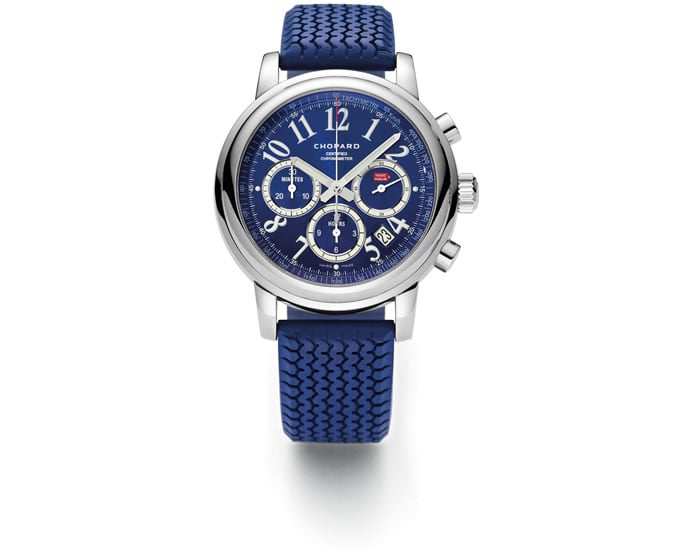 The Chopard’s 2014 Mille Miglia watch is a true collector’s item due to its desirability and rarity; limited to only 66 examples, 60 pieces will be available in a 42 mm stainless steel case and 6 in 18-karat rose gold. The retro-inspired automatic chronograph is crowned by a bright blue dial augmented by vintage-style fonts and white scales emphasizing its old-school tachymeter, which can be used in conjunction with the chronograph to measure distances. The stainless steel version is priced at $5,990, while the six 18-karat gold pieces available can be purchased for $21,000 each. The Chopard Mille Miglia for the Porsche Club of America can be ordered immediately with delivery expected for early December. 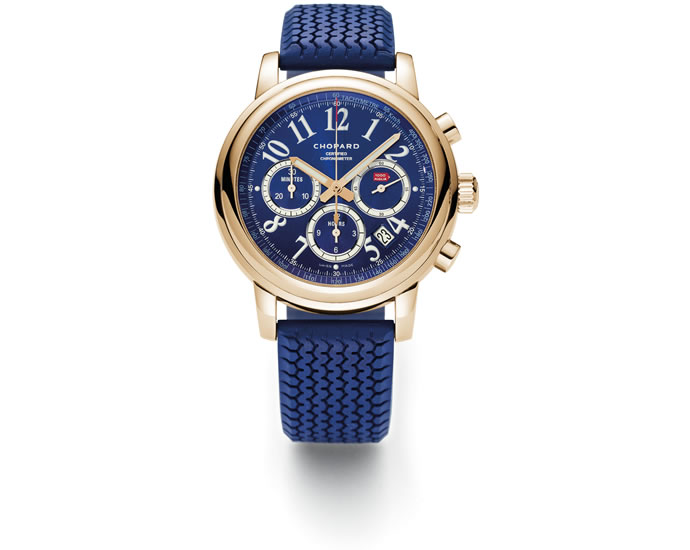 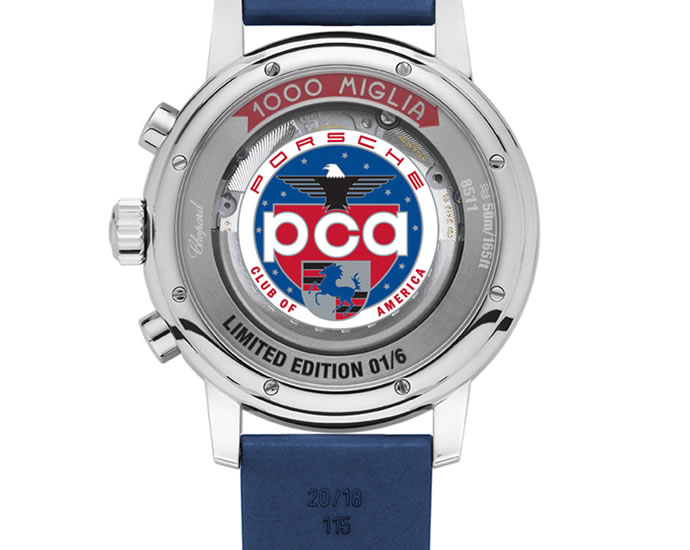 Tags from the story
Chopard, Limited-Edition