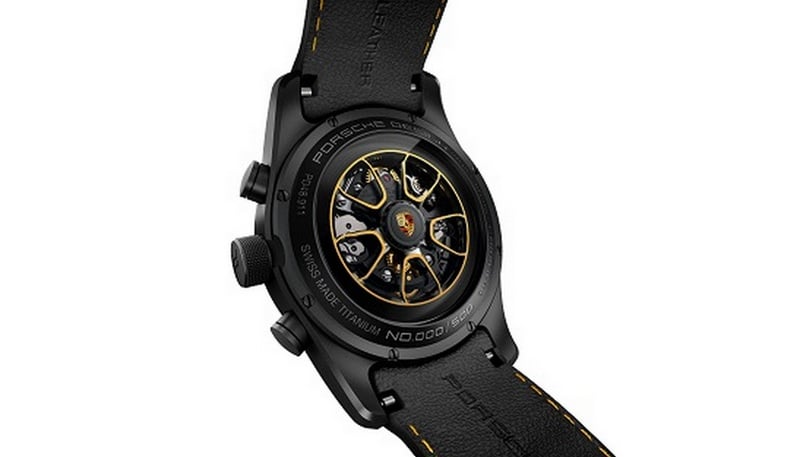 Using the design cues from the 911 Turbo S Exclusive series, the special chronograph incorporates the classic attributes of Porsche Design timepieces. For the watch, Porsche Design developed its first mechanical in-house movement and the development of the calibre Werk 01.200 took three years. It terms of the design of the timepiece, the carbon dial is offered in six colors of Golden Yellow Metallic, Carrara White Metallic, Agate Grey Metallic, Black, Guards Red, and Graphite Blue Metallic, along with matching seams in the same colors. The Black hands feature white SuperLuminova coating for maximum readability. Other special design touches include a Matte-black movement with chrome-plated bridges, plates and polished screws and engraved Porsche Design icons. The rotor is designed and finished to match the original wheel rim of the 911 Turbo S Exclusive Series.

Tags from the story
Chronographs, Porsche