For many years the Porsche Boxster and the Cayman stayed under the shadow of their more potent sibling, the 911 range, but in the recent years both the mid-engine sports cars have gone from being the poor man’s Porsches to really impressive engaging racers. The Porsche Boxster S and the Cayman S were the range topping models up till now, but the German marquee has extended the line-up by adding the GTS badge for the first time since 1963 to both the sportscars. With the Grand Turismo Sport insignia comes more power and more torque making both of them even more fun to drive. The 2015 Porsche Boxster GTS and Cayman GTS have gained 15 extra horsepower and 7.3 pound-feet more torque more from the S models from the same 3.4 liter flat six engine. 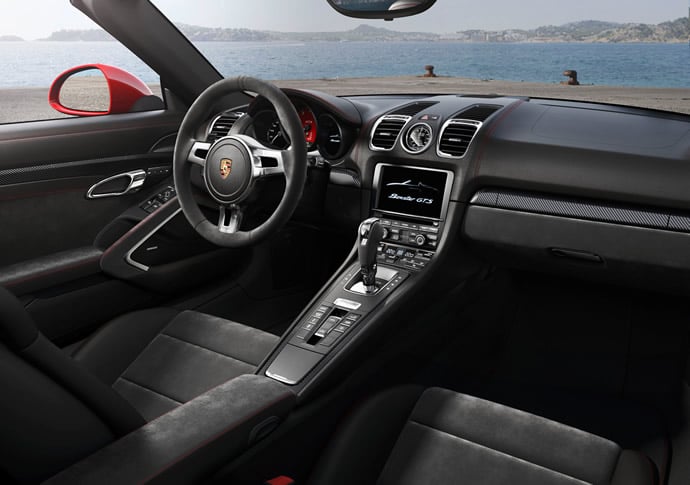 The Boxster GTS has 330hp and 273 pound-feet of torque to its disposal which helps it go from 0-60mph in 4.4 seconds. The Cayman GTS on the other hand has 340hp and 280 pound-feet of torque and can reach to 60mph from standstill in 4.3 seconds. Both also come with the Sport Chrono package as standard, along with adjustable suspension and 20-inch alloys sporting a black paintjob to match the dynamic headlight surrounds and other muted trim. On the inside, the cabins of both the models have been decked out with Alcantara trim and sports seats. The European versions will be offered with a stiffer suspension setting lowered by 20 millimeters. Both the models will hit the showrooms by this summer with prices starting at $73,500 for the Boxster GTS and $75,200 for the Cayman GTS which excludes the $995 for delivery. 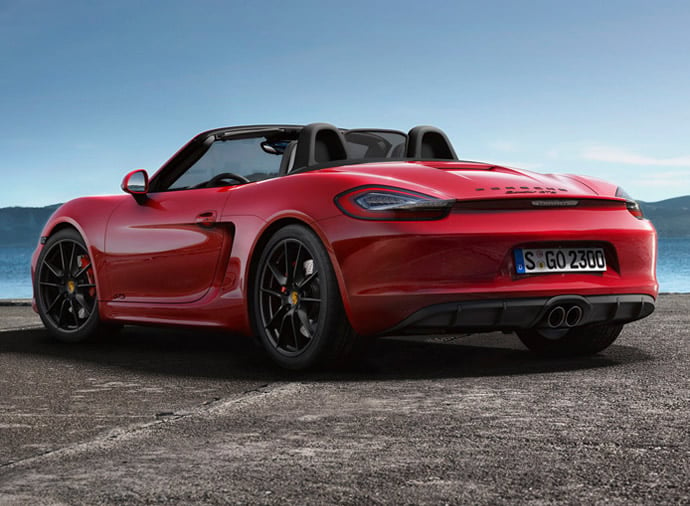 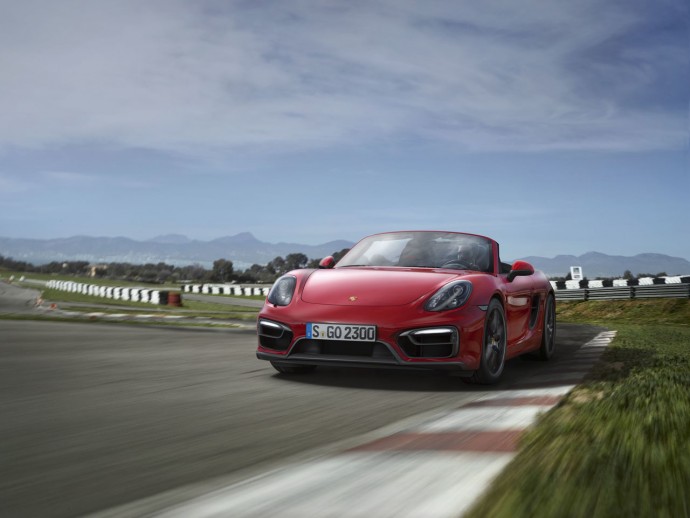 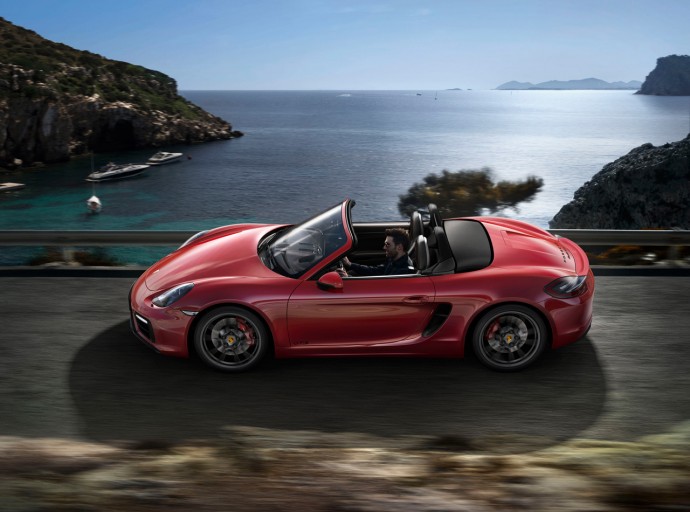 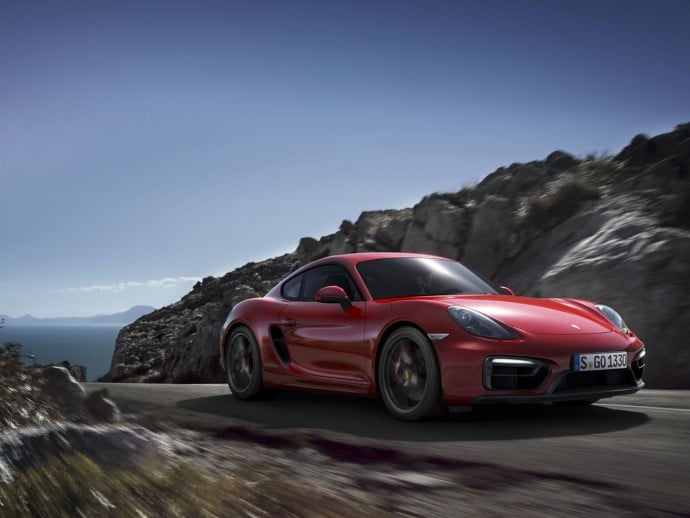 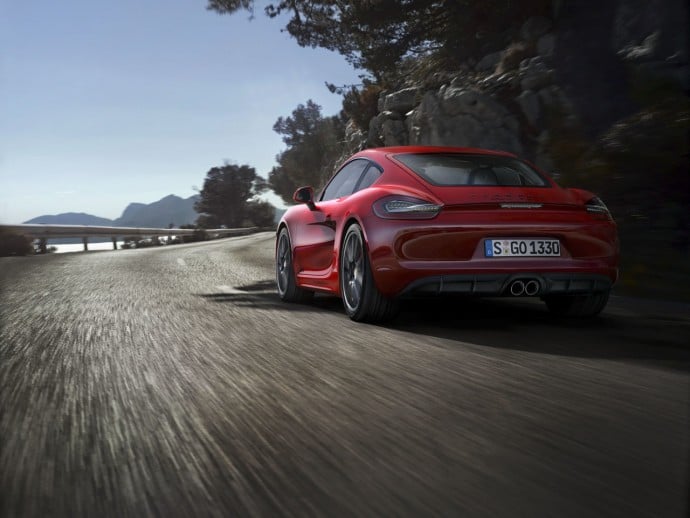 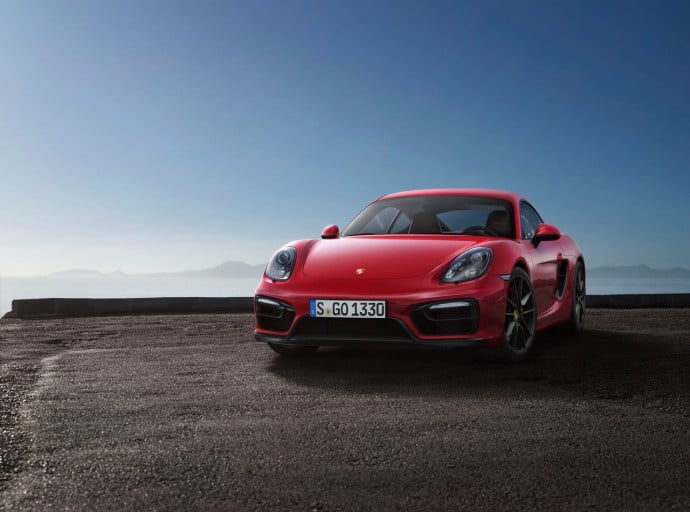 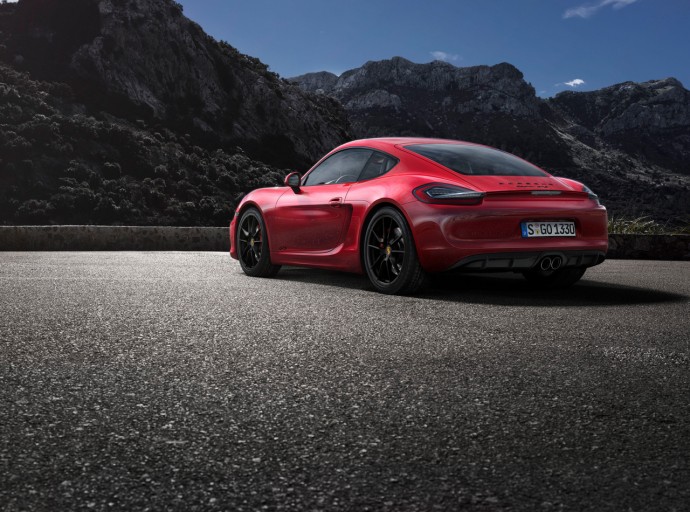 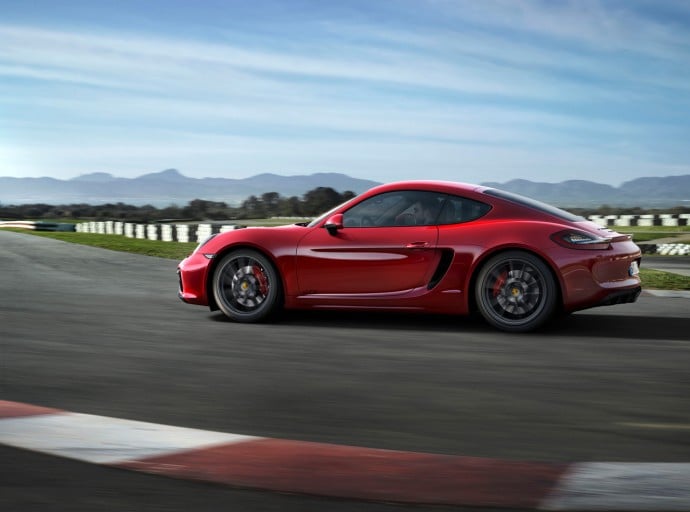 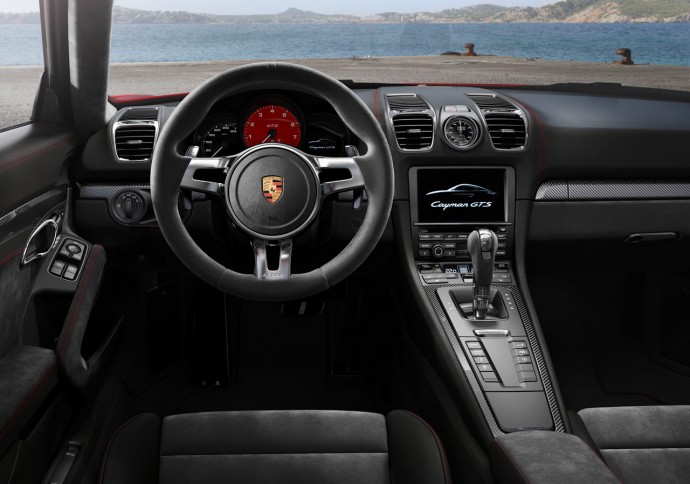