On the opening day of the Watches & Wonders show in Shanghai, Roger Dubuis has released a new over-the-top timepiece that it describes as ‘the epitome of excess’. Called the Excalibur Superbia, the jaw-dropping contemporary watch guarantees of extravagance, which is reflected in its name – Superbia is Latin for pride, the most serious of the seven deadly sins. Enveloped in hedonism, the latest Roger Dubuis takes the horological art of gem-setting to a different level. The timepiece is crafted in palladium-enriched white gold, while the entire surface of the watch including the flange, bezel, case, and crown are set with exactly 600 precious white diamonds and blue sapphires. According to Roger Dubuis, each and every gemstone is first cut into a tetrahedron to help create a seamless application on the surface. In addition to that, each of the 238 stones featured in the case of the Excalibur Superbia has a different shape and completely unique. 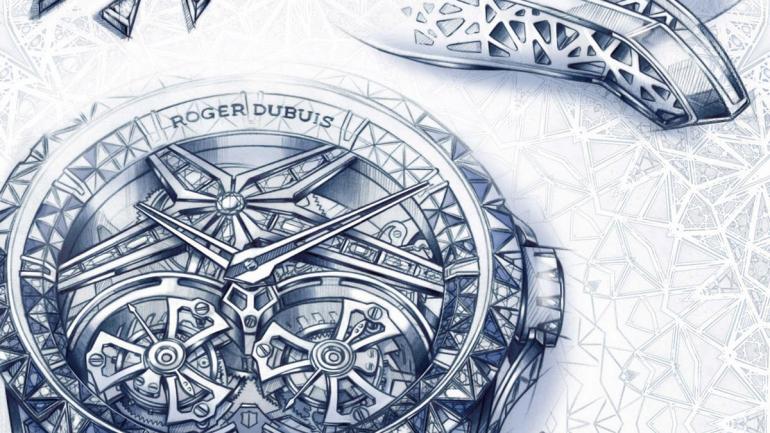 On average, it takes 30 minutes to make a single groove in each gemstone, which translates to 900 hours of work to create grooves on all three sides of the 600 diamonds. On top of it, the gem-setters take another 420 hours to set the stones on the watch. Roger Dubuis says it will take at least three times the time to set the same case with baguette-cut stones. Incredible! Powering the new Roger Dubuis Excalibur Superbia is a brand-new Double Flying tourbillon movement, the RD108S. Inspired by the iconic signature caliber launched in 2005, it’s the first double-regulator caliber connected with a differential, built up in volume, and adorned with a diamond-set star. The Excalibur Superbia is a one-off timepiece that will sell for $858,500. 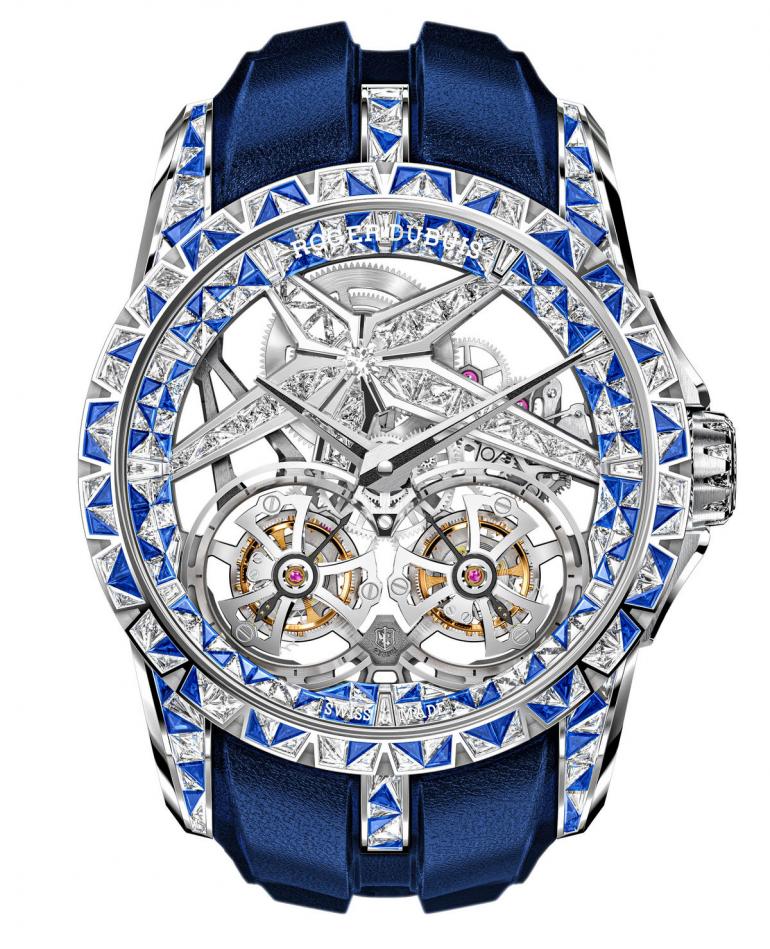 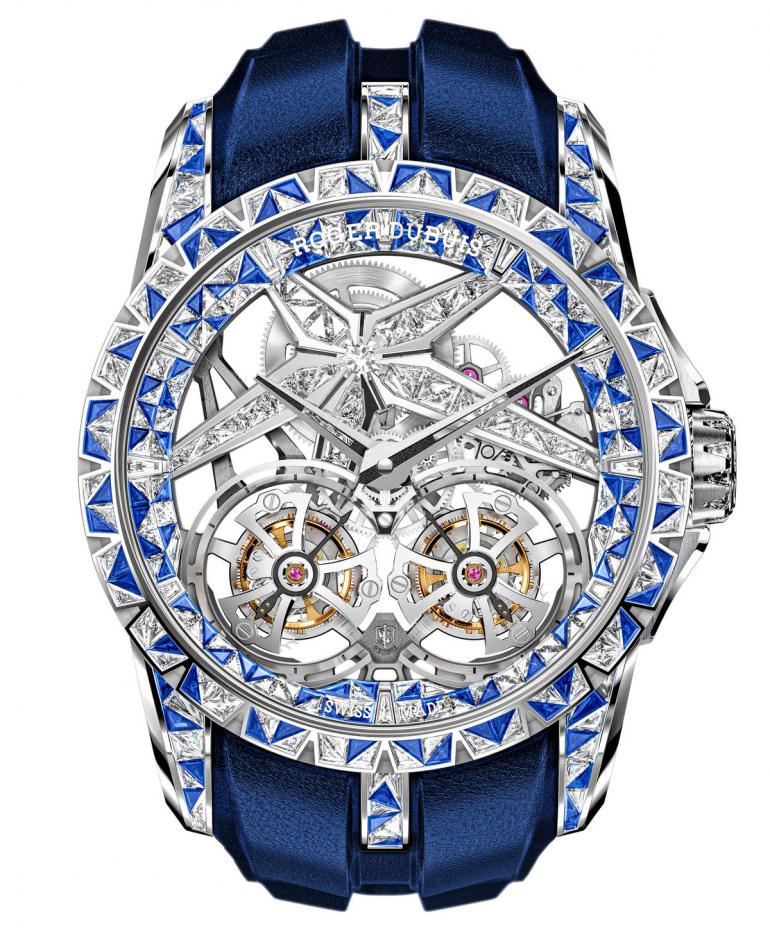 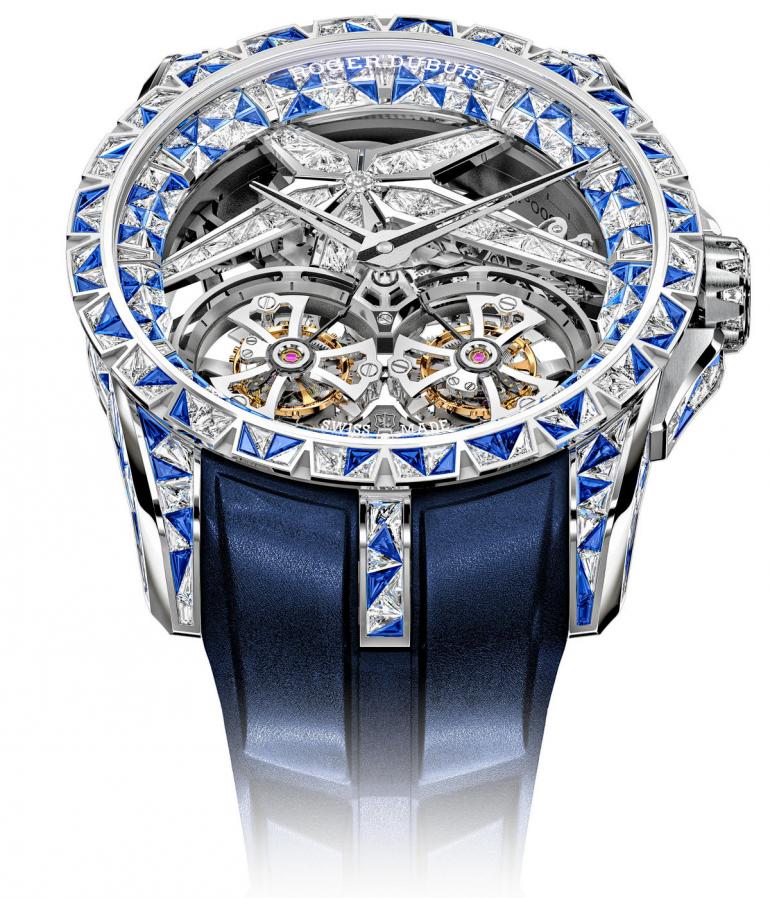 Tags from the story
Roger-Dubuis