Watchmaker Urwerk is known for pushing the boundaries of innovation, both in terms of design and mechanics, to create some of the most unique timepieces. It’s not every day that the brand introduces a completely new timepiece, not an iteration of one of their existing pieces. The watchmaker has revealed its latest creation, and in true Urwerk fashion its design is quirky and fantastic. Called the UR-111C, the new timepiece is a part of the brand’s “Special Projects” line; however, it doesn’t have Urwerk’s signature “satellite hours” complication. Instead, the watch has linear retrograde minutes, and in fact is a successor to the incredible Urwerk UR-CC1 “King Cobra” model which came out several years ago. 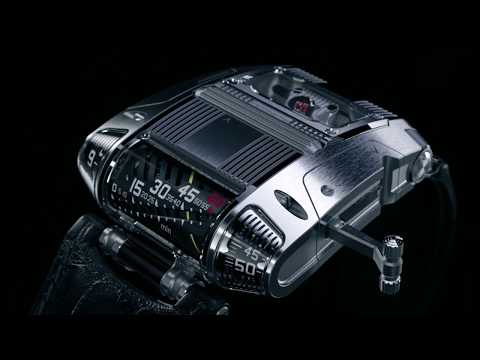 The new UR-111C by Urwerk might not look similar to the King Cobra, but it shares the front-facing linear display along with the unusual way of showing the running seconds on top of the watch. There are two conical displays on the front which have jumping hours on the left and running minutes on the right. Along with it, there is a unique helix-shaped minutes’ indicator in the center that also has a retrograde function. To take innovative time display to the next level, there’s also a jumping digital seconds display on the top of the watch that uses an array of optical fibers to project the numbers up toward the sapphire crystal window. The watch also doesn’t have a traditional crown. Instead, there are a pair of mechanisms for winding the setting the watch. The case measures 42mm x 46mm and is 15mm in height. Two versions of the UR-111C timepiece will be available: one with a classic polished and brushed steel case, while the other will come with a matte gunmetal finish. The watch will be a limited edition of 25 pieces for each version and has a price tag of CHF 130,000 (about $135,000). 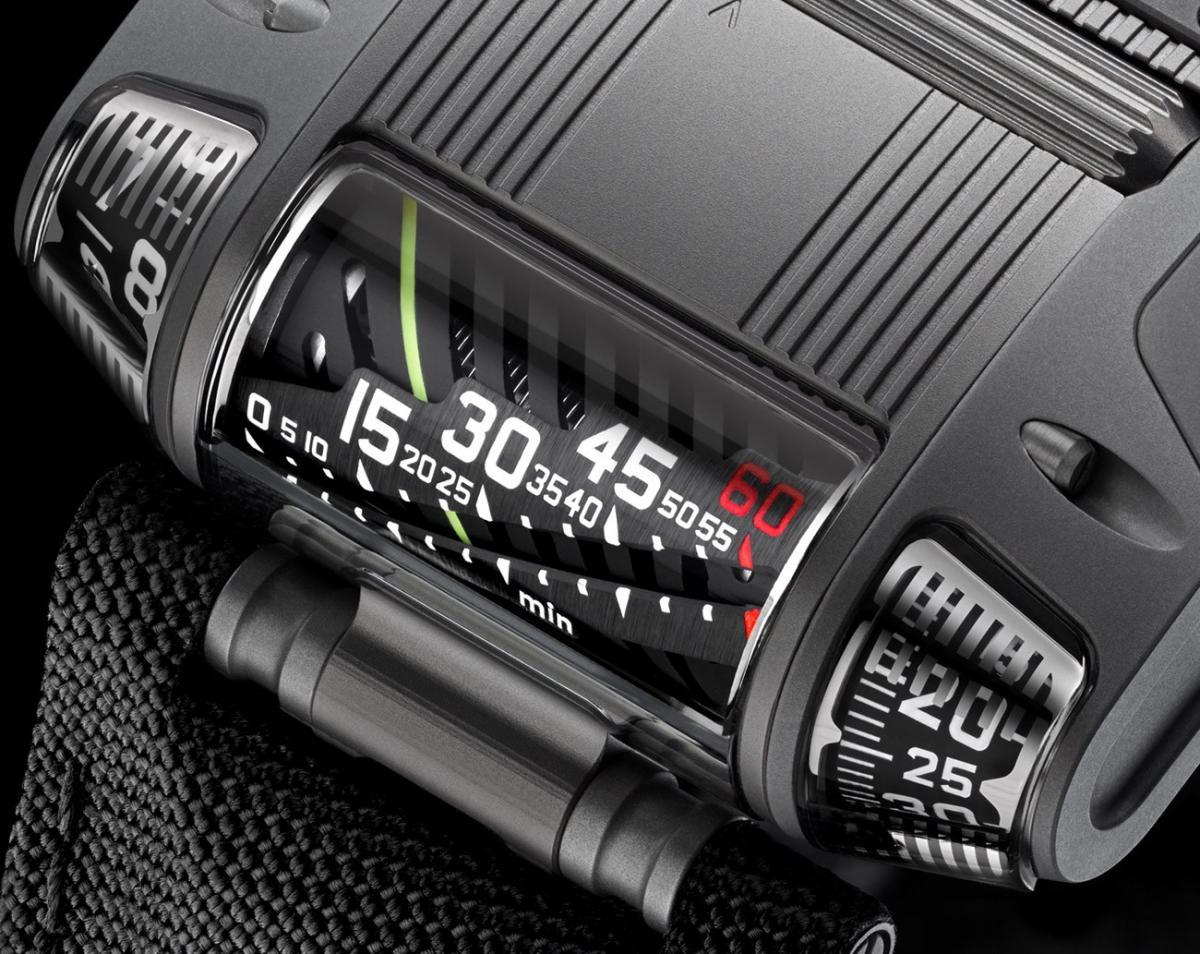 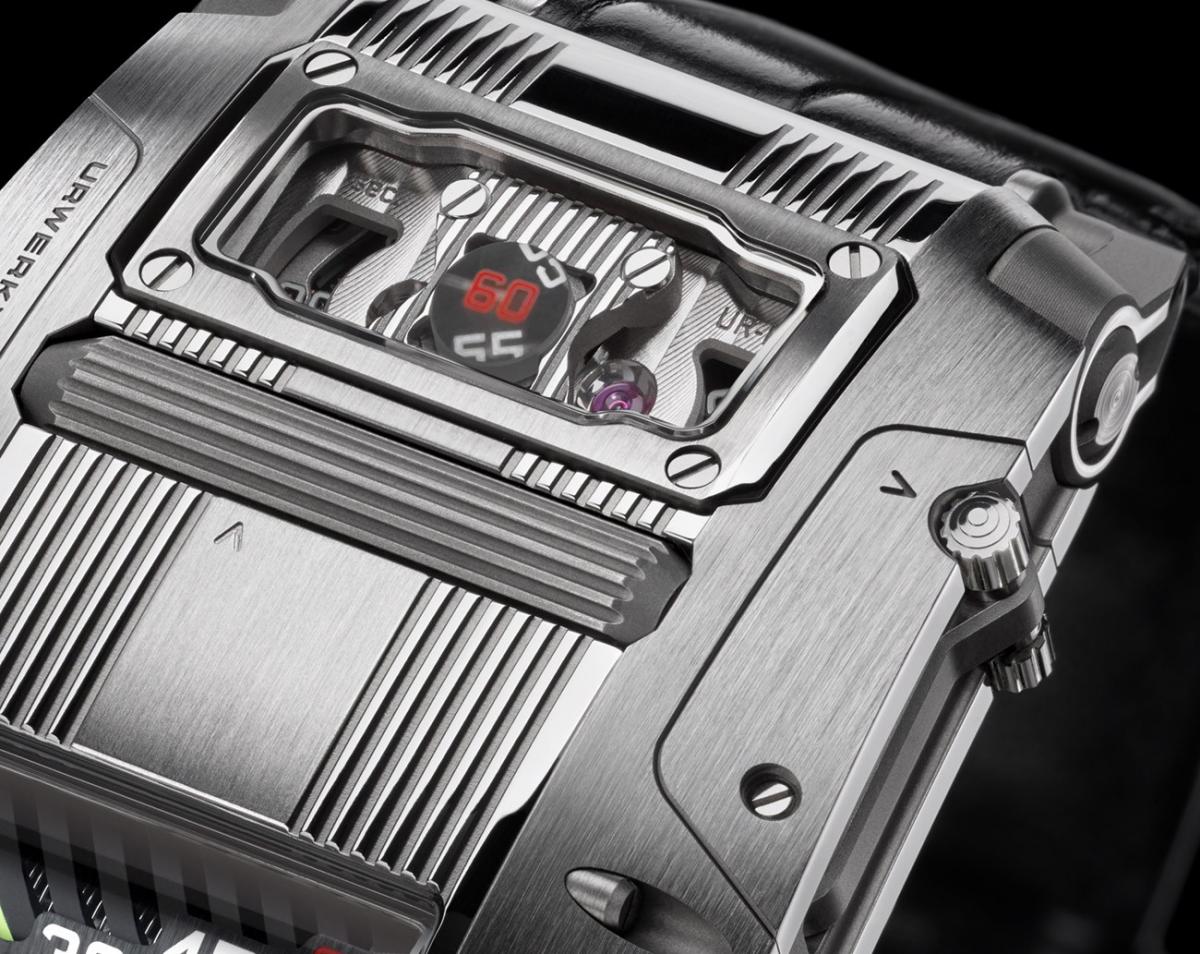 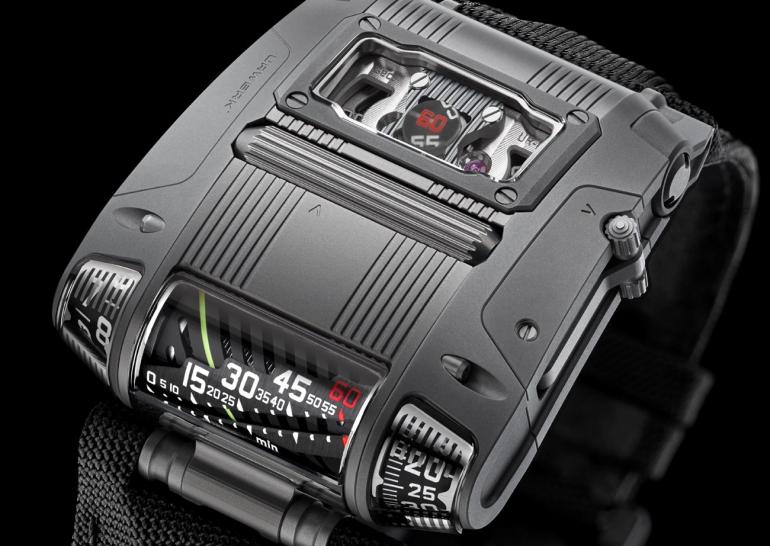