The Only Watch 2011 auction has seen some remarkable pieces that would go under the hammer for charity, and adding to that impressive list is the “From the Earth to the Moon” from Van Cleef & Arpels. The watch features a space theme, accented with inlays of jade, agate, meteorite, and champlevé-style enamel. Inspired by Jules Verne’s “Poetic Complication,” the watch actually sports a space capsule that stands for the retrograde minutes. The working can be best explained as “Positioned on the right of the dial, it (space capsule) sweeps downwards, from zero to sixty. It then returns to its starting point after the sixtieth minute. On the left side of the dial, a star indicates the hours in an upward movement. It returns to its starting point after the twelfth hour.”

The watch is powered by the JLC Caliber 846 manual-wind mechanical movement that features a retrograde module developed uniquely for Van Cleef & Arpels. 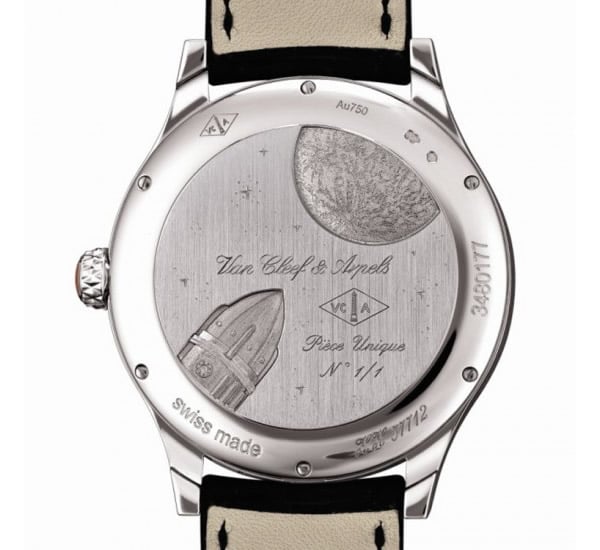