Some songs go down in history; they are life-changing, soul-stirring and absolute favorites for some. One such legendary song by a legendary Paul McCartney wrote this as “Hey Jude,” a song meant to comfort John Lennon’s 5-year-old son Julian as his parents were getting a divorce. Now, Paul McCartney’s handwritten lyrics for the song used in the studio when the Beatles recorded the 1968 classic, sold for $910,000 at auction Friday. The lyrics had a pre-auction estimate of $160,000 which means it sold for nine times its original estimate. Julien’s auctions also marks the 50th anniversary of the band’s breakup and includes other valuable items like the drumhead from the Beatles’ 1964 concert at San Francisco’s Cow Palace ($200,000), John Lennon and Yoko Ono’s Bagism drawing ($93,750), a shooting script for the “Hello Goodbye” video featuring handwritten notations by Lennon and George Harrison ($83,000) and Ringo Starr’s Abbey Road ashtray ($32,000). 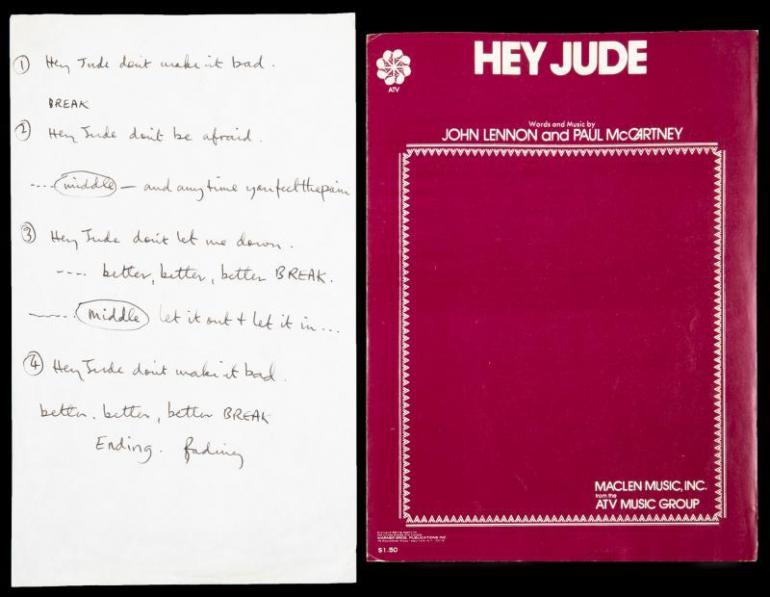 For ardent fans, Beatles memorabilia is top of the list when it comes to collecting memorabilia. The sale had been due to take place online and at the Hard Rock Cafe in Times Square, New York, but it was made online-only due to the coronavirus pandemic, the auction house said.