At Christie’s recently held “A Rolex Afternoon” sale in Geneva, Switzerland, an extremely rare white gold Rolex Submariner was auctioned for a whopping $628,572 USD, making it the most expensive Submariner ever sold publically. The watch is a prototype white gold Submariner from the early 1970s and only three examples are known to exist. While the rare watch doesn’t have a serial number, it is confirmed to be genuine and produced from Rolex‘s factory. It has been with the same private collector for more than 30 years. Being ultra-rare, the prototype Submariner had gathered a lot of attention before the auction and went on to fetch roughly 25 percent more than the estimated value. 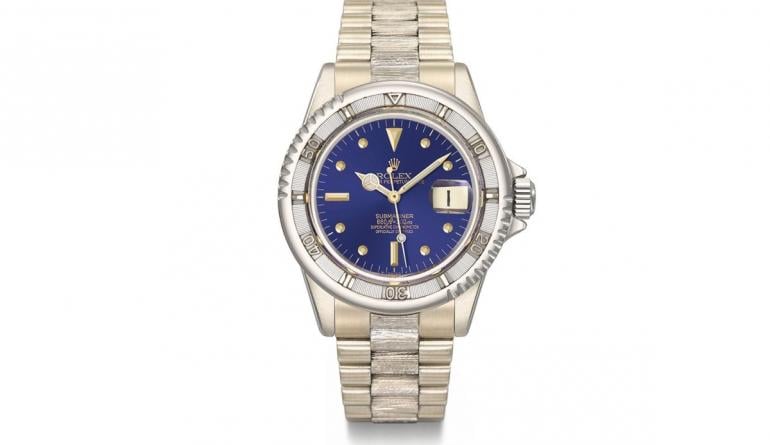 The watch has white gold case with a dive bezel with strange knurling on two opposing sections. The solid white gold bracelet has an interesting bark finish and the faded blue dial features yellow gold markers and hands. The former record-holding Submariner was sold for $568,561 USD in November 2016 at the Phillips Geneva Watch Auction.