We read about architectural concepts daily. As enthralling as they are as concepts, they don’t turn out to be a reality. The same cannot be said about MVRDV’s Shenzhen Terraces that has just begun construction after winning first prize in an international competition to design a new mixed-use center in Shenzhen’s Universiade new town. The Shenzhen Terraces project comprises a stack of accessible plates containing the buildings’ program in the thriving university neighborhood in Universiade New Town, Longgang District, Shenzhen. MVRDV founding partner Winy Maas calls it ‘a three-dimensional park’ comprising 20 different programs, including educational, commercial, and public transport, that blend into various outdoor green spaces. Interested in seeing more of this sustainable, innovation project that seamlessly integrates landscape, leisure, commerce, and culture? Read on: 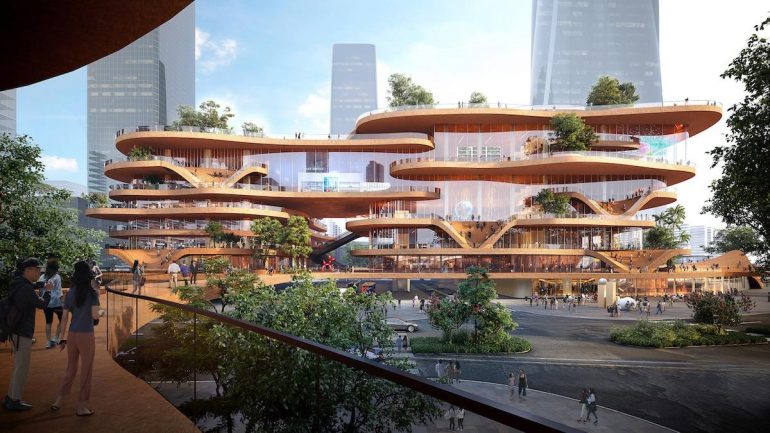 Spread across 95,000 sqm and envisioned as a sustainable hub, the Shenzhen Terraces sets a new bar in contrast to sky-high buildings. 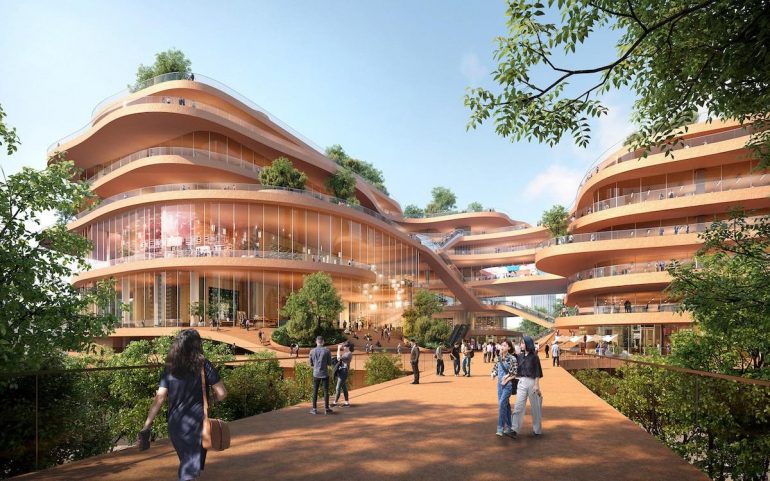 The horizontal plates are aesthetically pleasing and act as a cover to withstand Shenzhen’s subtropical climate, while the rounded forms promote wind flow and natural ventilation. 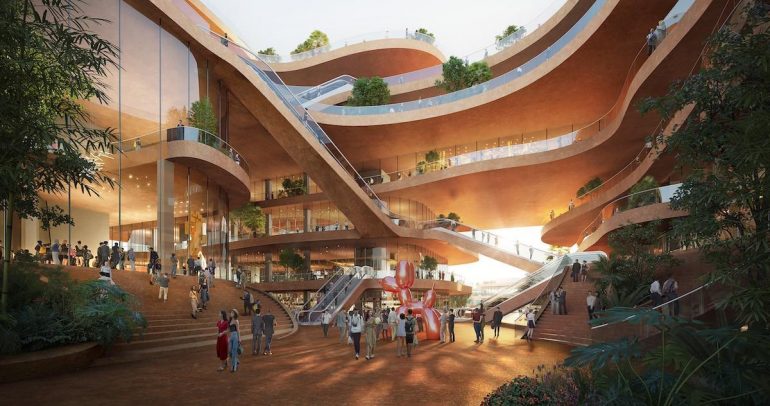 MVRDV founding partner Winy Maas says, “Shenzhen terraces can be seen as a three-dimensional park that makes it possible for students to walk outside to their lectures in the warm weather instead of being locked inside. In this project, we are not working against the climate but with the climate. the naturally ventilated terraces, protected from the sun by overhangs, will soon become fantastic hangout spots for people to meet and study.” 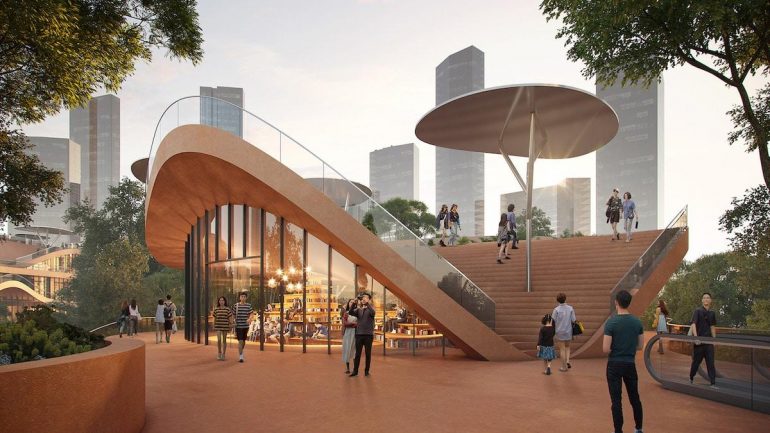 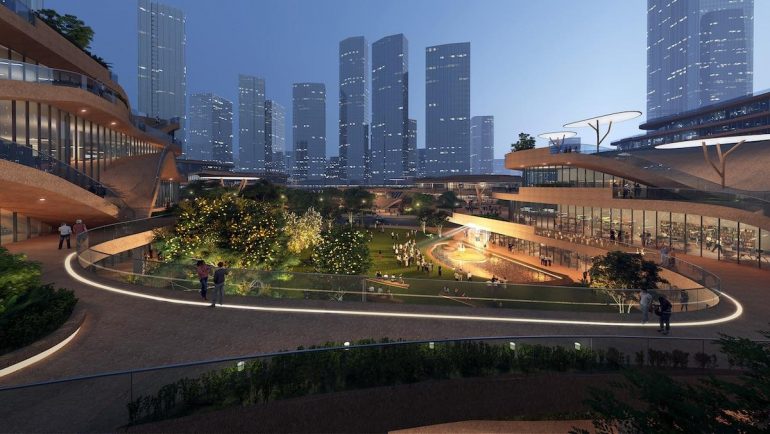 At the center of the largest building, the terraces curve inward to form an open-air atrium on the east of the site. This allows air and landscaping to penetrate different structures and adds life to the libraries, theaters, educational and commercial programs of Shenzhen Terraces. 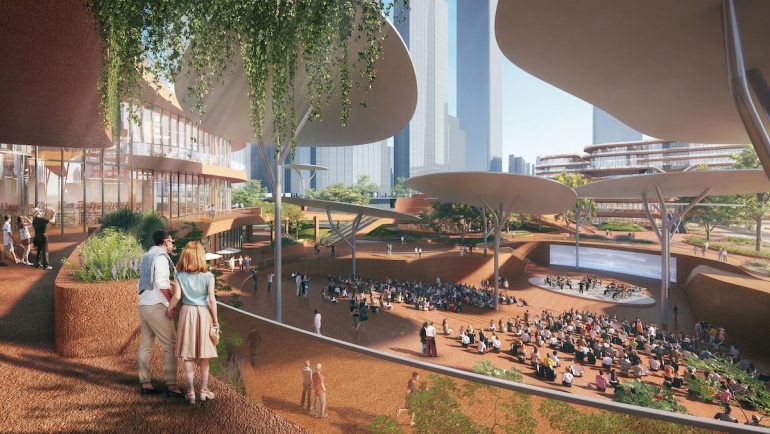 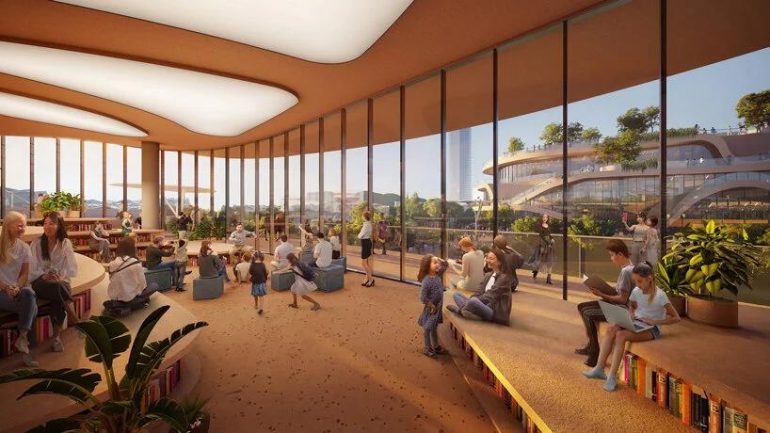 the library acts as the glue that brings together the two buildings to connect them over educational and commercial programs such as a Youth Activity Centre and a Youth Entrepreneurship Centre, with a “books park” outside. 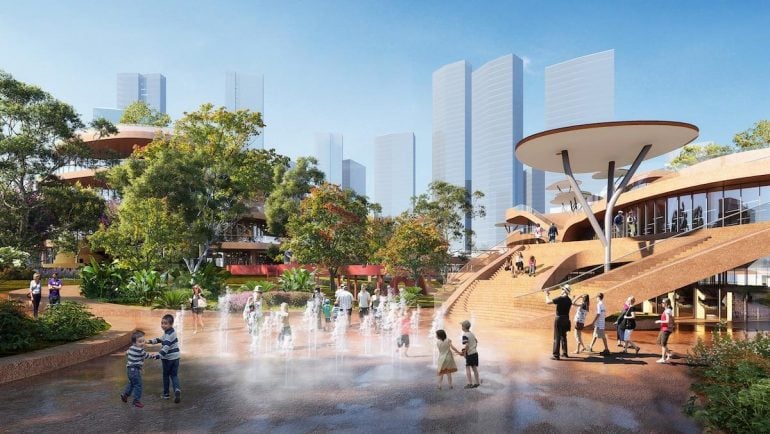 The landscaping is formed in collaboration with Openfabric. One will spot several patches of jungle-like greenery and public programming between pedestrian routes. There are water play areas and fountains incorporated for children too.