In 1999 Clive Christian took the reins to one of the oldest British perfume houses, The Crown Perfumery. He soon after gave the world the Original Collection of perfumes, 1872, X and No.1, which became recognized by the Guinness Book of Records as The World’s Most Expensive Perfume. That said, it is a relief that the latest release from the luxury label doesn’t top the charts for its pricing. However, it may just take the crown for its mulled machismo on the one hand and, on the other, its feminine refinement!

Pure perfumes in complex formulas with the most precious natural ingredients from the corners of the British Empire have been Clive Christian’s patent. Of the latest launch out since mid-2012, it is said that Clive asked his eldest daughter Victoria to select two perfumes from his Private Collection that he ultimately named as a tribute to her choice and to her namesake, Queen Victoria, herself, who uniquely crowned the perfumery in 1872. 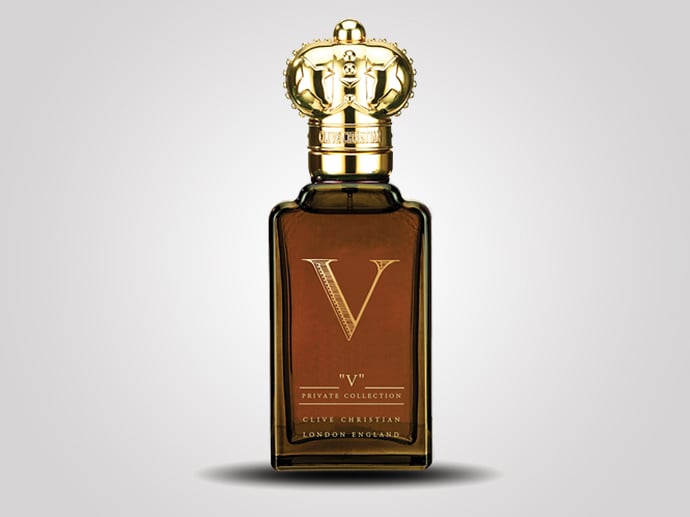 Thus named ‘V,’ the second release from the Private Collection of the Brit brand channels white floral chypre and bottles orange blossom for women, with rose and jasmine and bright lavender, all entwined in soothing chamomile for a spirited essence. While “V” for Men remains the spicy oriental, the bravado-infused fragrance that fashions frankincense, precious woods, and resins even as pink, white and black pepper interlocked at the core evoke ardent vitality and strength. Both versions are priced at $405 and packaged in a precious 50 ml.