Expanding the range of portable audio players, Astell & Kern has launched yet another device in a span of just one year. Joining the AK100 and AK120 music players is the new offering by A&K, dubbed the ‘AK240’, which was shown off at the 2014 Consumer Electronics Show. The music player might come with the initials of the world’s most dreaded assault rifle, but it intends to woo the high-end buyers with its premium design and built quality. The signature analog volume dial is the most prominent feature of the design, something common with the rest of the line-up, followed by the sharp edges of the music player which is something new for a A&K audio device. The casing of the player is a fusion of metal and carbon fiber which we must admit looks brilliant.

Learning from the deficiencies of the previous models, Astell & Kern has given the new AK240 oodles of fresh upgrades including the new operating system. The OS on the previous models were Linux based and were a crawler, whereas the new OS is Android based and has an improved user interface. The AK240 is also the first audio player by A&K to feature Wi-Fi and offers 256GB of internal storage and a micro SD slot for an extra 128GB. As far as the price goes, if the $1300 price tag of the AK120 model was too steep for you, the AK240 will leave you teary-eyed. The official pricing has not been announced yet but the company has started taking pre-orders or around £2,200 (US$3,680). 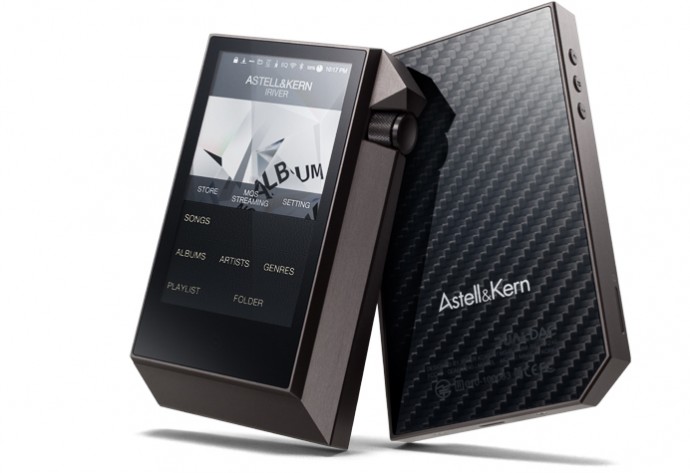