Japanese Foods Company Nissin has always garnered attention for its lucrative and inimitable marketing campaigns for their much-favored Cup Noodles. In continuance with their out-of-the-box campaigns, Nissin recently undertook an exhaustive and extensive analysis into the noodle eating rituals on a global platform and resolved the much persistent slurping issue.

Labelled ‘Otohiko’, Nissin’s state-of-the-art technology entails a novel device that syncs up to a smartphone app which detects slurping noises and produces a counter-noise that will cancel out the slurps. Talk about some intense research and study! 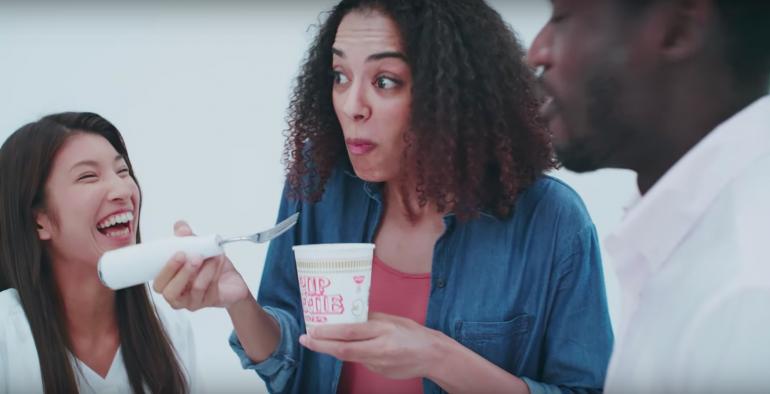 The Japanese innovator is launching 5,000 slurp-canceling forks priced at ¥14,800 JPY (approximately USD 130) but there are some strings attached. Nissin will only go into production if the company receives 5,000 pre-orders by December 15.