There’s something about the gritty tone of a vinyl record playing off a needle cartridge that really makes audio sound so appealing. Of course high-res audio files and high-end components make for a fantastic audio experience too, but vinyl is vinyl and I don’t believe it’ll ever go out of style especially if guys like Gramovox keep dishing out players like the Floating Record, Vertical Turntable. 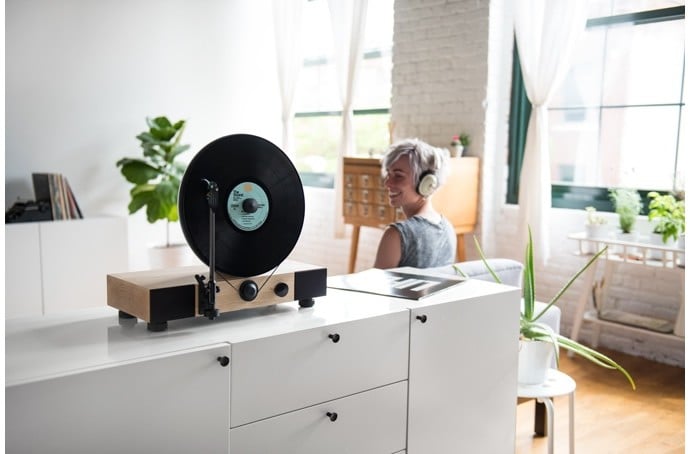 Although it begs the question – ‘if it ain’t broke….?’- the start-up on Kickstarter isn’t trying to reinvent the wheel with their player and it’s unique design, they just wanted to make it more “interesting”. The Gramovox player is an all-in-one-unit that steps out the conventional spectrum and brings a new and unique style of listening to music to the turntable (pardon the pun). Instead of placing a record horizontally, this player is built to play a disc standing upright. With its vertical arm and full range speakers built in, the Floating Record player also features an audio out (RCA) option should you decide to hook it up to your Hi-Fi. It’s an innovation that looks well designed, seems easy to use and sounds great too, so says the professionals down at Chicago’s Earhole Studios. The Tymphany 2 inch neodymium speakers used in the build are designed to produce “the best possible sound without compromising on aesthetics or performance.” 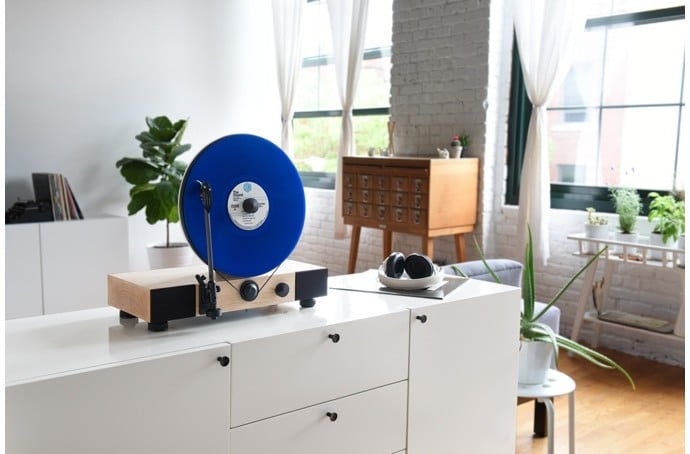 Other components used include a fully-adjustable carbon-fiber tone-arm, a polished Acrylic platter, an Audio Technica AT95E cartridge, a felt mat, a silicone belt and American dark walnut and maple woods for the base to give it that old-school classic look.

All Floating Record units will be shipped by Gramovox in a custom, reusable carton for the Kickstarter price of $349 (not including Shipping) for either wood option. Shut up and take my money already!

Tags from the story
Turntable