Big Foot Developers have revealed plans for a new restaurant that will combine elegant food and architectural excellence into a one-of-a-kind dining experience. Called the Floating Restaurant, the structure is a giant glass cube suspended by steel cables between two smokestacks of the old Glenwood Power Plant. The restaurant will be a part of The Plant – the rehabilitation project that aims to transform the old Glenwood Power Plant which once powered the New York Central Railroad into a massive event center with spaces for exhibitions, events, conferences, and performances. 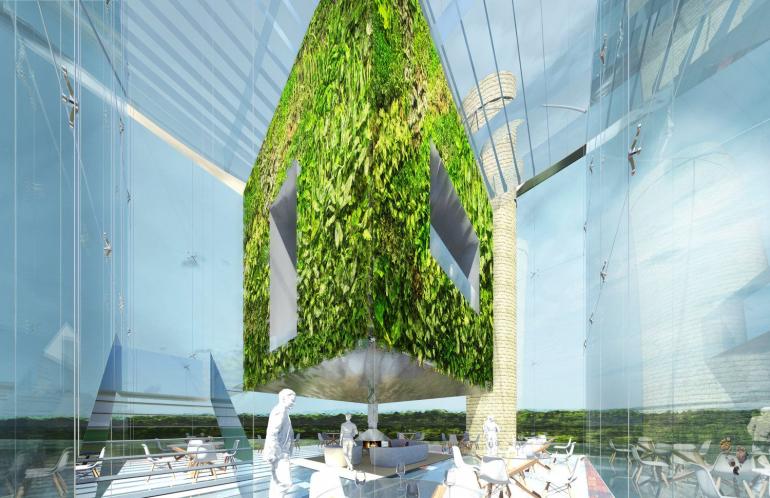 Since the plant is located on the Hudson River, diners at the restaurant will be treated to exquisite water views. 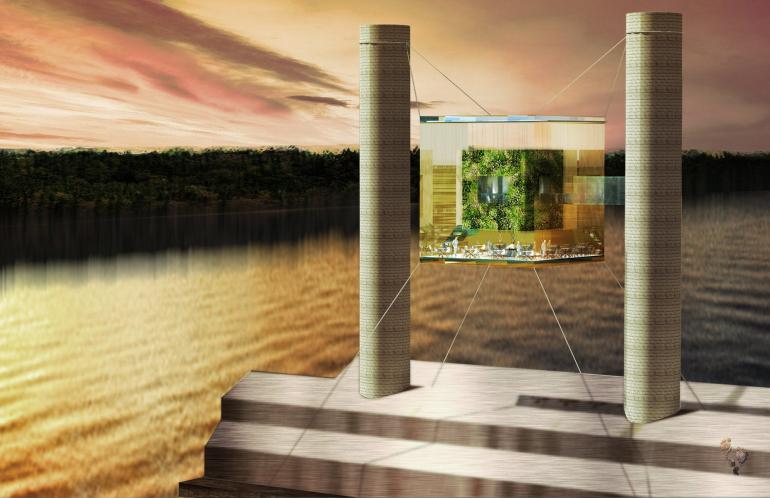 In a bid to blend nature with architecture, the restaurant would feature a green space inside which would serve the additional purpose of hiding the kitchen. 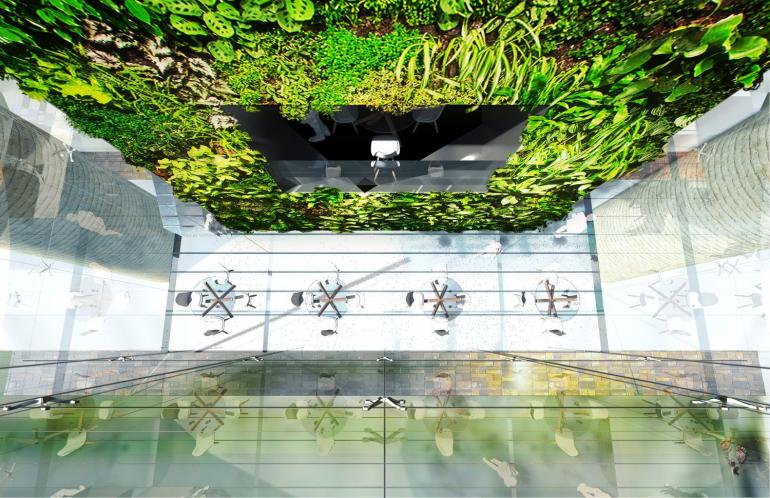 Tension steel cables would suspend the proposed 44 ft. (length) x 48 ft. (height) cube between the two smokestacks. The restaurant would be accessible via a staircase and elevator built into one of the smokestacks. 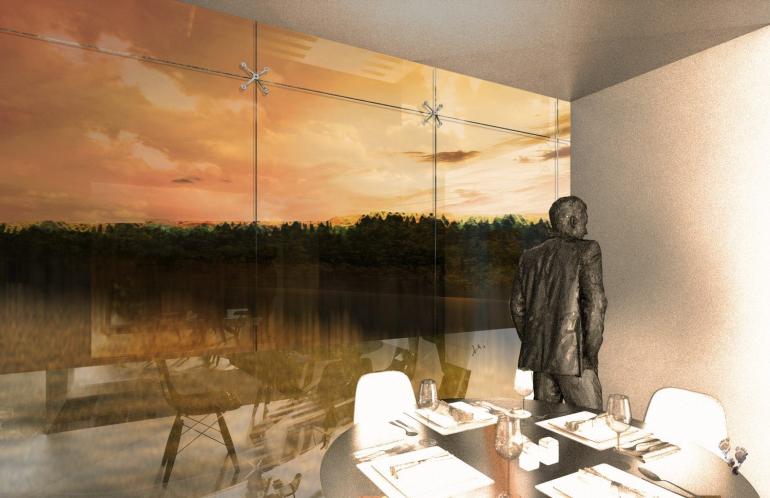 Given the unique nature of the restaurant, there would likely be a strict limit on the number of people it can accommodate at a time. Current plans are for 11 tables on the main floor each capable of seating 4.

On the second level would be the concealed kitchen while a third level would house restrooms, storage space, and a couple of private tables presumably for VIPs. While the kitchen is accessible via an interior glass staircase, the third level would call for the use of the elevator or stairs located in the smokestack.

As of now, the project is still in the conceptual stage, but it’s not hard to imagine how much it would transform the Yonkers dining scene if it is approved!

Note – We have just heard from Big Foot developers that the restaurant will not be built.