As if ice cream wasn’t awesome enough, The Langham Hotel has introduced an extravagant ice cream sundae, drizzled with gold dust and topped with an edible chocolate crown, to be served alongside a 2003 bottle of Dom Perignon. ‘The Victoria’ ice cream sundae has been named after the Queen Victoria, who reigned in England during the time flagship The Langham Hotel opened in Chicago in 1865. It is only natural that the scrumptious dessert comes with a royal price tag of $1,000.

‘The Victoria’ has a base made from vanilla ice cream and Guittard Complexite chocolate ice cream. The vanilla ice cream consists of three varieties of vanilla-Tahitian, Madagascar-Bourbon and Mexican. It is then layered with caramelized golden peanuts, dark chocolate croquant, Hennessey VSOP cognac, hot fudge, butterscotch and whipped cream. The ice cream sundae is topped off with a handmade chocolate crown and 24-karat gold dust. The dessert is served in a Wedgewood Crystal Bowl, which the diners can take with them, along with a bottle of 2003 Dom Perignon. 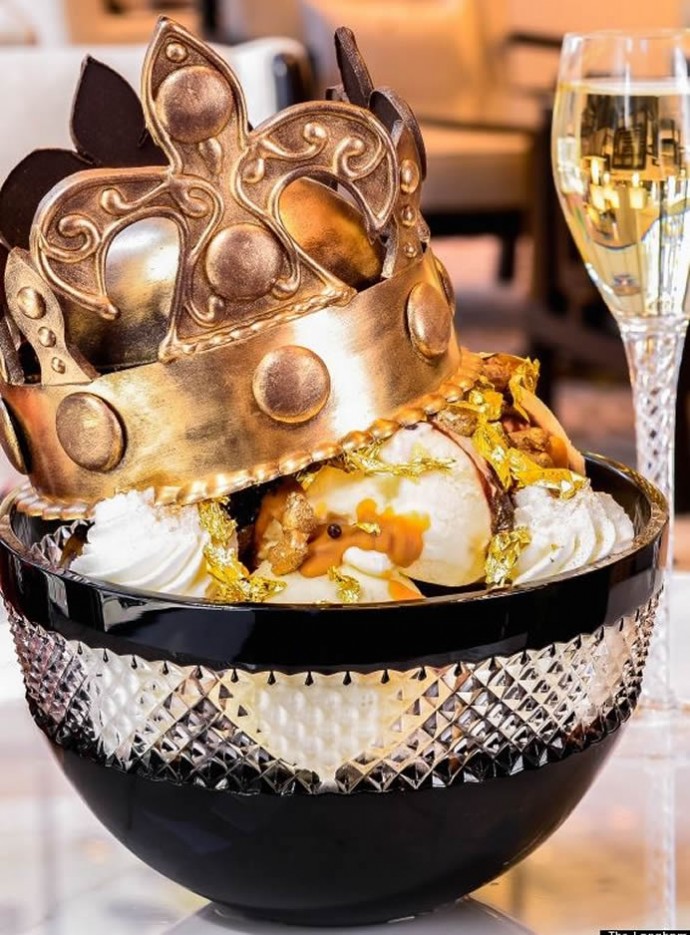 ‘The Victoria’ is one of the seven new ice cream sundaes that the hotel has added to its Pavilion restaurant’s menu and will be available through October 31, 2014.

Tags from the story
Ice-creams