How good a hotel is definitely depends on how skilled and apt it is at customer servicing. Hotel Indigo in San Antonio – Riverwalk has definitely proven themselves on top of their game while making sure their guest, Sarah Kovacs Grzywacz, had an enjoyable stay with plenty of Nicolas Cage at her disposal. Sarah’s ridiculous but well thought of requests originally started out as an automated text message from the hotel when she checked in, to let her know that the hotel staff were at her service for anything she needed. She decided to test them just for kicks by requesting for a framed picture of Nicolas Cage from his movie Con Air. But little did she know her requests were being taken very seriously and when she got back to her room later that day, a framed picture was waiting for her, with a post-it that read, “Sweet dreams! Enjoy.” 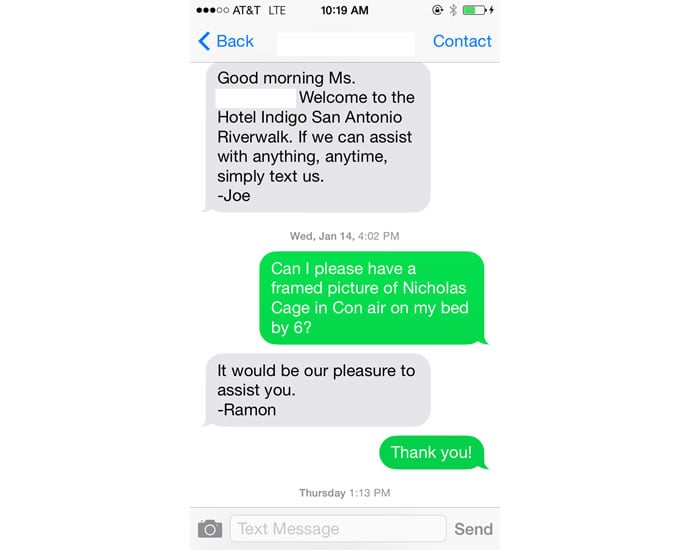 Over the course of her stay, her demands of more of Nicolas Cage were met by more pictures of the National Treasure movie star from his other movies like Moonstruck, which came along with her towels and another from the movie 8MM which was taped to the side of her television. On her final day, the concierge went out of his way to show his commitment to her by taping a final one from The Vampire’s Kiss to her room door expressing his gratitude to her choosing to stay with them and hoping her needs were well met. 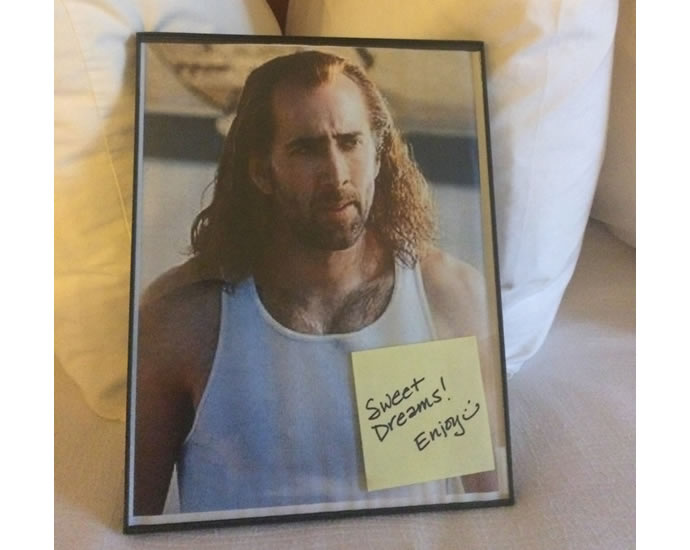 The hotel staff were asked about the incident once it went viral after Sarah posted about it on her Imgur account, which many thought of as a publicity stunt; though the hotel denied it had anything to do with fame but rather just ensuring their guest had a good time and left feeling satisfied. They obviously got a 5 on 5 rating from her.