What could be the most sought-after stays in the world is a hotel that has recently opened doors on the grounds of the Palace of Versailles in France. It is the first property of its kind to ever open at the exclusive location and is pricey as expected.

Called the Château de Versailles, Le Grand Contrôle, the hotel is housed in a building constructed in 1681 by Louis XIV’s favorite architect, Jules-Hardouin Mansart. It includes 14 ‘regal rooms and suites, including a 120-square-meter (1,290 sq ft) signature suite, ‘exceptional dining by Alain Ducasse’ – who has 20 Michelin stars to his name – and a spa by Valmont with a 15-meter pool.
Commenting on it, Airelles, in a statement, said, ‘The property is largely furnished with original period furniture, and Tollemer worked closely with Emmanuelle Vidal-Delagneau, a highly experienced specialist in French heritage and art in the selection of authentic art and objects from the 17th and 18th centuries.’
Speaking of the dining experience at the property, it further noted, ‘A bell rings at 8:30 pm to signal the beginning of dinner, where guests experience a five-course gourmet feast commencing with a selection of soups and starters followed by roasts and salads, then dessert and finally, fruit.’
The luxurious dining experience is touted to be a ‘theatrical affair reminiscent of the King’s royal banquets, with the restaurant team in period costume serving an array of gold, silver, or vermeil dome-covered dishes.’
In addition to the accommodation and dining, guests are also called to visit King Louis XIV’s Grand Trianon retreat on the grounds and The Queen’s Hamlet (Le Hameau de la Reine), along with an intimate tour of the Palace during their stay. 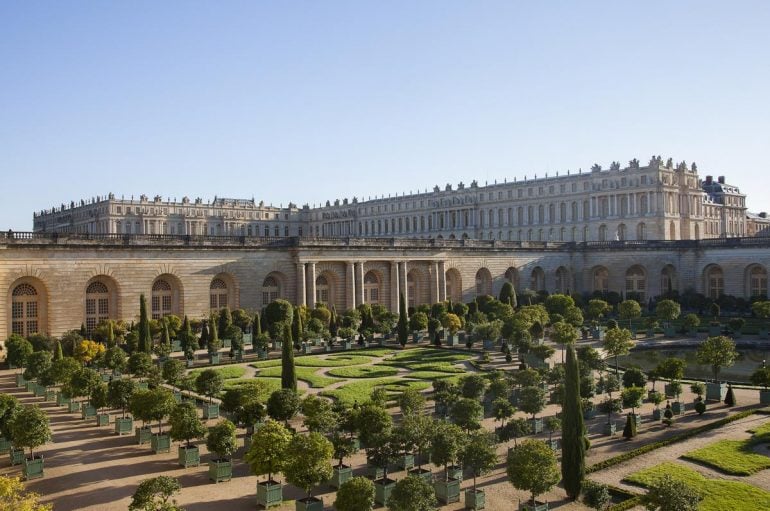 Tags from the story
Paris, Worlds-First