Remember the Mardan Palace Hotel that was touted to become Europe’s most expensive luxury hotel? Well, all anticipations and expectations were finally laid to rest when The Mardan Palace hotel was officially declared open recently. The $1.65 billion resort located on the Turkish Riviera saw many celebrities (like Richard Gere, Seal, Tom Jones, Paris Hilton) dropping by for its opening celebrations. The glittering audience of 600 dined on top of the Mediterranean’s largest swimming pool, enjoying performances from Mariah Carey and Tom Jones. Modestly dubbed as ‘hailing a return to the opulent, golden age of the Ottoman Empire,’ this five-star resort in Turkey boasts of 560 rooms, including two Royal Suites with private pools – priced at €14,000 ($20,000) a night in the high season. This high-end resort includes a 7500sqm Mardan Spa, 17 bars, and 10 a la carte restaurants – including French, Japanese, Russian, Thai, and traditional Turkish! But that is not all. This luxurious hotel impresses not just with its amenities but its structure as well. The architecture reflects the distinctive landmarks of Istanbul – the main hotel resembles The Dolmabahce Palace, and bridges across the pool are based on original designs of the Da Vinci Bridge. Guests can sit in gondolas and sail around the Mediterranean’s largest swimming pool. As for entertainment, five giant aquariums decorate the hotel’s restaurants and spa and a dramatic amphitheater seating 900 that will host world-class entertainment.

So go ahead and experience luxury like never before at the luxurious Mardan Palace resort. 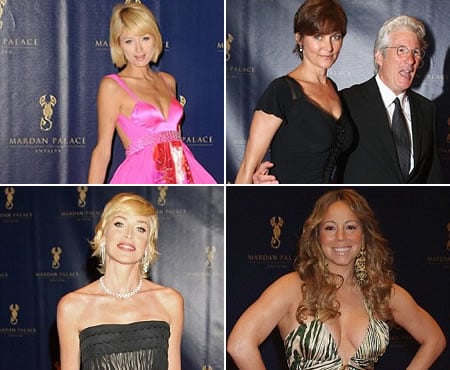 Tags from the story
Europe, Hotels