Four Seasons has just opened a new property in Walt Disney World Orlando. But we already announced that would happen when we wrote about Four Seasons Resort Orlando at Walt Disney World Resort. However, having become fans of all those Disney amenities since then, Luxurylaunches decided to get together with Dana Berry, the PR Director of the Four Seasons Orlando and design a three-day fun filled itinerary for parents and kids alike. When the Four Seasons brand goes to Disneyland, you find that one size fits all. 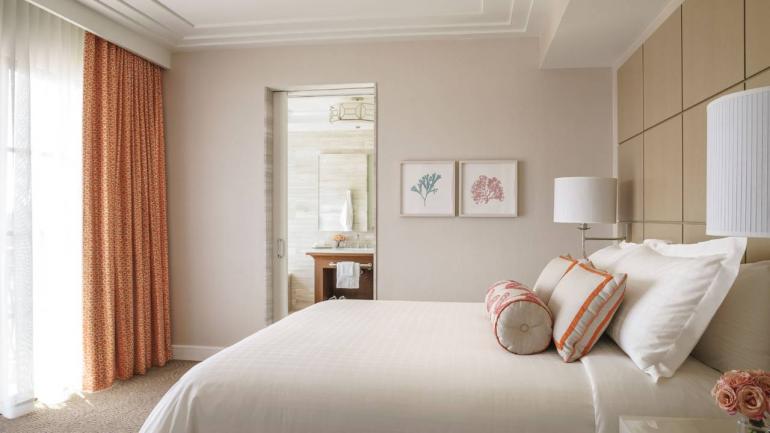 Day One
It is nothing if not luxury to be greeted by gorgeous crystal firework-inspired chandelier in the main entryway of the Resort. And speaking of firework, after such a scintillating welcome, we recommend you make your way to one of their fine Park View Deluxe Suites. These will not only offer you the comforts of separate living, dining and sleeping areas, besides deep soaking bathtubs but also a private balcony with your very own view of the Magic Kingdom Park fireworks. Having witnessed Disneyland’s best, we at Luxurylaunches can tell you that two things top the list – the parade and the nightly fireworks. 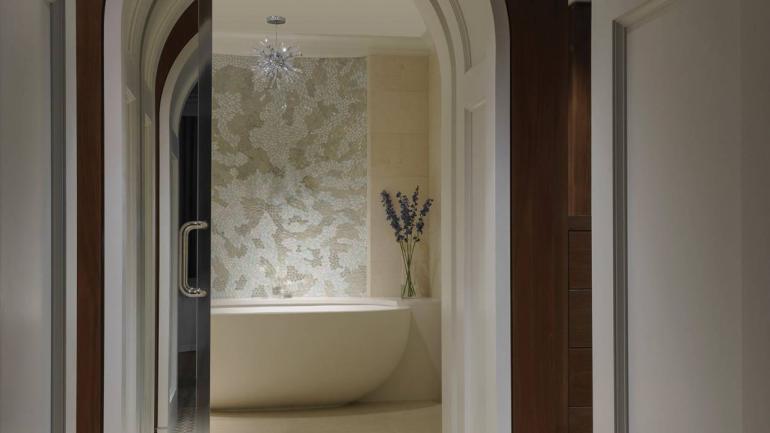 But while you’re waiting for the night to set, expect said luxury to be accompanied by a sensational 5-acre Explorer Island. We hear it comes with an Explorer Pool (family pool), two water slides and a Splash Zone. Looking for more poolsome options? There are ones for her, for him and for them! Couples needn’t look further than The Oasis, the resort’s adult-only pool, where mojitos and frozen pineapple slices await as much as the infinity edge, lakeside pool view. Meanwhile the kids couldn’t be more thrilled than at Kids For All Seasons, the resort’s complimentary kids club (for ages 4-12). End the wait with small plates and signature drinks on the terrace of Ravello Bar or simply by sitting in the cozy balcony only getting up to order from the 24-hour in-room dining or to reach into the refrigerated private bar. 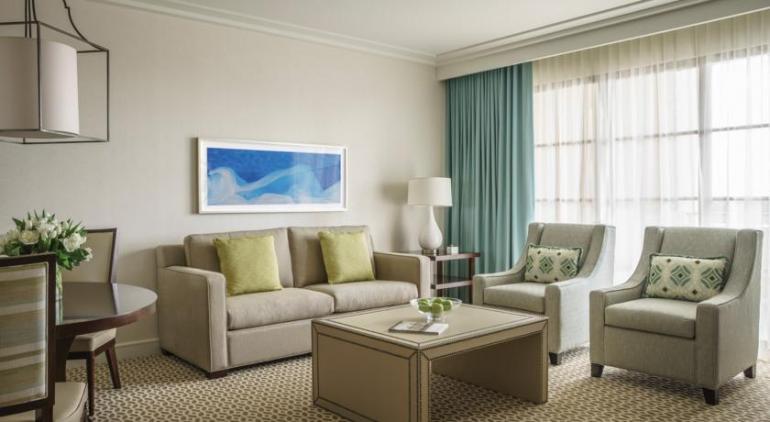 Day Two
Mornings are for breakfasts on-the-go at Lickety Split Cafe. Executive Chef Fabrizio Schenardi does these phenomenal housemade bomboloni Italian doughnuts or a sweet potato and egg white Panini. These when paired with signature cafe lattes or macchiatos a delish brekkie make. And by on-the-go, we obviously mean to Magic Kingdom Park, on a Four Seasons’ own custom motor coach. Unless, Day 2 for you is better suited to one of Disney’s VIP tours. In which case, experience the Wild Africa Trek Safari at Disney’s Animal Kingdom.

Explore, lunch, shop and while you’re at it, make sure to have your merchandise delivered to the resort instead of carrying it around (a complimentary service and one of the great perks of Four Seasons’ meeting Disneyland). And after a day of doing all of the above, head to the nearby Downtown Disney Area for more shopping, if you may, or just pure entertainment and dinner. Now we must tell you this. While there, a trip to La Nouba, a Cirque du Soleil performance in a custom-built, freestanding theater is something you do not want to miss. 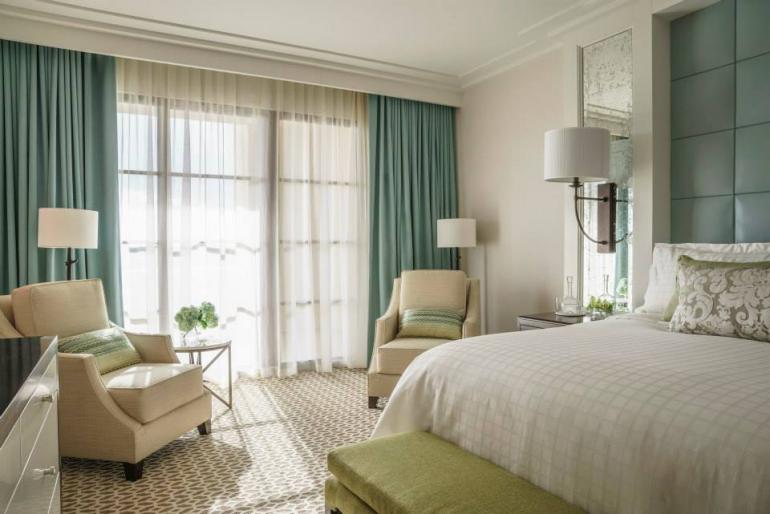 Day Three
After the two exhilaration-filled days, you might want to unwind with a morning yoga class. And in case you missed Ravello the last time, head here after for the most awesome breakfast. Follow this with a lakeside stroll through picturesque Golden Oak. Otherwise, if you’ve chosen to eat light, indulge in a Spa trip. Our advice would be to go for the “La Floridian” citrus treatment. Of course, any therapy here is incomplete without the amazing “experience shower” complete with multiple water pressure jets, steam, lighting and sound effects. Continue this rejuvenation process with a made-to-order juice, such as the soy, quinoa and strawberry smoothie. 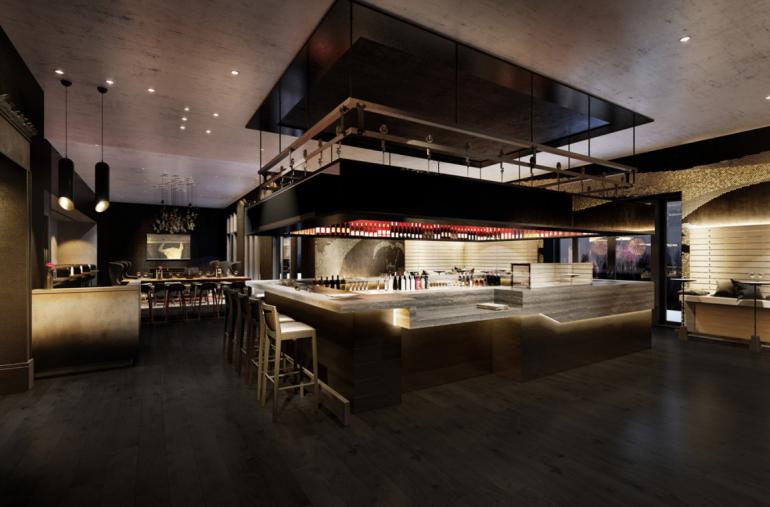 Golf-ficionados have to their disposal, the Tom Fazio-designed Tranquilo Golf Club. And whenever hunger strikes, lunch at Plancha, the resort’s Cuban American restaurant at the golf clubhouse. Later, take the kids for a leisurely spin down the Lazy River. Almost like floating through a tropical rainforest, this one comes replete with the “River’s” towering palms and lush landscaping. And finally, in the evening, dine at Capa. After your own private balcony, this signature Spanish-influenced steakhouse with its 17th floor rooftop setting, is the best place to check out the firework views and a panoramic view of Orlando (and all four Disney parks).

The rack rate for the deluxe Park View Suite depends on the season and when you are booking. For rates for the other items in the three-day itinerary, the Citrus Spa treatment is $225, and the Ravello Breakfast Buffet is $40. There are no resort fees on activities such as the morning yoga, and the kid’s camp, which are complimentary to all guests. The prices in the restaurants vary depending on which you choose.