Some diamonds can best be described as ‘out of the world’ and quite literally so! We’re talking about and exquisite gem that owes its formation to an asteroid that hit the earth approximately 2.6 billion years ago. Yes, you read that right! 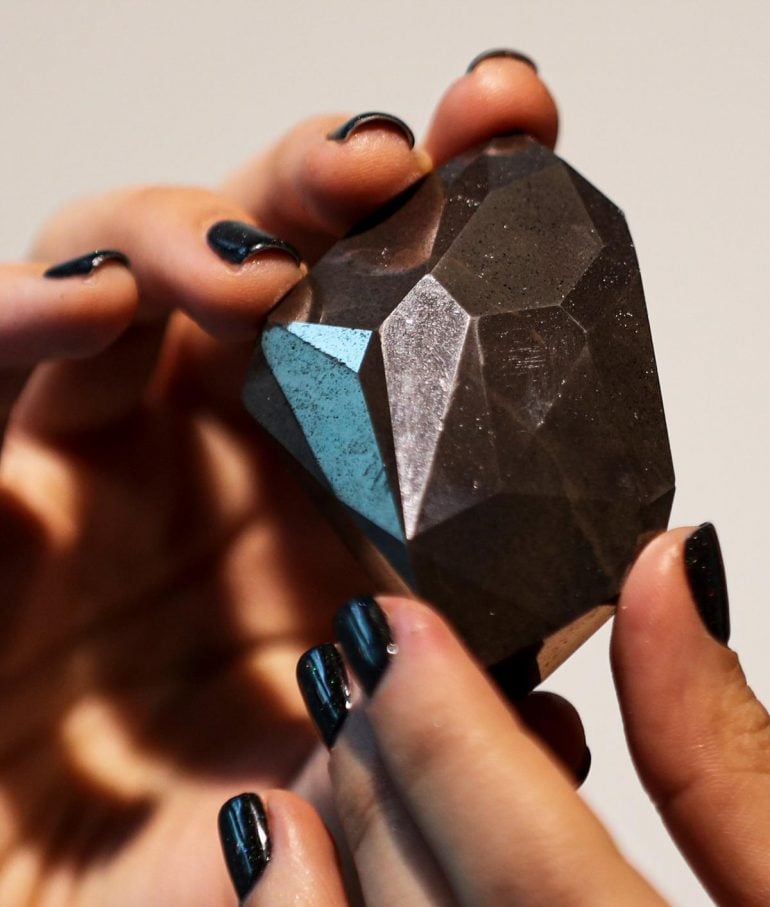 Christened ‘Enigma,’ the 555.55-carat black diamond is also ranked among the largest and toughest diamonds in the world. Describing it, Sotheby’s jewelry specialist Sophie Stevens said, ‘It is very different. 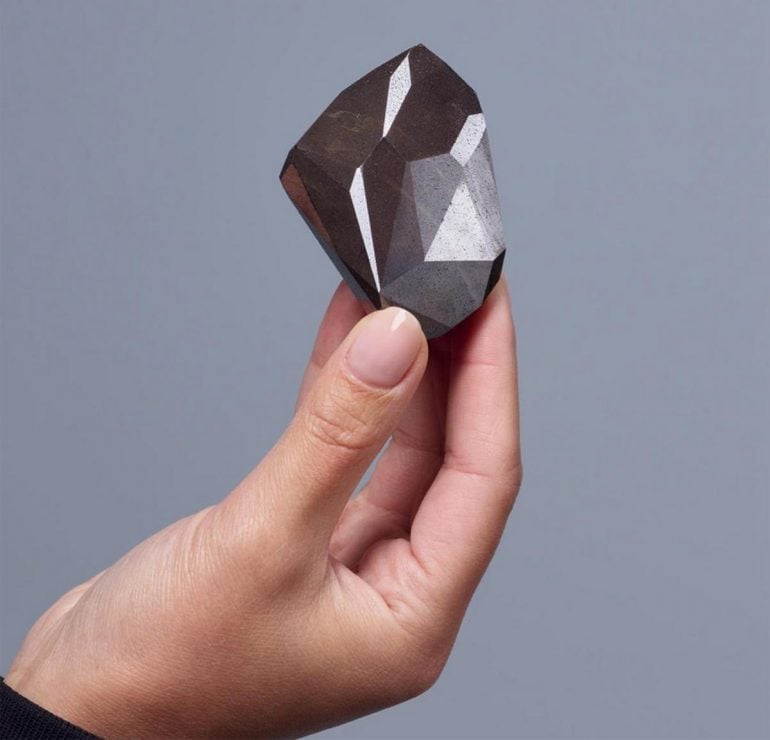 “The shape of the diamond is based on the Middle Eastern palm symbol of the Khamsa, which stands for strength and … protection,” she further added while noting that Khamsa means five in Arabic, and hence there’s a nice theme of the number five running throughout the diamond. 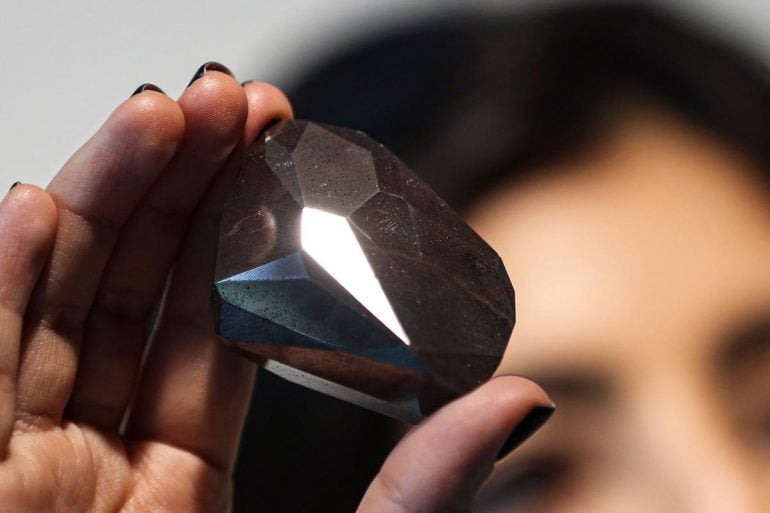 Commenting similarly, Nikita Binani, jewelry specialist and head of sale at Sotheby’s London, noted, “ ‘The Enigma’ is a marvel of rarity and size, and its brilliance and high polish are a testament to the delicate and highly skilled undertaking of diamond cutting,”

She further said, “Its sale represents a once-in-a-lifetime opportunity to acquire one of the rarest, billion-year-old cosmic wonders known to humankind.” While it has never been in the public eye before, the Enigma was recently displayed at the Sotheby’s Dubai gallery in Dubai for the first time.

The gem has been named the largest cut diamond in the world by the Guinness Book of World Records in 2006, which further solicits its worth. It will be auctioned in February at an estimated price ranging between $4.1 million and $6.8 million, with Sotheby’s also accepting cryptocurrency for it.