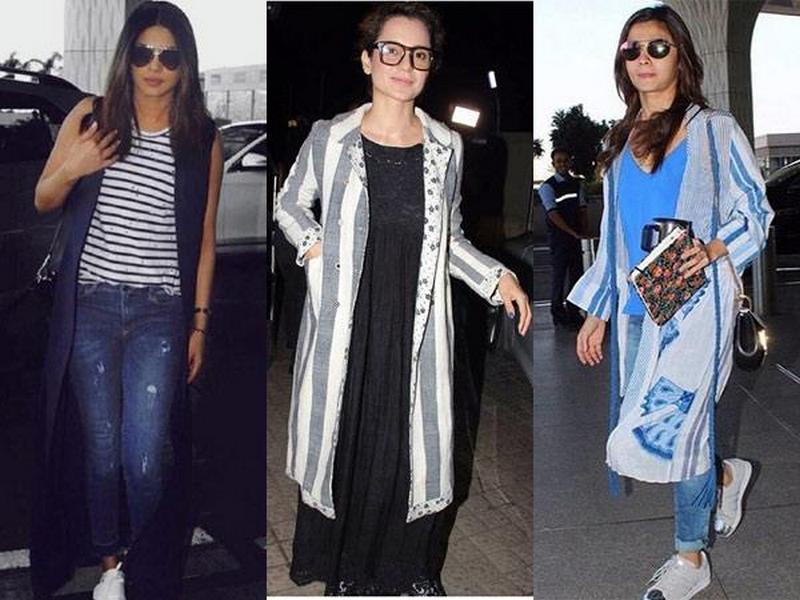 Bollywood ladies enjoying the long jacket
While for most 2016 may have been a long haul year, for our B-town ladies it seemed to be all about layering up with these long jackets. Such was the fandom of this SS ’16 trend, its comfort and versatility compelled B-town’s fashion icons to incorporate it into their winter wardrobes too.
From Priyanka Chopra nailing the airport look with a navy blue jacket to Juhi Chawla dazzling in a golden one at Manish Malhotra’s birthday party, Alia Bhatt, Kangana Ranaut, Vidya Balan, Anushka Sharma, Huma Qureshi are amongst the others that have played the jacket game well so far.

Anita Dongre’s new store in Delhi is a visual treat
Fashion designer Anita Dongre’s new flagship store has opened in Mehrauli, Delhi, spreading over 10,000 square feet, with two floors, is Dongre’s largest couture store in India.
While on the outside the store may seem like an average one, it is its interiors, with Rajasthani accents, that spin magic. The design seeks to recreate patterns of the architecture of Rajasthan, transporting whoever comes into the bygone era and regal splendour of a stately Haveli. The crafts employed in decorating the space include block printing, thikri work (a native mirror-glass inlay work from Rajasthan), and blue pottery. The walls are adorned with 30 hand-painted Pichwai style artworks.
Of the two floors, the ground floor houses seven rooms, each showcasing the designer’s prêt collection. A grand stairway leads to the second level that has another set of seven rooms—three for grooms, three for brides and one for Pinkcity jewellery; it is dedicated to bespoke bridal services. This floor also houses the recreational space designed for men. It has a snooker table and several coffee table books.
And if all that wasn’t enough, to enhance one’s shopping experience, the designer store also boasts of a library full coffee table books about art, textiles, maharajas, cars, and more to entertain and educate its patrons. Not many would want to leave a space so rich with culture and beauty.

Jacqueline’s winter look
Jacqueline Fernandez has been showing us glimpses of her ski trip to Switzerland via Instagram. While most of her looks gave us serious winter fashion goals, it was this one bag that particularly stole our attention. Her high-neck leather jacket with pants and snow boots were accessorised with a pair of sunglasses and sequined Chanel waist bag.
The bag, part of Chanel’s Cruise 2017 collection, Coco Cuba, was showcased in Cuba in May 2016. The belt bag comes embroidered with khaki and pink-coloured sequins.

Watch Kate Hudson and Micheal Kors play glamour games
American actress Kate Hudson and fashion designer Michael Kors teamed up for the latest instalment of Glamour Games, Kors’ own version of a fashion showdown. The game saw Kors and Hudson compete to guess each other’s most favourite things—from preferred fashion trends to icons and even celebrity crushes. The timed Q&A happen makes for a fun watch. 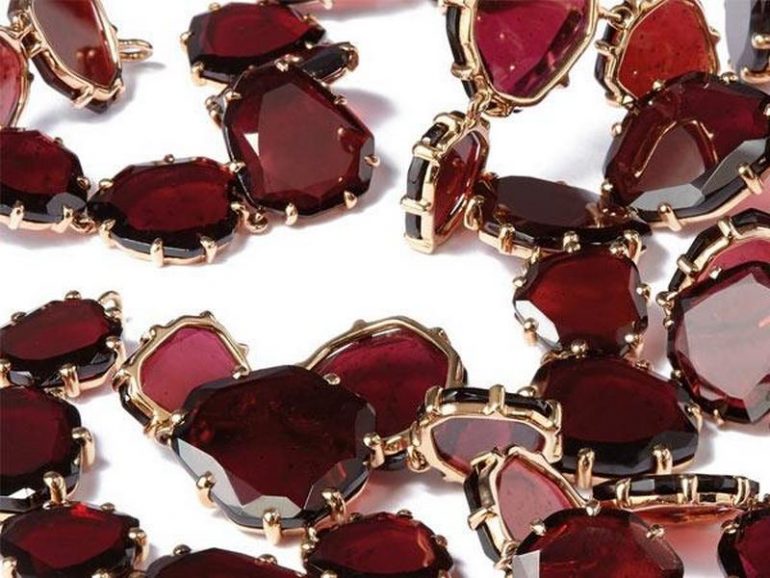 January Birthstones – Garnets
2017 has begun, and while everyone has something on their plate to be excited about, January borns can especially celebrate the month with their gorgeous birthstone—garnet.
Garnet is a dark red gemstone whose name dates back to the 14th century, Middle-English word, ‘Gernet’, meaning red. Symbolising eternal friendship and loyalty, this rare stone is said to hold the power to cure depression and liver diseases. What’s more, it is also considered the gem for second wedding anniversaries.

ZZegna’s Limited Edition Fragrances
ZZegna has unveiled a collection of three limited edition men’s perfumes called ZZegna Cities. The collection is inspired by three cities, namely, Shanghai, Milan, and New York. It is targeted towards the modern man who is always on-the-go.
The first fragrance in the range, New York, is inspired by a rum cocktail, with notes of davana oil and patchouli. Milan, which is the second in line, features notes of figs, sage, and sandalwood. The last in the range, Shanghai, has notes of cardamom, violet, and guaiac wood.

Clinique’s New Silk Make up SPF 15
American skincare and cosmetics brand Clinique has introduced the all-new Superbalanced Silk Makeup SPF 15, an oil-free liquid foundation that offers matte finishing. With SPF15, once applied, its hydrating properties are said to control natural oils without leaving dry patches. The product is available for all skin types.
Silk Makeup SPF15 is available at all Clinique stores across the country.