We recently had the opportunity to interview Dr. Bill Lumsden, who oversees the creation of Glenmorangie’s exceptional spirit, which originates in the Highlands of Scotland. The innovator who revolutionized the single-malt market has been with the esteemed Glenmorangie Company for 28 years. With a Ph.D. in biochemistry, this Willy Wonka of Whiskey has dexterously combined art and science in his work to deliver spirits that gain instant gratification. Under the leadership of Dr. Bill Lumsden, Glenmorangie has released a new single malt Scotch whisky specially made for mixing, dubbed ‘X.’ Crafted in consultation with top global bartenders, X by Glenmorangie offers a sweeter, richer taste and is perfect for tall, simple serves, reinventing how single malt whisky is enjoyed. Let us hear it from the man himself about X by Glenmorangie, its foray into India, and more… 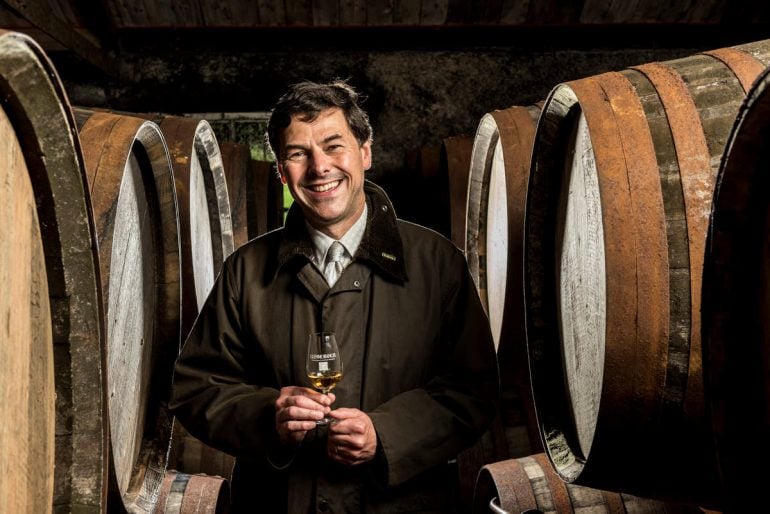 Introducing X by Glenmorangie, the most versatile single malt made for mixing to consumers in India:
There is no doubt skilled bartenders will be highly pleased with a versatile single malt to augment their table d’hôte. We asked Dr. Bill Lumsden how India’s growing market of taste-curious and experimental consumers will react to X? He said, “People know what scotch whiskey is. It has been around for hundreds of years. Like fine wine from the old world, you only drink these products in certain ways. I always felt that whiskey makes a great base for a cocktail. Particularly when you consider some white spirits, and you make a cocktail with them, you don’t taste anything other than the other ingredients. In comparison, I have always believed whiskey is great for making a cocktail. Understandably, people may be reluctant to use a premium 18 or 25-year-old Glenmorangie, which is expensive. We developed ‘X’ to be a more democratic product, so people would be more relaxed to experiment and enjoy their drinks.” 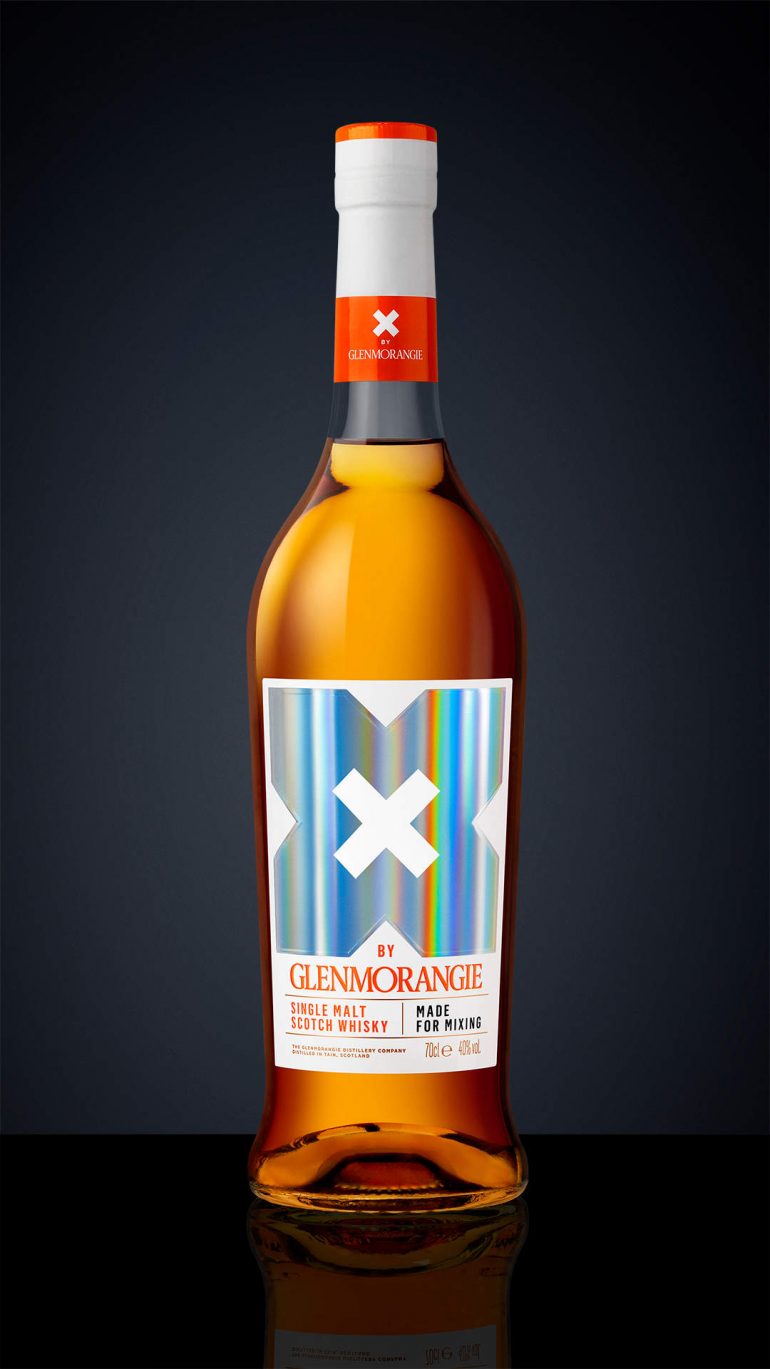 Breaking habits:
We discussed how for most Indians, whiskey had been enjoyed habitually with water, soda, or both. On being asked how will your creative vision translate into changed habits and new favorites, Dr. Lumsden shared, “I would like to think that people will use X to discover new cocktails that we’ve never had before. Again, If you ask me to recommend a cocktail with X, I would probably say an old-fashioned (cocktail made by muddling sugar with bitters and water, adding whiskey, and garnishing with zest or a cocktail cherry) very classic cocktail. I am also working with a Glenmorangie bartender to create a cocktail like black forest gateaux. This interesting mix will see bitters, coconut milk, port, and coffee in it. Similarly, I think people around the world can experiment and invent new cocktails with X. In India, there are many different ingredients; the cuisine has a wide range of spices. It is interesting to think that these ingredients will stir up new-ays to drink X by Glenmorangie.” 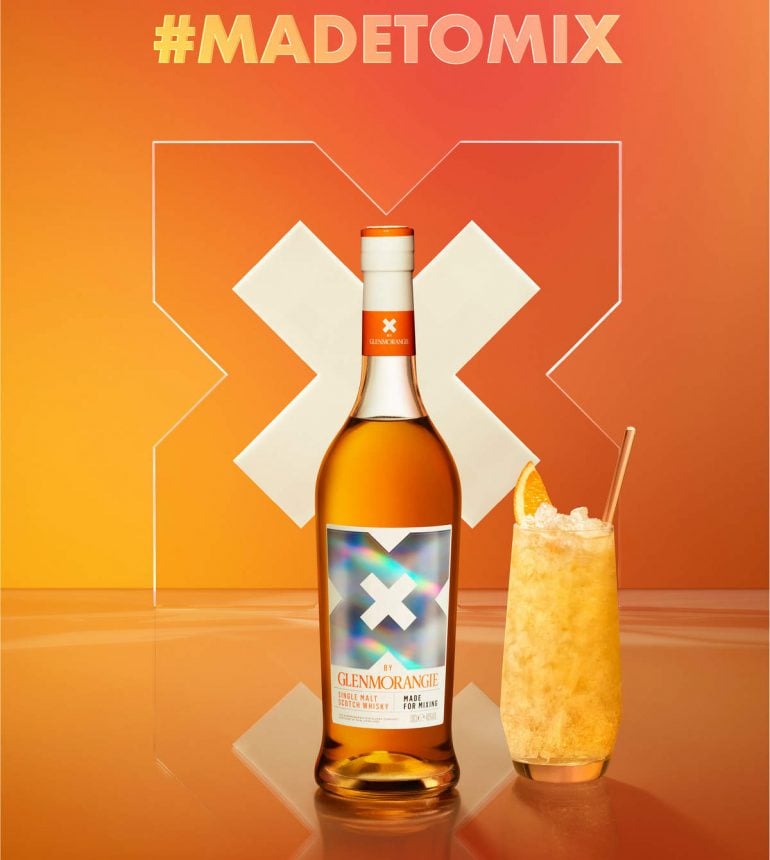 Source of inspiration behind the most versatile single malt X by Glenmorangie:
It intrigued us to know what has inspired ‘X’ and what sets it apart from any other single malt available in the market? To this, Dr. Bill Lumsden replied, “Two things have inspired X- the first was the fact that I was continually asked by people will I re-introduce Glenmorangie, 15-year-old? It is not a product we have bottled for 20 years. I wanted to recreate the whiskey flavors at more accessible price points. As we discussed earlier, the second thing is that I am very aware that in some respect, the consumption of malt whiskey is not very democratic. People are afraid to have it with anything other than ice or water. With X, we will try and break that barrier. What sets X apart from other single malts is I can’t think of any other single malt whiskies that have so much depth and body to the taste profile.”

ALSO READ -   Can Modern Italian Michelin-starred fare be paired successfully with single malts? I indulge in pure excess to find out… 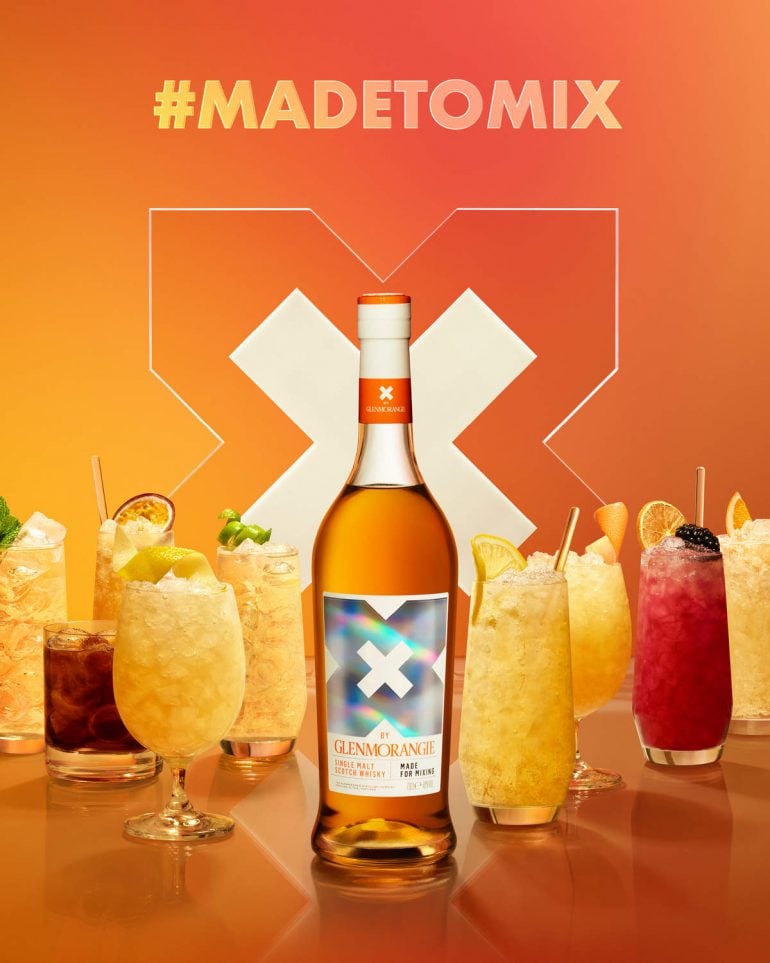 The pandemic and at-home mixologists:
it is no secret the pandemic produced bartenders in every home. Mixology became a newfound passion for most people stuck at home. We asked Dr. Bill how the pandemic affected the making of X by Glenmorangie and what mixes will make a mark on the at-home cocktailing culture? He said, “The one thing I will say is that we were working on this project, and I called it Project X internally, so that’s where the name came from. I couldn’t think of another name, so I called it Project X. I was working on this for three years, so when the pandemic came along, we didn’t see that as a problem instead viewed it as an opportunity and the fact that this whiskey was great to use in mixology, the timing was good for that and even for amateur mixologists who were unable to visit bars. 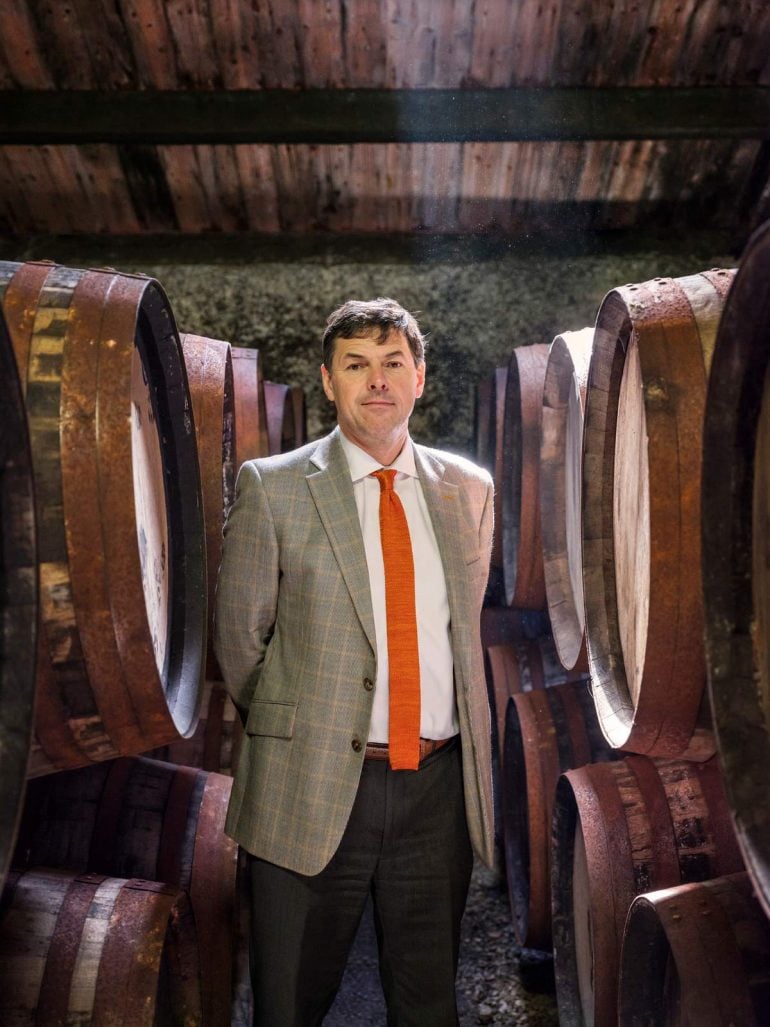 An interesting journey:
Luxurylaunches was curious to learn more about Dr. Bill’s incredible 28 years at the Glenmorangie Company and its most memorable moments. He shared, “My journey has taken me through a time when single malt has gone from a very niche part of global whiskey consumption to being now the superstar of global whiskey consumption. When I started, single malt consumption was maybe 6% of overall scotch consumption. Now it’s 60% in terms of volume and much more in value. So I have seen the rise and rise of single malt. For me, probably the most memorable part was launching the Glenmorangie Signet, which was a completely new style of whiskey. To my mind, there is still nothing else like it in the market. The other thing is, even though I have been in the industry for nearly 40 years and been with Glenmorangie for 28. I still think my best work is ahead of me; it’s still to come. I am working on a few projects, of which one in particular id like to think will be the greatest whiskey I have ever made.” 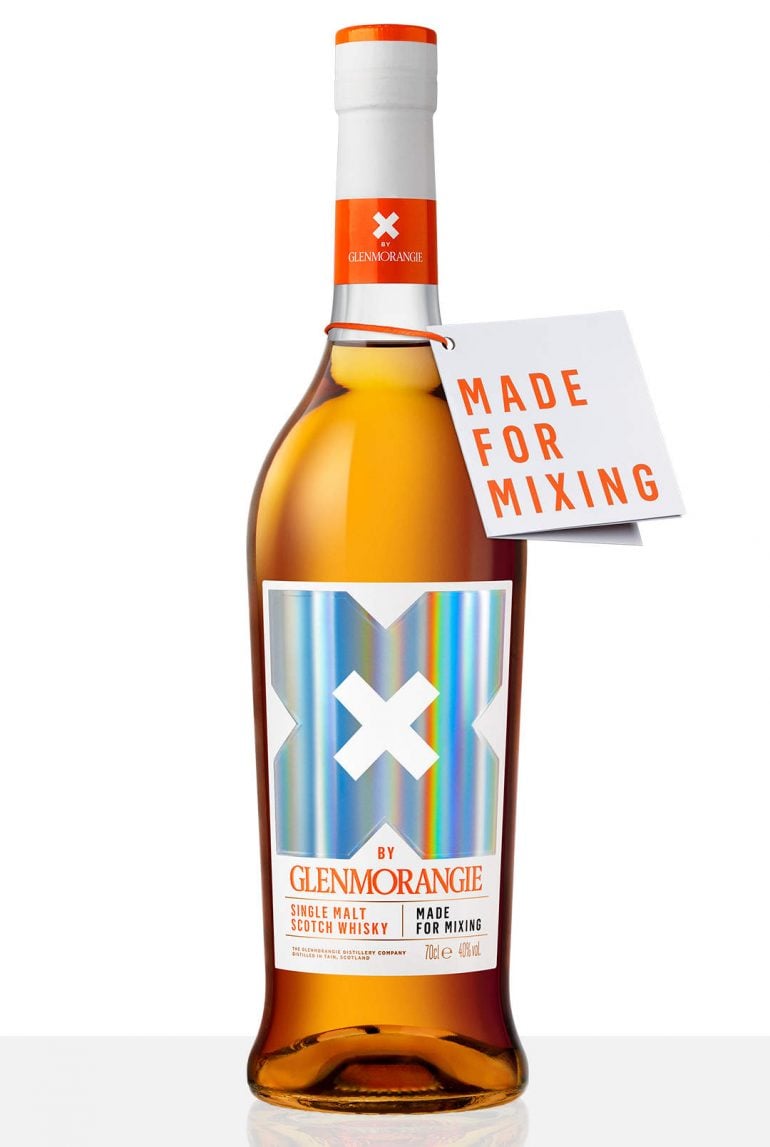 On being called the Willy Wonka of Whisky:
Who doesn’t want to be served by a legend of the whiskey world? Curious as we are, we asked what the revered ‘Willy Wonka of Whisky’ would stir up for us if he went behind the bar for a day. Dr. Bill Lumsden said, “If I were going behind the bar in India, I would certainly make a cocktail with some local ingredients. I’m always interested in bitters, and most people use Angostura. Still, I would like to use more locally sourced ingredients. One such ingredient is the spiced cumin, known all around the world due to the enjoyment of Indian cuisine. In my opinion, cumin is one of the most distinctive ingredients, and I use it a lot in my cooking as well. In India, I would like to create cocktail using cumin as one of the key ingredients.

Of Indian flavors:
We were interested in learning how the whiskey in the Highlands of Scotland will mix with Indian ingredients and complement the concoction to the T? Dr. Lumsden said, “Because X is so spicy, something like cumin, cardamom or something like that would go well. Cardamom is very fragrant, and Glenmorangie spirit is also very fragrant, which makes cardamom very interesting to look at as well.”