Last month, Mercedes-Benz launched its entry-level compact SUV, the GLA, in India and it has gathered quite a bit of interest in the country thanks to its affordable price-tag and dashing good looks. The German automaker today officially launched the more potent version of the crossover, the GLA 45 AMG, at an event in Mumbai for which we were invited. Priced at Rs 69.6 lakh (ex-showroom Mumbai), it’s a whole Rs 32 lakh pricier than the top spec GLA and Rs 1.1 lakh more than the recently launched sporty sedan CLA 45 AMG. Powering this compact SUV, is a 2-litre turbo petrol engine that churns out a massive 355bhp of power and 450Nm of torque making it the most powerful four-cylinder engine in the world. 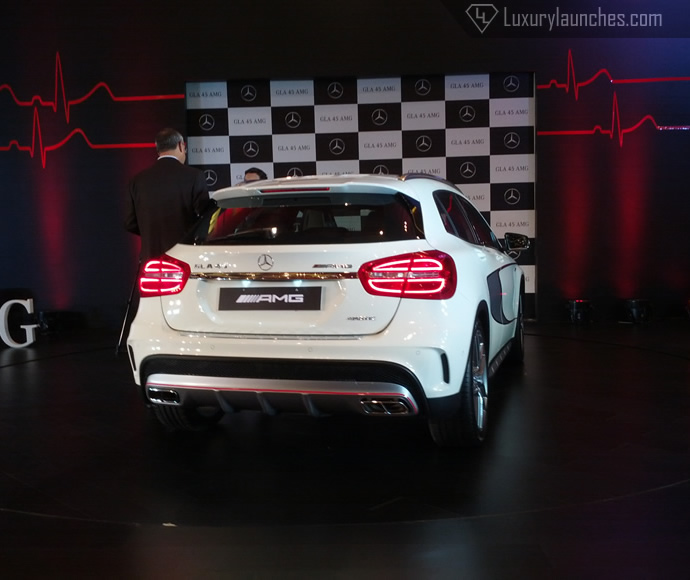 The engine is mated to a 7-speed, dual-clutch gearbox that, unlike the regular GLA, sends power to all four wheels (4matic). Like the A-Class, B-Class, and CLA, the GLA is also based on Mercedes’ MFA (Modular Front Architecture) platform, but in comparison to the standard GLA, the GLA 45 AMG has been lowered by 15mm. 0-100kmph is just two-tenths slower than the CLA 45 AMG, and comes up in 4.8 seconds. The top speed is electronically limited to 250kmph. “The GLA 45 AMG 4matic is into a league of its own and provides an overwhelming driving experience. With the launch of this high-performance SUV, Mercedes-Benz makes a strong statement in the fast growing performance SUV segment in India,” said Eberhard Kern, Managing Director & CEO, Mercedes-Benz India, at the launch. Thanks to the power rating and the pricing, the Mercedes GLA 45 AMG has no direct rivals in the Indian market. 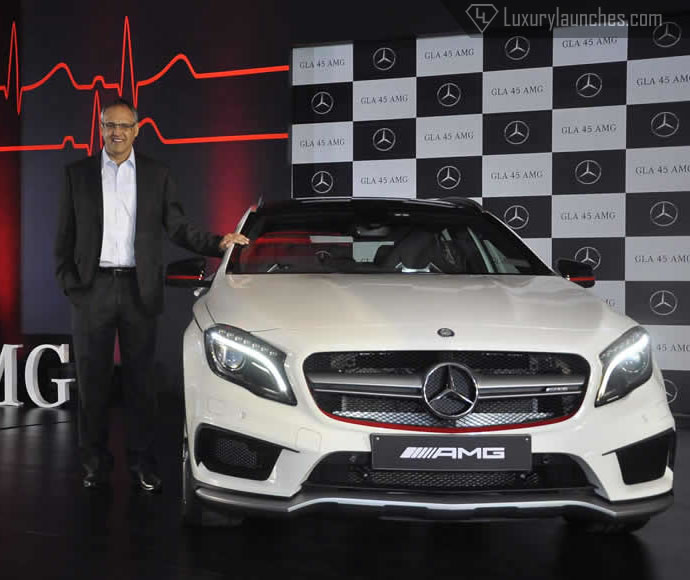 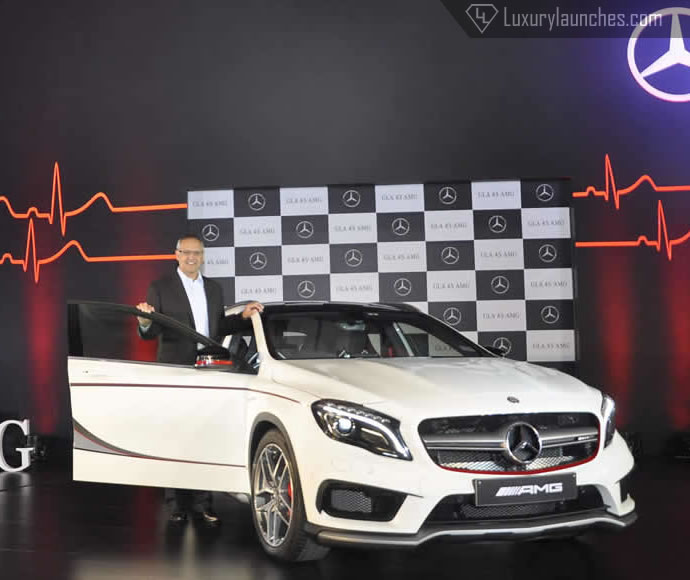 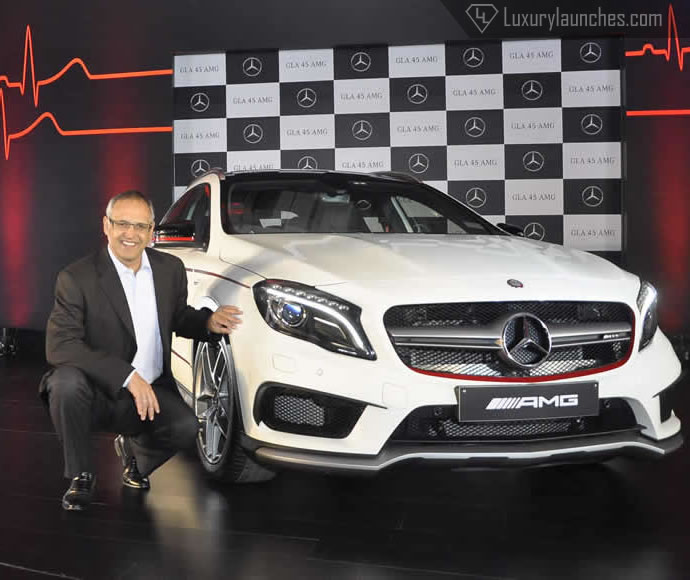