Think of Copper Chimney and it instantly establishes a connect with delightfully slow-cooked food, kebabs that are a melt-in-the-mouth affair and food for the soul. So when the iconic restaurant opened an outlet at BKC, it was the stuff of check-lists. And I couldn’t help but try it for myself… I was also particularly glad that Copper Chimney has finally made itself accessible to those working in and around BKC. 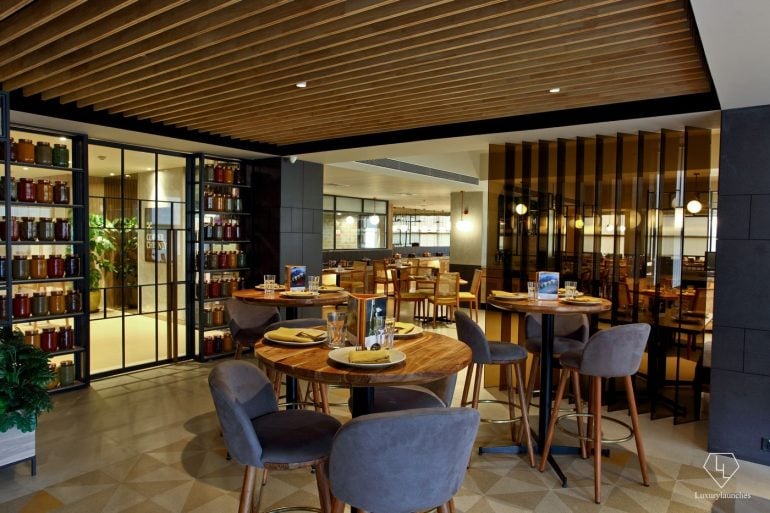 Inspired by the art-deco of the city, the restaurant is large with airy space divided to create alcoves for more private dining. A slinky bar and herb garden are other touches you’ll notice here. The menu seems to be upgraded but has still retained some old favourites. For drinks, I started off with Delhi Shikanji which stood out to be decadent and was a perfect blend of fresh lime, chaat masala and mint. It was then that the Chargrilled Cheese Mushrooms arrived on our table. The fresh mushrooms stuffed with cheddar and a hint of pudina was subtle in flavours but still somehow complex and a complete standout. 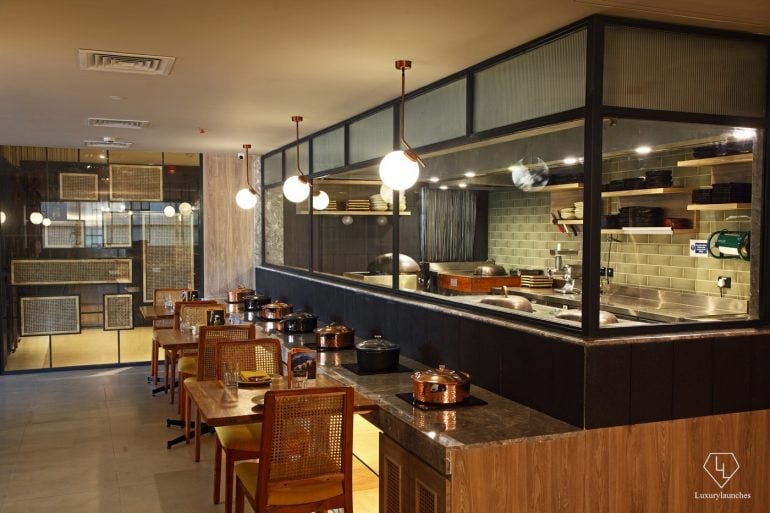 Next was the Tawa Imli Aloo which came across as tossed in tangy and sweet chutneys and chaat masala. It was so addictive that it got gently scooped out by our spoons and was over before we knew it. We also enjoyed the Grilled Burrah Chops which were cinnamon-scented and intensely marinated, seared and chargrilled. 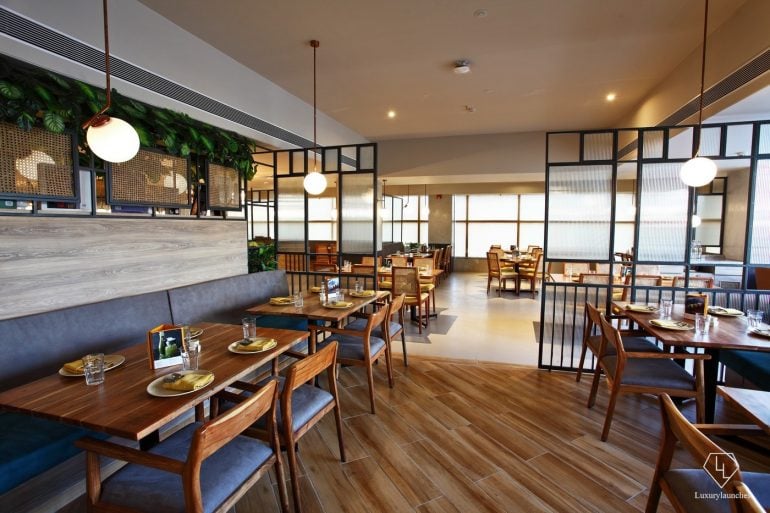 The Tandoori Fire Chicken with half a chicken marinated in fresh Bhatti masala and a hint of pounded black pepper, nutmeg and cinnamon was packed with a flavour so bold and tantalizing that we experienced food coma with every bite. For mains, we were told that the Rogan Josh that arrived was marinated for over six hours. It was punctuated by the nutty flavours of Rogan which was an irresistible 21-spice blend.

We also relished the Chicken Bharta which was a tender, mild gravy, flavoured with green chillies and fresh coriander. For dessert, the Muzaffar which was luscious and indulgent, Lucknowi rabdi topped with golden, roasted vermicelli was the crowning glory. It matched up to the gloriousness of our meal. I have to say that my meal here not only evoked the rush of nostalgia but also made me ponder over the potentiality of a well-cooked Indian meal. I was left swooning over India’s rich culinary repository, thanks to my dinner experience at CC, BKC.
ALSO READ -   Review: Inside Juss by Sindhful’s 2nd outlet at Flea Bazaar Café