Elon Musk isn’t just all set to explore space and other planets, he also wants people to be prepared for a zombie apocalypse. His “Boring Company” (that’s just the name of the business, nothing created by Musk could ever be boring!) recently exhausted their stock of Flamethrowers online. Touted as the “World’s Safest Flamethrower” that is “Guaranteed to liven up any party” the Flamethrowers were priced at $500 and some 20,000 of them were sold via the Boring Company Website. These were pre-orders and won’t ship until April, but that didn’t stop them from selling out in 4 days. 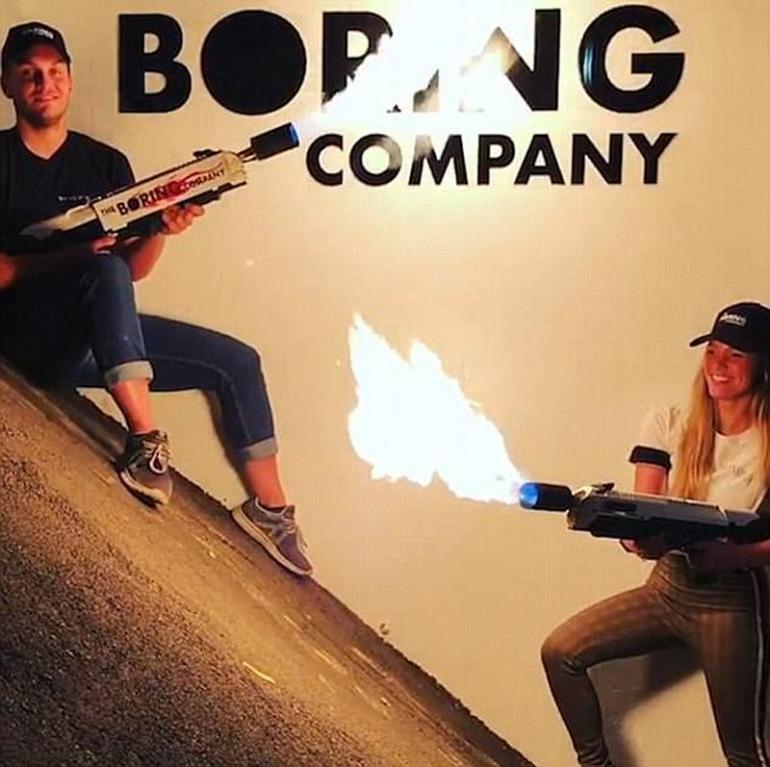 Before the items have even shipped out, some enterprising individuals have already put their flamethrowers up for sale on eBay. This kind of resale is common with limited edition items across many categories, so it’s hardly a surprise to see the listings. What may raise a few eyebrow, however, is the exorbitant profit margins that the eBay sellers are expecting. Boring Company flamethrowers gave been priced between $1000, and $2000, which means sellers could earn three times the price of the flamethrower. 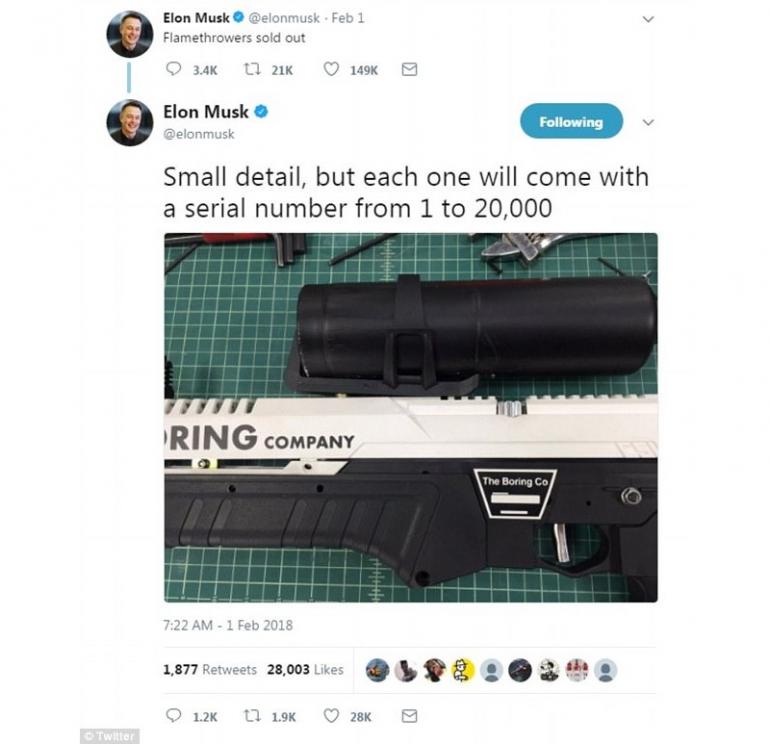 Musk himself added to the hype around the unconventional objects tweeting two weeks ago: “When the zombie apocalypse happens, you’ll be glad you bought a flamethrower. Works against hordes of the undead or your money back!” He appeared to have inadvertently given Twitters conspiracy theorists some food for thought because he later posted, “The rumor that I’m secretly creating a zombie apocalypse to generate demand for flamethrowers is completely false” adding, “You’d need millions of zombies for a so-called “apocalypse” anyway. Where would I even get a factory big enough to make so many!?”