French luxury goods manufacturer S.T. Dupont has created an exquisitely handcrafted Star Wars chess set to celebrate the iconic film franchise’s 40th anniversary since its debut on the big screen in 1977. The checkered board transforms into a miniature battlefield for the conflict between light side and the dark side that took place a long time ago in a galaxy far, far away. The round chess board is made of black obsidian with a polished and matte finish and the Empire and Rebellion pieces are rendition of iconic characters including Darth Vader, Princess Leia, Han Solo and Chewbacca. The gold design elements on each piece evoke the signature looks of the characters to bring the universe to life.


The Empire pieces are made out of nephrite jade from British Columbia while the Rebellion pieces are crafted in natural rock crystal quartz. Each of the pieces is hand-carved and engraved with extreme attention to detail. The metal gold-plated rim of the checker board resembles the Death Star’s exterior design. In addition to that, the drawer pulls on the board feature the symbols of the two sides. This opulent Star Wars chess set can be yours for a little more than HK$1 million (approximately $128,000 USD). 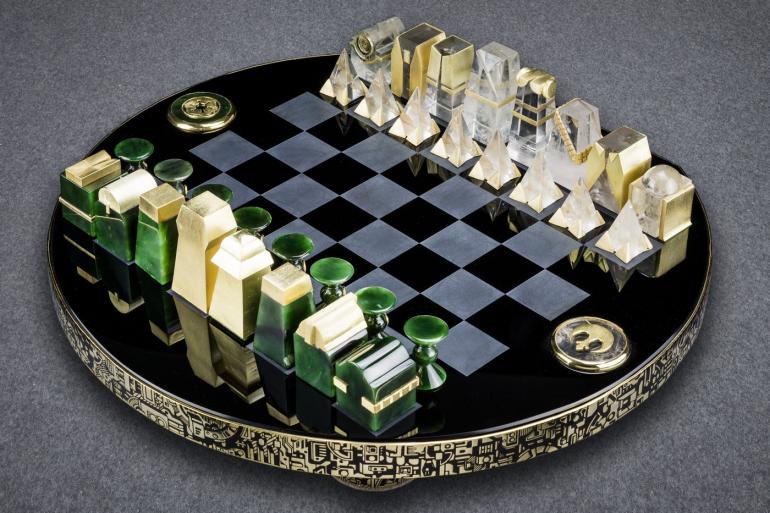 Tags from the story
Chess-Set, Star-Wars