Art is called fascinating for a reason; in the case of the bust based on the legendary Egyptian Queen Nefertiti titled ‘Eternity,’ a talented human Tomáš Libertíny worked with 60,000 bees to create what can be called the sweetest statue ever, quite literally! Bringing the mind of a man and Mother Nature together is the 3D model bust of Nefertiti that took two years to complete. The fascinating process commenced at Kunsthal Rotterdam in the summer of 2019 as a live installation where onlookers could witness these bees’ magic, building the artwork in real-time. A year later, the completed artwork became part of Libertíny’s solo show ‘melancholia’ at Rademakers gallery in Amsterdam. The bust of Nefertiti is part of the ‘made by bees’ series that also includes a portrait of Brutus and a honeycomb Amphora as well, each more impressive than the other. The artist has worked on a fragile yet extremely stable Brutus bust and placed it on a ‘ready-made’ Coca-Cola crate with hexagonal cells for bottles that resemble the cells made by the honeybees. 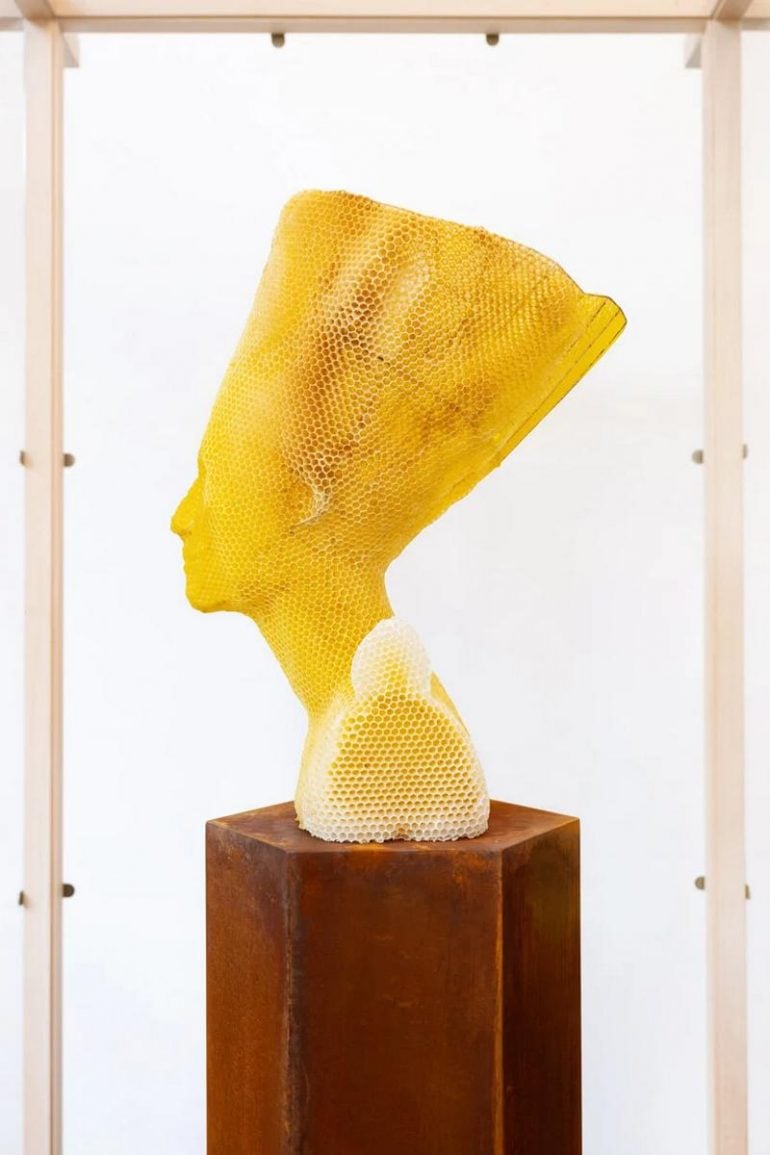 Last but not the least, Tomáš Libertíny’s ‘honeycomb amphora I’, featuring the famous Nolan amphora is exhibited at the Metropolitan Museum of Art. The column rests on reclaimed and refurbished weathered wooden beehives placed at various angles. 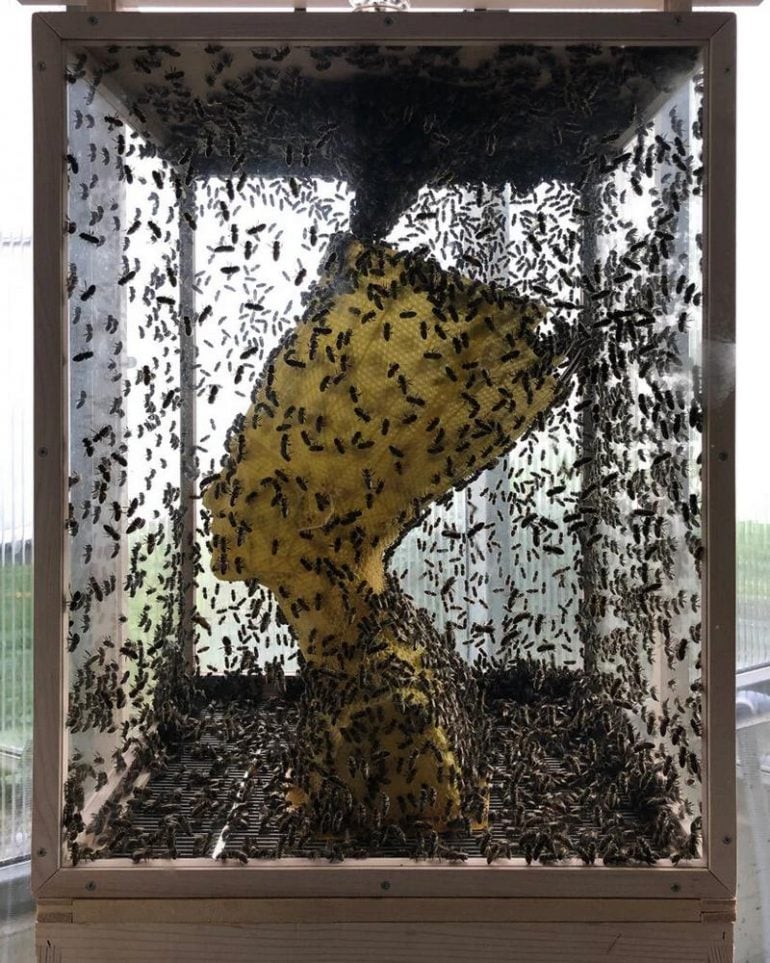 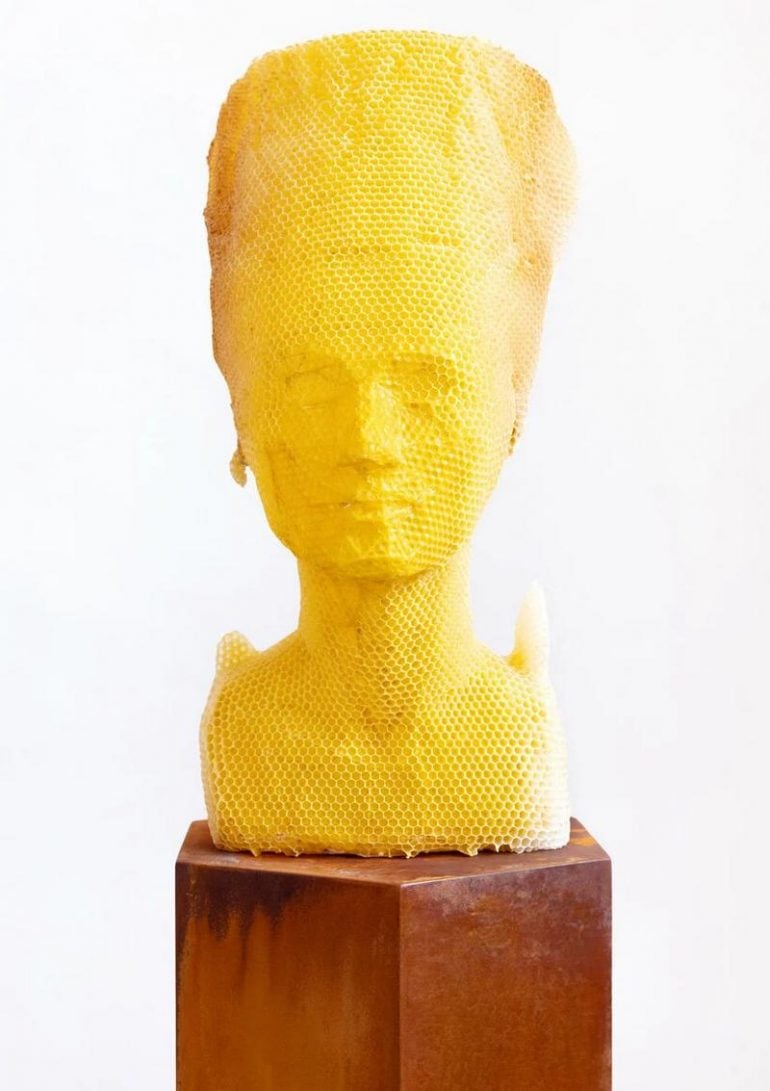 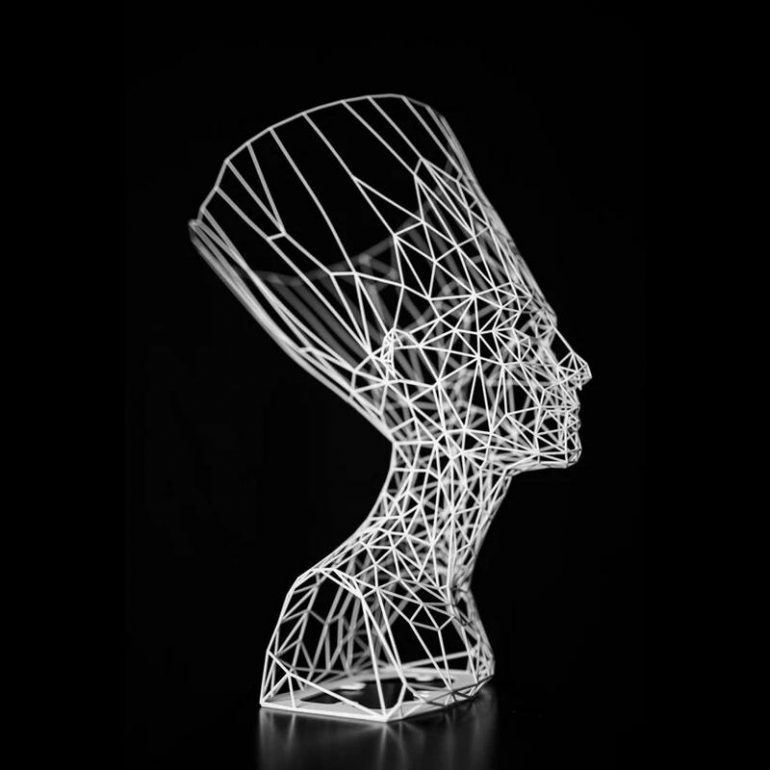 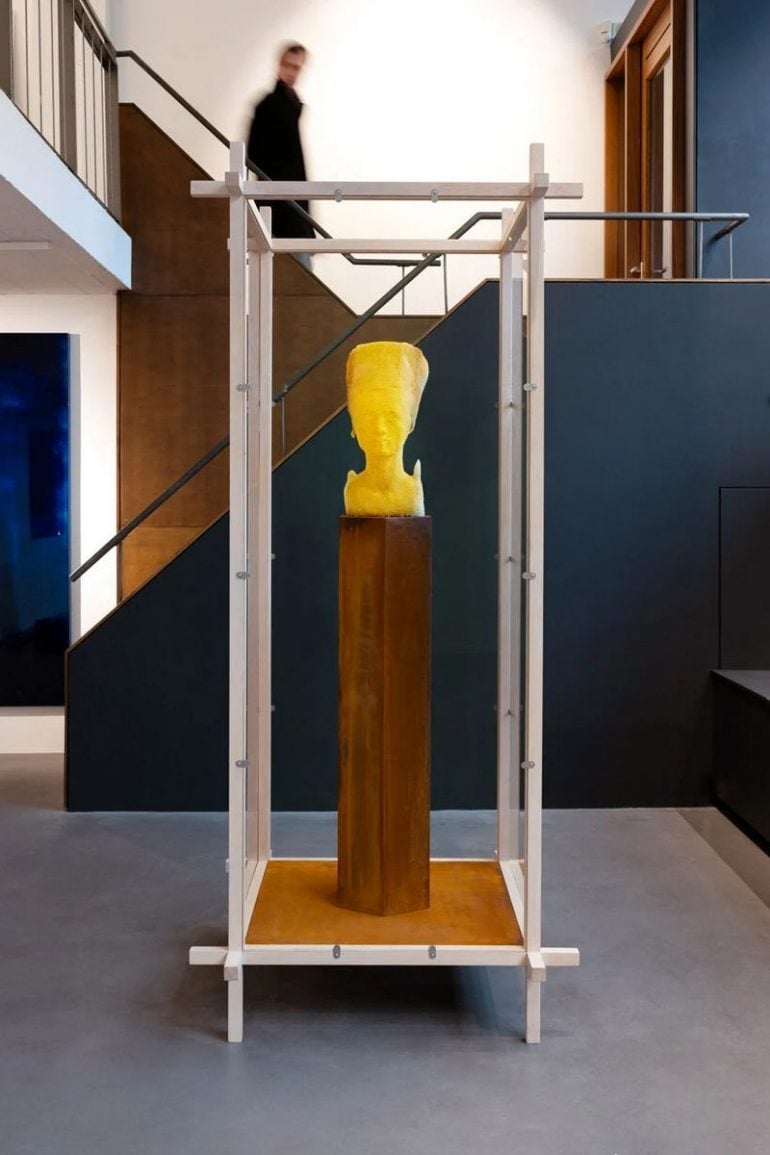 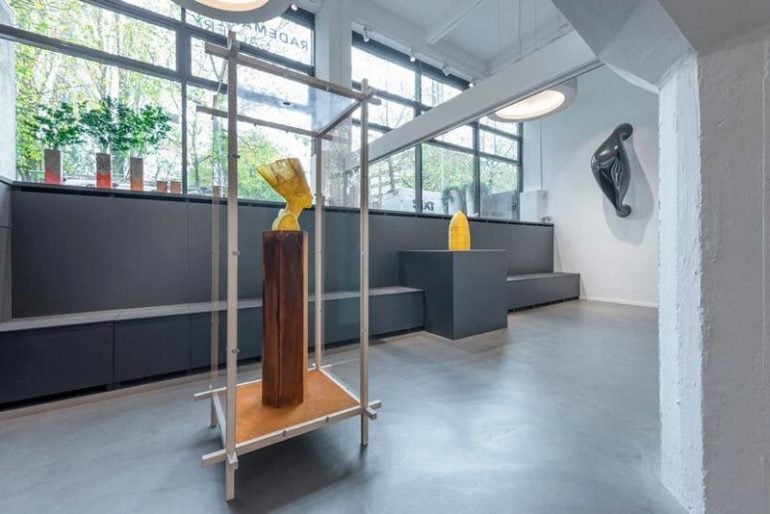 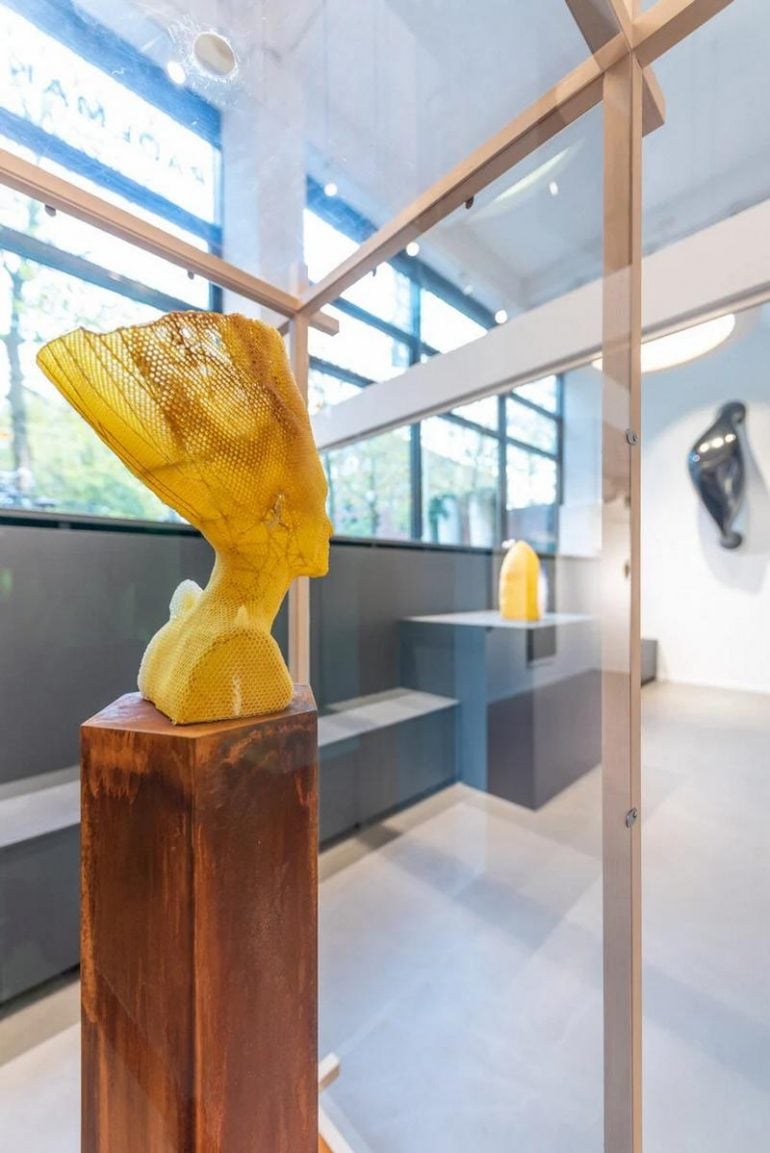 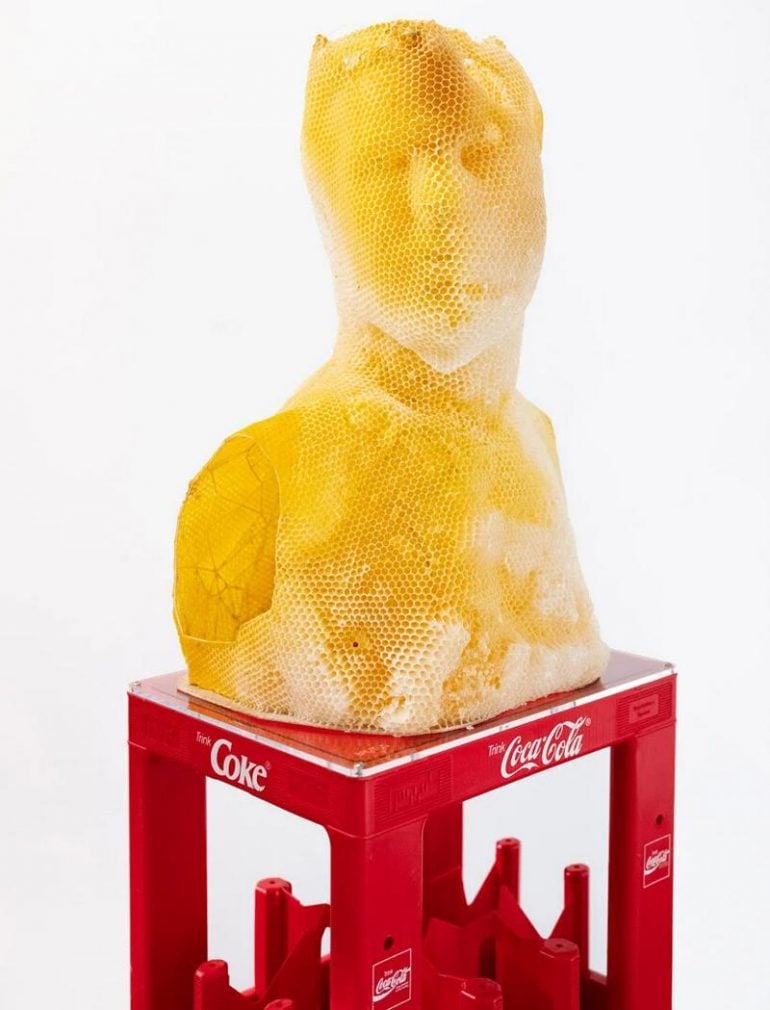 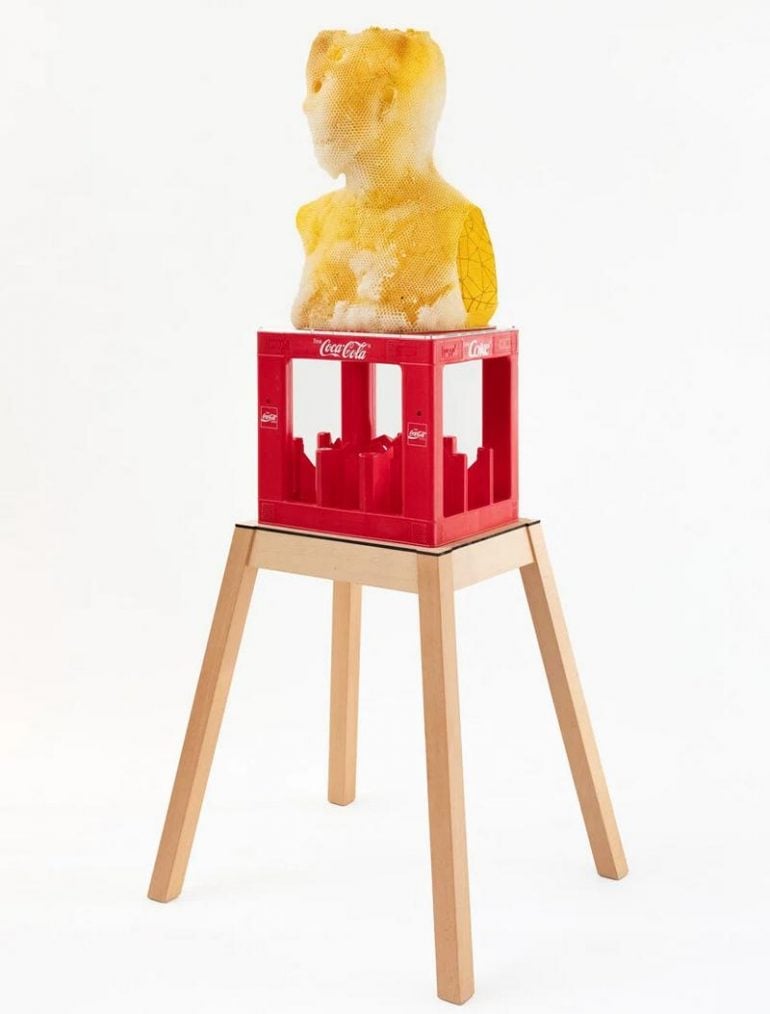 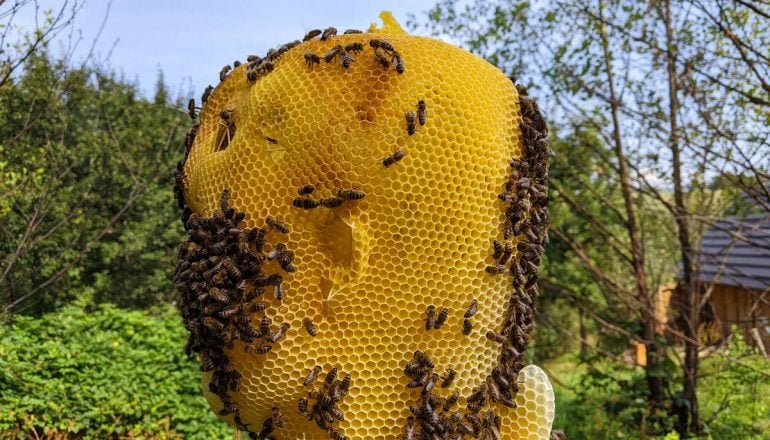 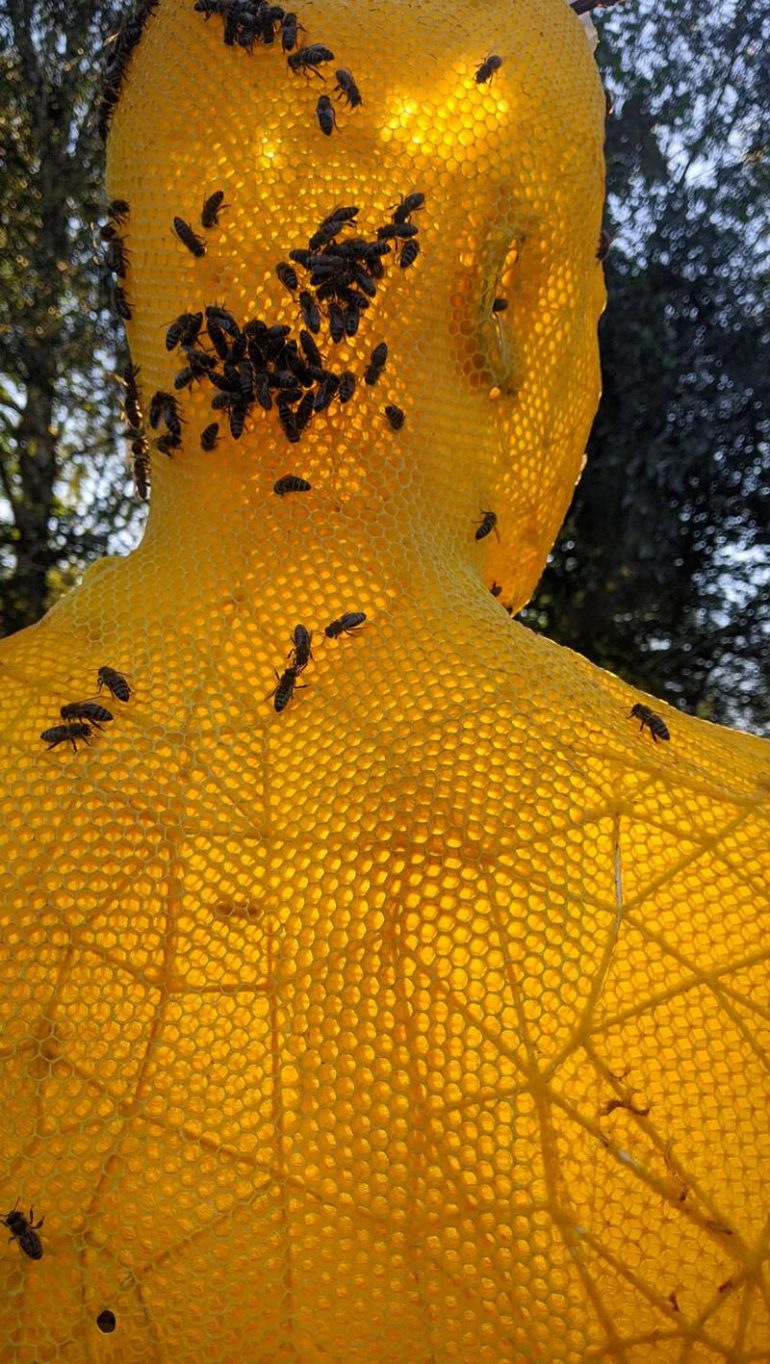 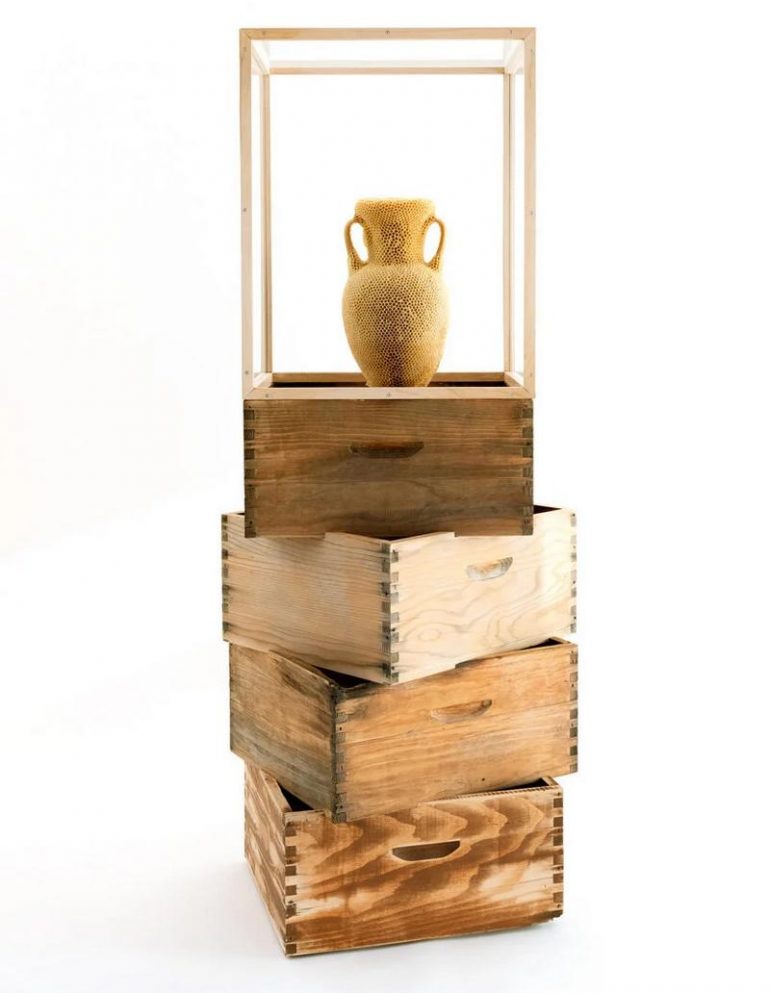 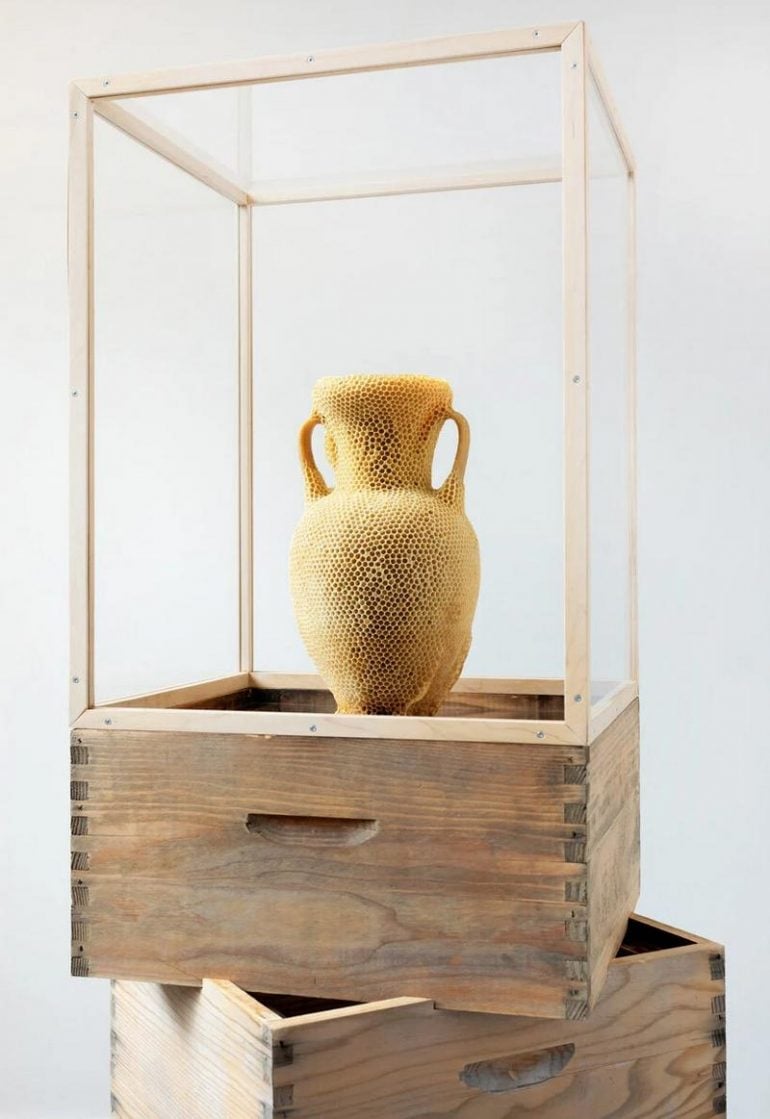 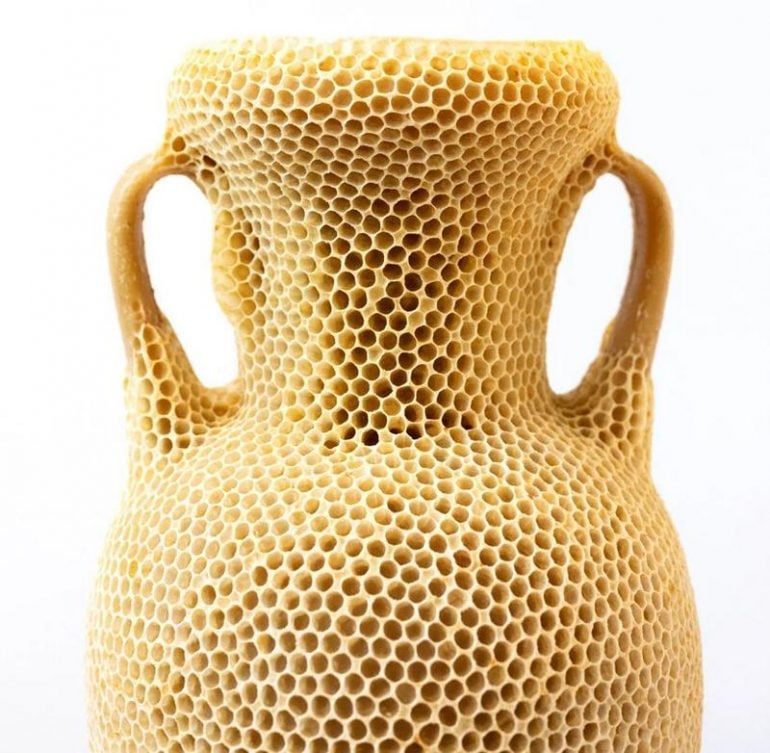