Aston Martin, the elegant British sports car, needs no introduction. Touted as one of the world’s most distinctive high-end auto brands, it is the same name that is also most renowned for its association with James Bond movies. Aston Martin calls out to all those who seek a dynamic driving experience topped with luxury bespoke design. To cater to the demand for such luxury sports cars in India, Aston Martin entered the Indian market by teaming up with Performance Cars, a division of Infinity Cars, as its dealer in Mumbai and is the first official dealership of Aston Martin in India. They are set up in an internationally designed showroom in South Mumbai and a first-of-its-kind air-conditioned service workshop nearby. Performance Cars stands true to its name as they represent the best of performance cars. Mr. Lalit Choudary, Director, Performance Cars, speaks to Luxurylaunches- 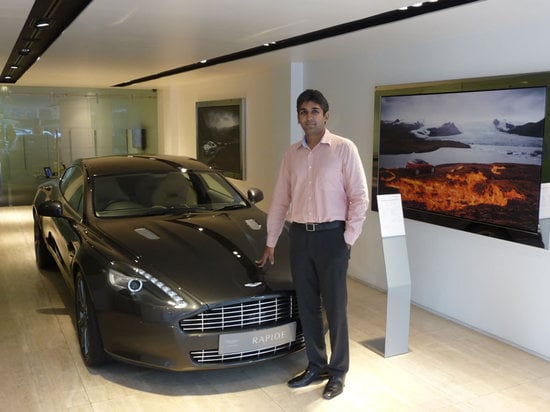 Which Aston Martin do you drive around? If not Aston Martin, which car would you be caught driving?
I drive a Rapide and credit the car’s functionality for being my choice of Aston Martin. Apart from Rapide, you can catch me driving a BMW, which I feel is a practical day-time choice to navigate through the congested traffic and narrow lanes of Mumbai.
[Aston Martin Mumbai]