Gender reveals are so much fun. It’s accurate to say the occasion bears almost the same level of excitement as the actual birth of the child. The baby gender reveals look more or less the same- the pastel decor, blue or pink balloons, a lovely cake, a couple who can’t stop smiling, and an enthusiastic lot of family and friends. In certain cases, you can add an additional factor like one of the world’s tallest buildings. Dubai-based influencers Anas and Asala Marwah recently held their baby reveal party and the good news was projected on Burj Khalifa, the world’s tallest tower, standing at 829.8m with a staggering 163 floors, all covered in blue reading “It’s a boy”. The reveal was a well-orchestrated light show as the Burj Khalifa twinkled in a variety of pink and blue lights in the build-up to the big moment that also included a silhouette of the couple followed by a 10-second countdown. The grand finale saw a pink and blue line wiggled all the way up to the peak of the building’s spire then finally turning blue to reveal it’s a bonny baby boy!

The video also included reactions of the family- the excited parents, and two-year-old, to-be-big-sister Mila who can’t contain their euphoria and are jumping for joy. The to-be-parents have more than 7.3 million subscribers on YouTube, and each has more than two million followers on their individual Instagram accounts. Their fans got an extended 15-minute video of the show-stopping stunt on their channel. The video has already been viewed almost 10 million times and received more than 200,000 comments. There is speculation if the couple paid for this arrangement or if it was part of a promotional deal; but some birds on Twiteratti have claimed the pair spent 350,000 United Arab Emirates Dirham, which is roughly $130,000 on the gender reveal terming it nauseatingly ridiculous. To each his own, I guess! 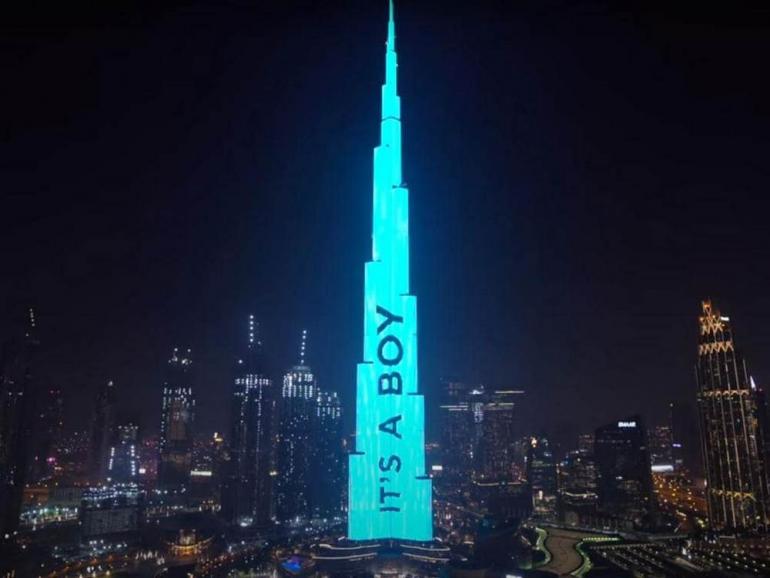 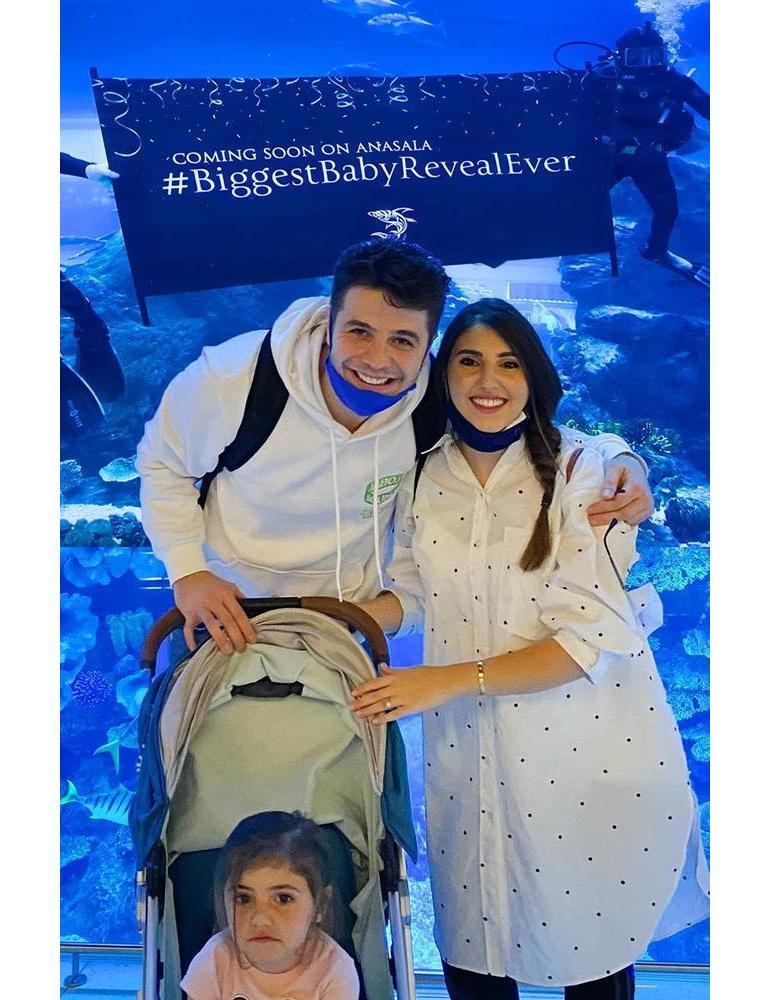