My stay at Shangri-La’s – Eros Hotel may have been plenty memorable, but it wouldn’t have been complete without a trip down Ayurveda lane. Enter Shangri-La’s Spa facility! Featuring a fitness center, salon and private suites, it is easily one of the largest in Delhi. Now the fact that it’s named ‘the Spa at Shangri-La’ is unassuming to begin with. But this also means I had no idea I was in for traditional Asian healing philosophies. Being a ‘Swedish massage’ woman, I was miffed at being recommended the Ananda touch treatment, if ever so slightly. Turns out, it all was for nothing. You’ll see. 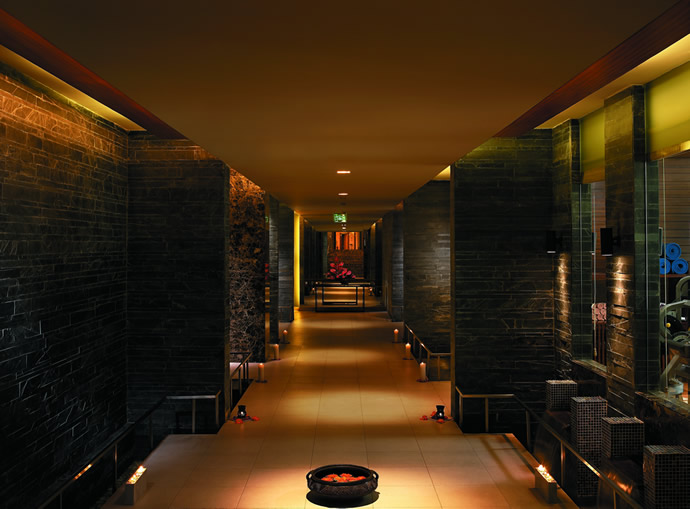 I rode down the elevator to the lower ground level knowing fully well whatever I was in store for was going to last two whole hours. But what was it going to be? The answer came after two sips of the aromatic herbal tea. After seating me in what I could call the most minimalistic lounge, for a spa at least, the therapist offered me a cup of tea and said ‘Abhyanga’ and ‘Shirodhara’ it was going to be. So my two-hour treatment was an Ayurvedic oils laced amalgamation of two independent therapies. Lucky me! I thought and proceeded to change into a robe and prepare to stretch out in some steam.

After 10 minutes, beading with drops of sweat, newly open pores in tow, I followed the therapist through a colossal lobby. Now I must say, I had never been to a spa within a hotel before. This one, at times, gave me the feeling of being far away, into some wood-paneled Indian-ized galaxy. At other times, such as this, it made me lucidly aware that I was in yet another one of the hotel’s lobbies. All my notions, however, turned hazy as soon as I stepped foot in the treatment room. This was my own personal, ambiently lit galaxy, where a warm, foot soak awaited me. A Thai touch, was it? Didn’t matter. It was the first step (no spa pun intended) into a rigorous process of rejuvenating. 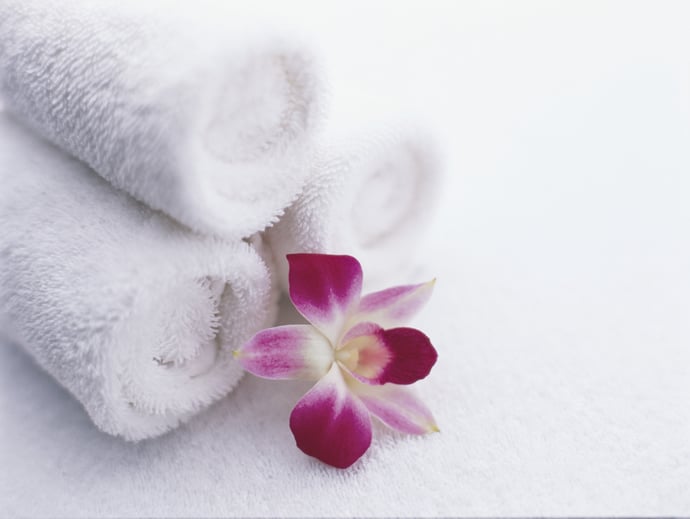 Next, it was time for Abhyanga. The therapist explained this is a traditional Indian massage, which uses a combination of soothing and symmetrical long strokes to relax the body. Her voice softly cut into the calming music as she continued that the ritual increases blood circulation, stimulates lymphatic flow, and relieves fatigue. I was glad it did and amazed at how much she knew too. Stroke by stroke, she went on to elaborate that all the oils being used were transported all the way over from South India, extracted from the leaves of ancient trees. She quieted down when she sensed she’d lost me. She spoke up again when she found me stirring, telling me all about how these ancient rituals were meant to be carried out sans luxury.

At this point, I mentally thanked the hotel for the plush privacy of my surrounds, my cushioned massage bed, and the chance to luxuriantly experience therapies rooted in history. When she was done kneading out any knots and was through with meticulously massaging each part of the body, the therapist asked me to step down and move to the second bed to experience the Shirodhara method or the application of oil to the forehead in a steady stream. Now this one’s going to make you hold your shampoos close (and your conditioners miles away), but it was one third-eye awakening technique! Ok, so maybe not. But Shirodhara is known to awaken the third eye besides relax both the mind and the senses and improving mental clarity. 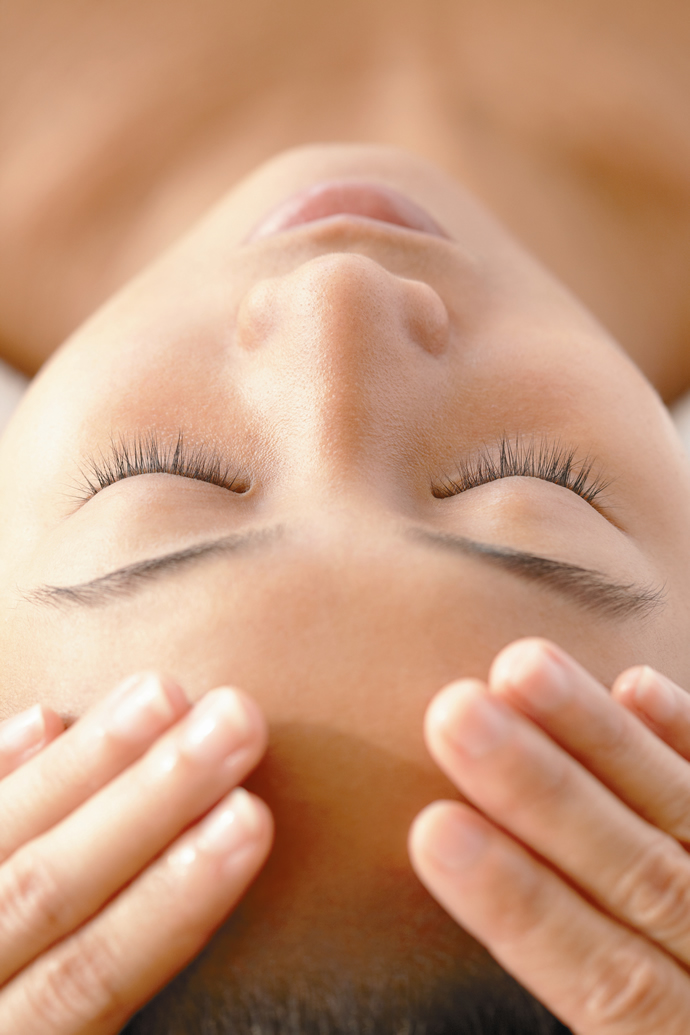 I don’t know how the first one worked, but I did know I was greatly in need of relaxation and clarity. Thus began the dripping of medicated oil on my forehead from a vessel that hung above. I can’t say it wasn’t a whole lot of tickling sensations at first but soon, I got used to this unusual therapy. At some point, I realized how often I had seen it advertised in spa pamphlets and wondered what it had been. Now I was glad I knew, especially if it were supposed to relieve sleeplessness and headaches. After all, how often do we exit a spa knowing it will benefit our general well being! That said it was time to exit this chamber of earthen enchantments and once again, bask in some steam.

The steam is supposed to help further soak in all the oils. So if the therapist’s tousling and squeezing of my particularly long hair hadn’t done it (which I highly doubt), this would. I was supposed to be in there for 10 minutes, but its not like I could’ve kept a tab on time, what with the floating feeling that nobody said would accompany the treatment. I walked out through the waft of steam and made my way into one of the shower stalls. Now ‘stall’ wouldn’t quite do justice to the spacious bathing suites. Nor would I ‘made my way,’ to the treatment because my eyes were practically snapping shut from all that combined serenading. Lets just say I stumbled into the shower and took God knows how long to wash all the oil out, numbed from being elevated to newfound levels of harmony.

Said harmony followed me out as I made my way back to the much brighter reception, nursing my glass of water and a sense of rejuvenation. I bid goodbye to my erudite therapist and thanked the floor’s attendant. He had pressed in for the elevator that had just pinged open. Clearly, pampering hadn’t ended with the treatment.