If you’ve been keeping an eye on supercar news around the world, you might have spotted this Lamborghini Aventador that was seized recently and pulled away at Wilton Place in Knightsbridge by the London Police. Given the fact that the car has no insurance and was still being driven around, the law enforcement decided to have this supercar worth nearly $450,000 locked away. With its eye-catching purple hue and glow-in-the-dark decals, this Aventador now faces the wrath of the crusher! The car is currently kept on display outside New Scotland Yard while the police are busy debating its final fate.

This isn’t the first time an expensive ride has been seized by the London Police. With Operation Cubo put into place, the law enforcement authorities have seized nearly 10,300 vehicles since October 2011, including Porsches, Ferraris BMWs, and more. There’s been no news about what the owner of this beautiful Lamborghini plans to do, and we’re pretty sure he/she wouldn’t wish to see this beastly beauty crushed and dumped away amongst other not-so-unique cars. 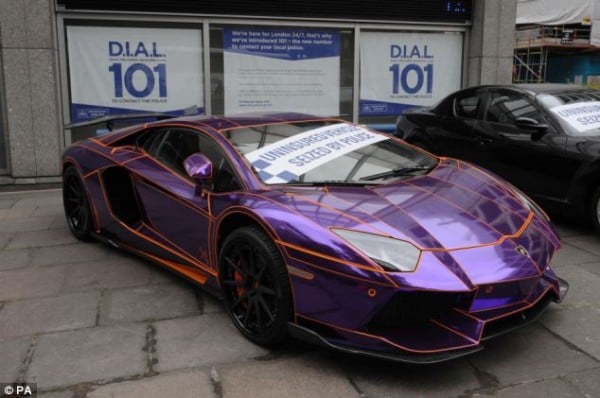 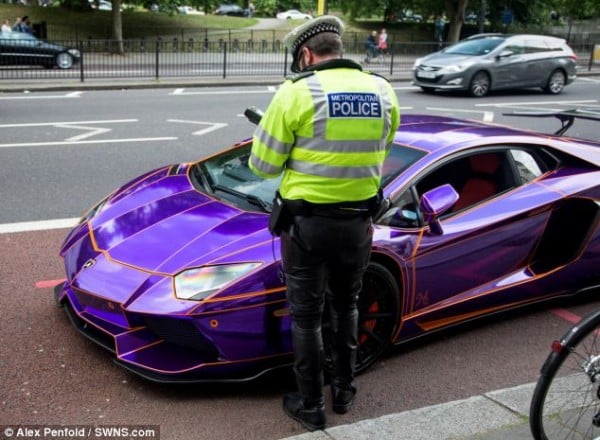 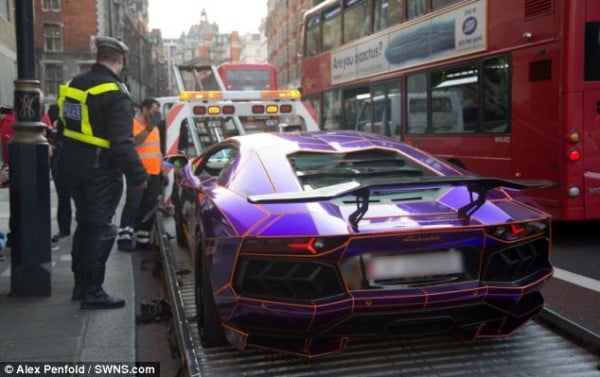