Aston Martin has revealed an ultra-limited open-top speedster that was created to celebrate the 10th anniversary of the British manufacturer’s bespoke Q division. Called the Aston Martin DBR22, the two-seater also pays homage to the automaker’s iconic DBR1 race car that was piloted by Roy Salvadori and Carroll Shelby to an outright victory at the 1959 24 Hours of Le Mans. The styling of the Aston Martin DBR22 is heavily inspired by the DBR1 and DB3S open-cockpit race cars. The coach-built bodywork of the speedster is constructed mostly out of carbon fiber and has a flowing design with many interruptions. 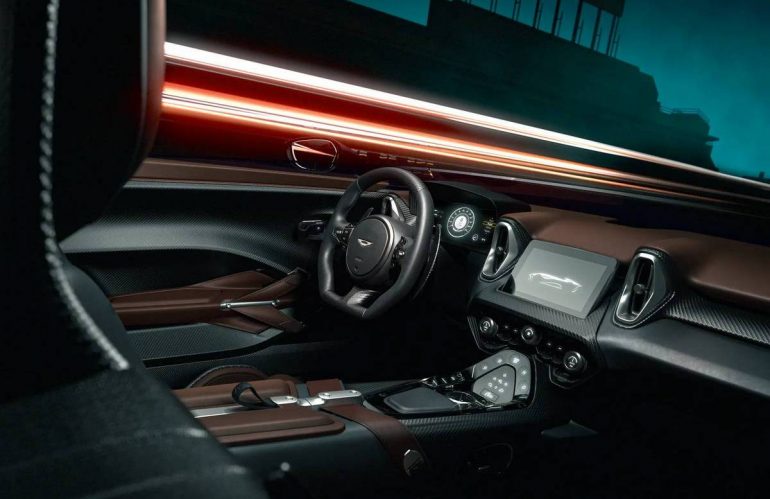 Powering the Aston Martin DBR22 is the familiar twin-turbo 5.2-liter V12 that has been tuned to produce 705 horsepower and 555 pound-feet of torque. According to Aston Martin, the speedster can accelerate from 0 to 60 mph in just 3.4 seconds. While it might not be the quickest sports car money can buy, its roofless design ensures that the V12 symphony reaches the cockpit unfiltered. 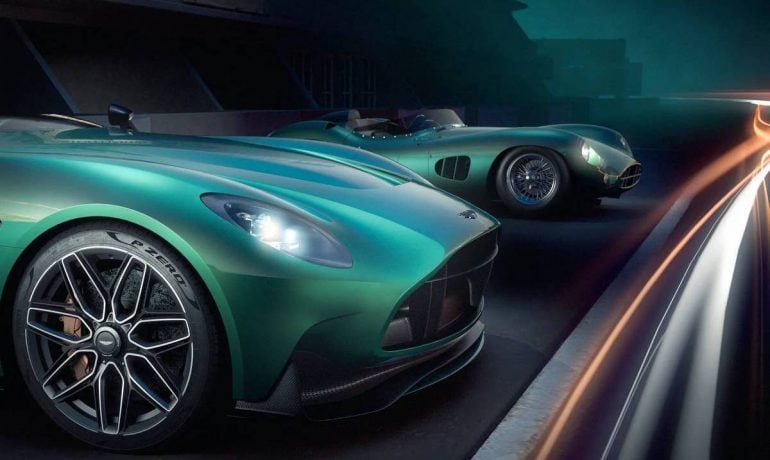 The DBR22 will make its public debut later this week at the Pebble Beach Concours d’Elegance during the Monterey Car Week in California. Although Aston Martin is calling the open-top roadster a concept for now, the British automaker is expected to build a very limited number of production units of the DBR22. Some reports suggest the production run will be limited to 10 examples to mark the 10th anniversary of the Q division. In that case, we expect it to be priced north of a million dollars. 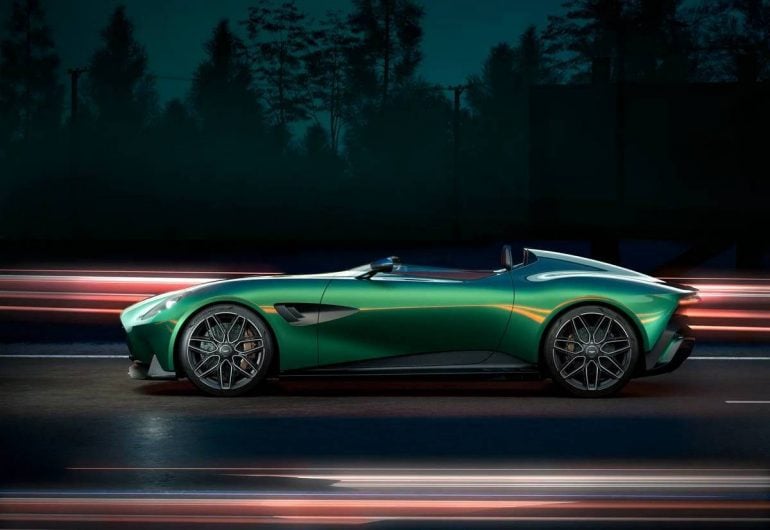 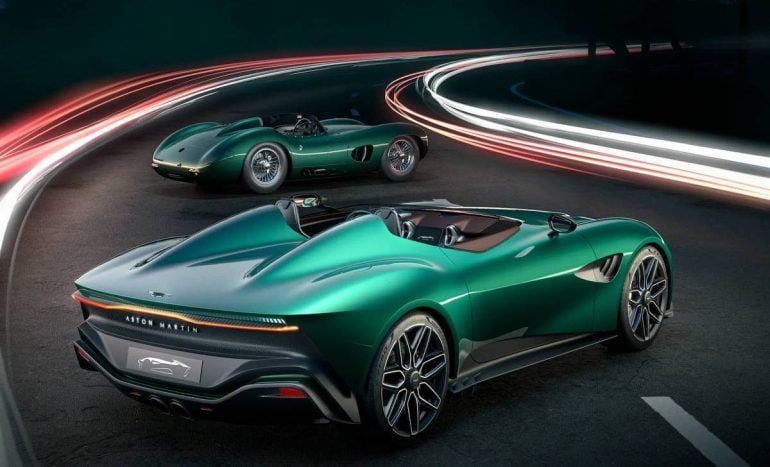 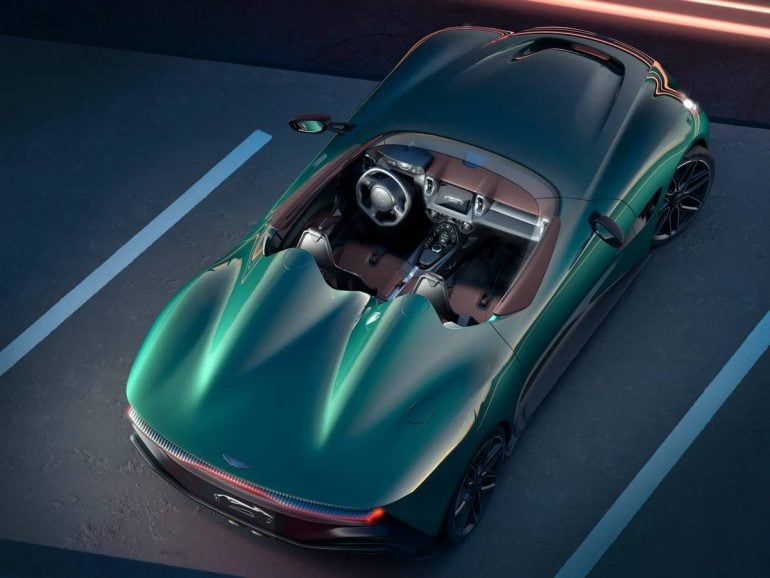 Tags from the story
Aston-Martin, Cars