Aston Martin has a long history of releasing special editions, but with the British marquee celebrating its 100 years of existence last year wooed the fans by creating quite a few deliciously crafted special editions including the CC100 Speedster Concept and the two bespoke Aston Martin Zagato models. But instead of slowing down in 2014, the iconic sportscar maker is punching the gas pedal and has lined up more special editions that will break cover at the upcoming 2014 Geneva Motor Show. Aston Martin will arrive at the auto show with a new special edition V8 Vantage dubbed the ‘N430’, which builds on the rich lineage of N-badged cars by Aston Martin including the N420 that were built to celebrate its victories in races held over the years at the Nurburgring, hence the ‘N’. 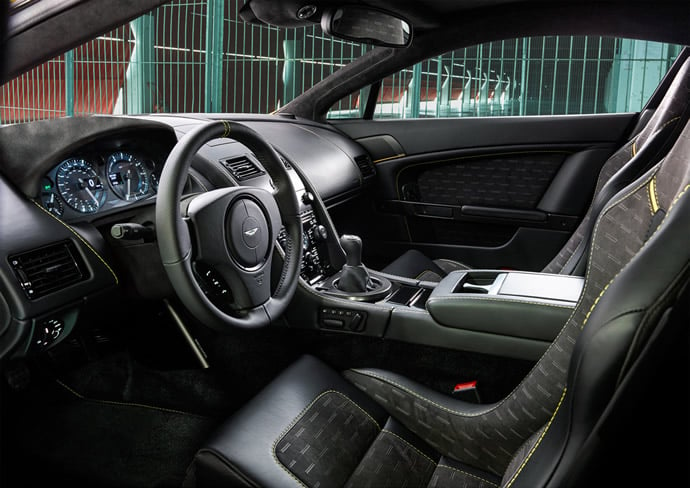 The most noticeable feature of the N430 is its special livery, which is a dual-tone paintjob inspires by the Aston racecars that raced the 24-hour Nurbrugring races. The lipstick-like highlighted front grille might not look all that attractive, but beyond the cosmetic changes, there’s a lot to love about the special edition Aston Martin. Under the hood is a 4.7 liter V8 engine, which as you all may have guessed from the produces 430bhp. The engine is either paired a six-speed manual or seven-speed automated manual with paddle shifters, and the car will sprint from 0-60 mph in just 4.6 seconds and will reach a top speed of 190 mph. It is 44 pounds lighter than the regular V8 Vantage thanks to the generous use of carbon fiber, Kevlar racing buckets in the cabin, forged alloy wheels and a special thin paint finish. 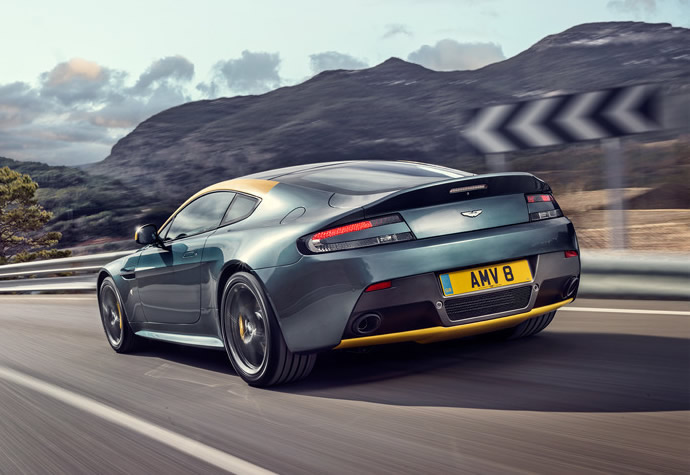 On the inside, the special edition Aston Martin rides in with machined carbon sill plaques, N430 seat logos, black magnesium paddle shifters for the auto or a carbon fiber gearshift surround for the manual. Bang & Olufsen BeoSound premium sound system and a green and yellow paint scheme can be opted as optional extras. The V8 Vantage N430 will be available in both coupe as well as spider versions and will go on sale in Europe this September, and will make its way to the United States later. 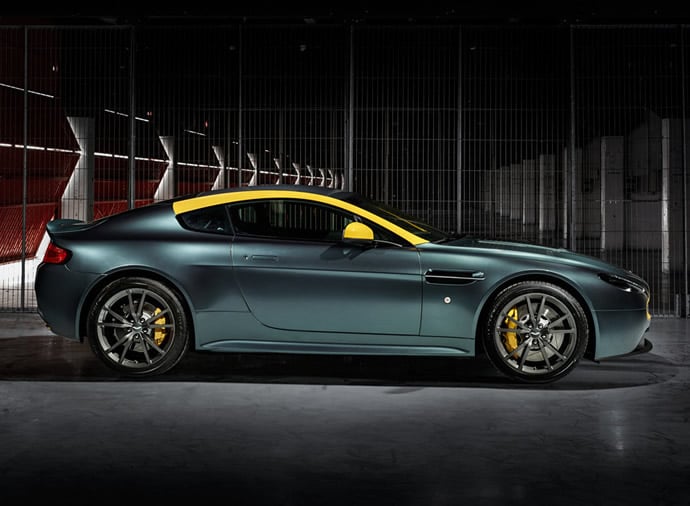 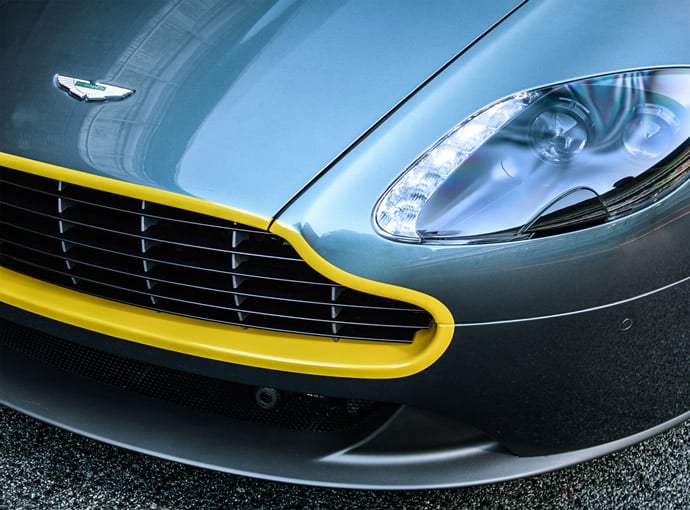 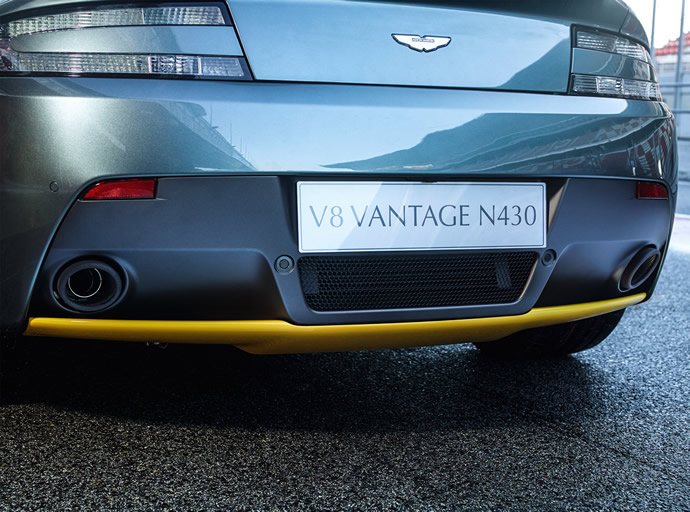 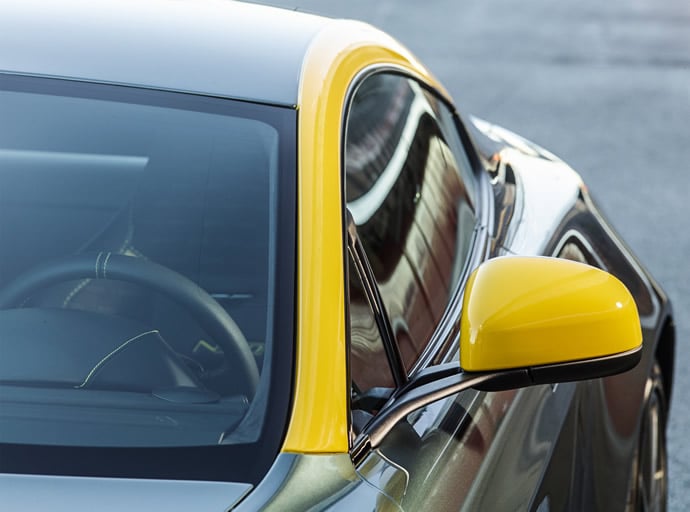 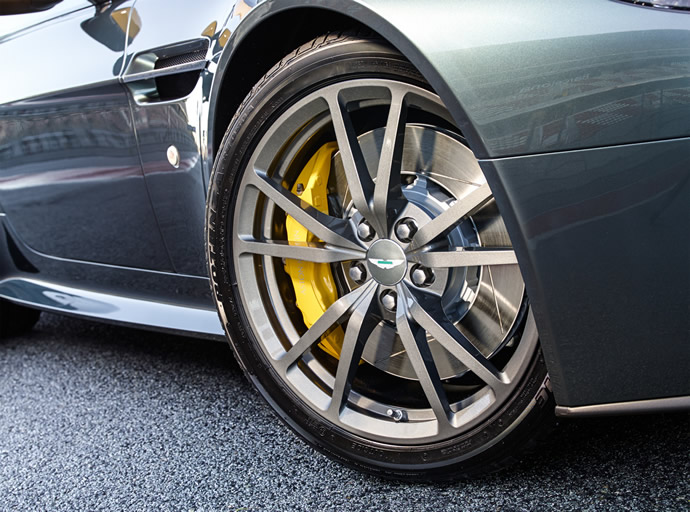 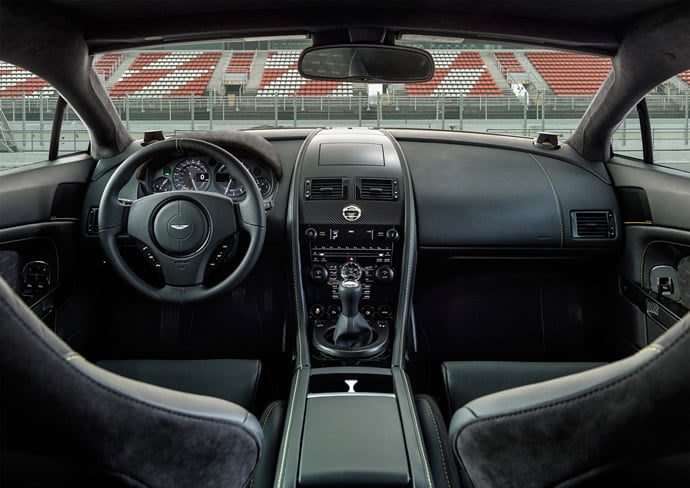 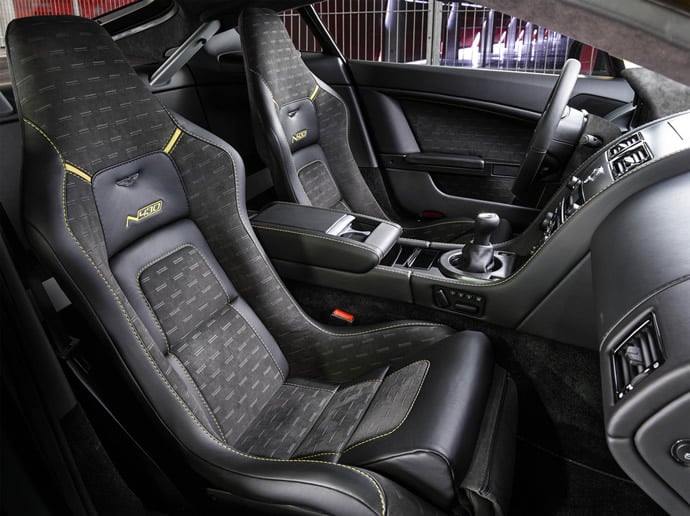 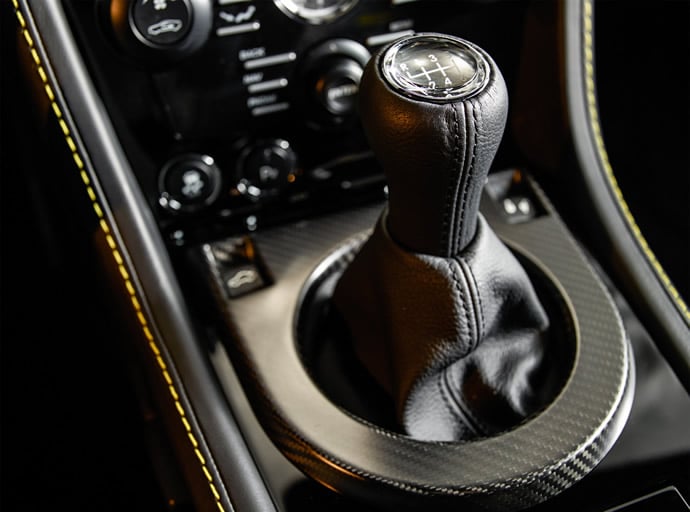 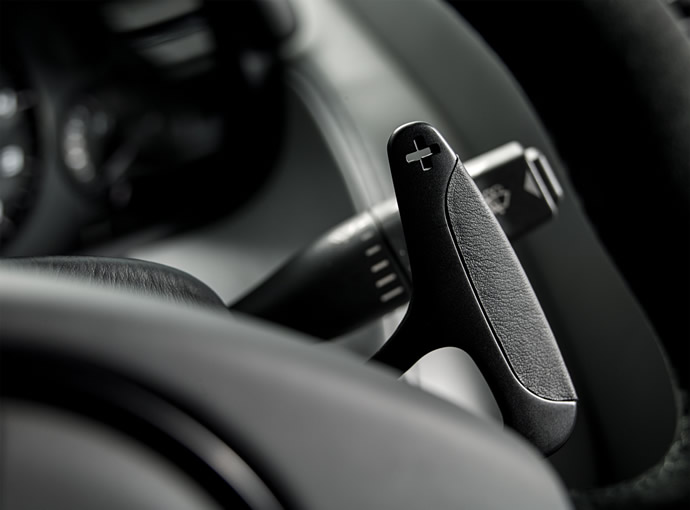 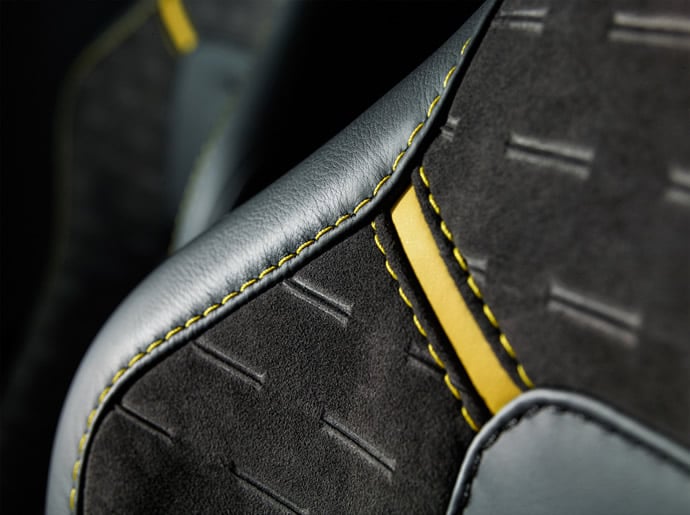 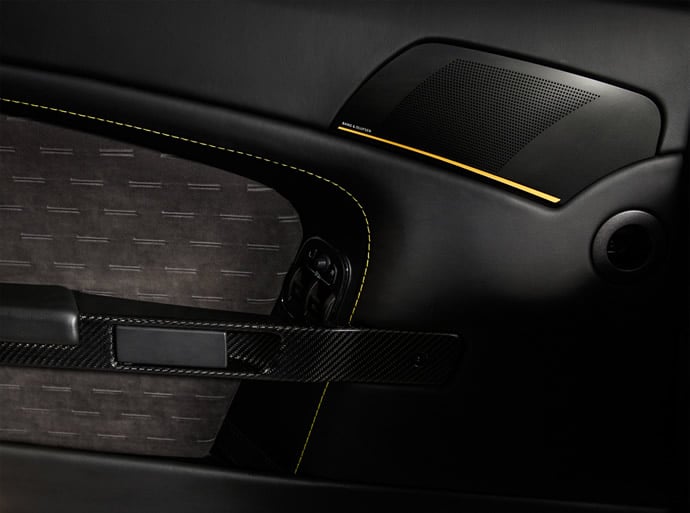 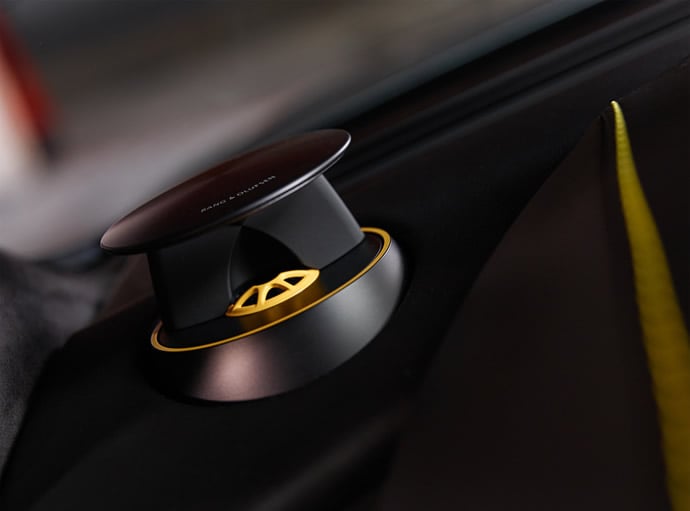 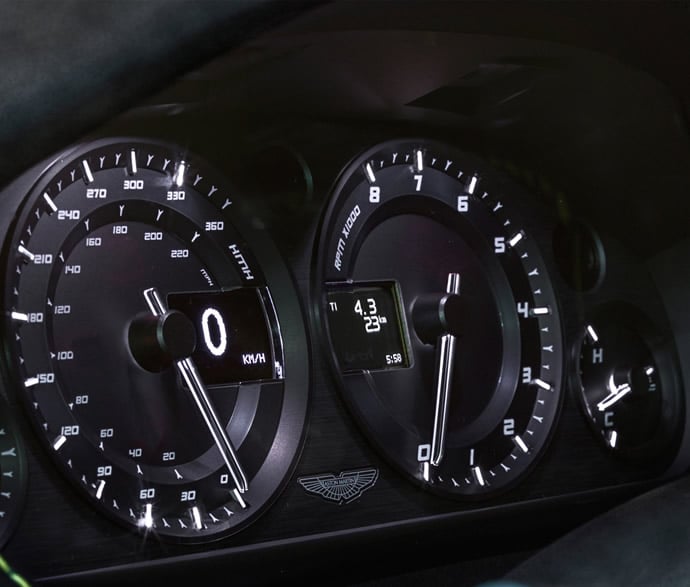 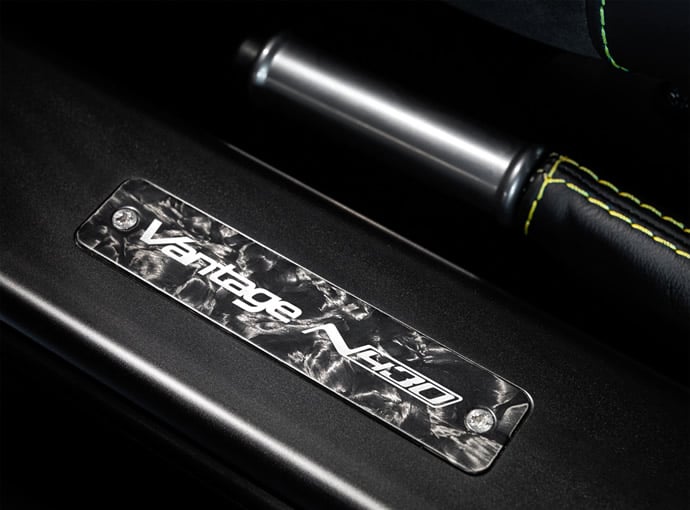