Water, water on the Ocean’s wall, who’s got the biggest vessel off them all? Well, that seems to be what everyone wants to know as a stunning 590-feet long private yacht called ‘Project Azzam’ worth well over £400 million ($620 million) is not getting ready. Many believe that Saudi Royals have commissioned it, but that is mere speculation for now. Once ready, Roman Abramovich will lose his claim of owning the world’s longest yacht, the Eclipse, by just about around 54 feet

Being assembled at the 170-metre dry dock at German shipbuilder Lurssen’s yard, it has now been moved to a 220-metre dock, for the want of more room. The yacht is said to have a fuel tank with 1million litres capacity, and can house a crew of 50 through the year. 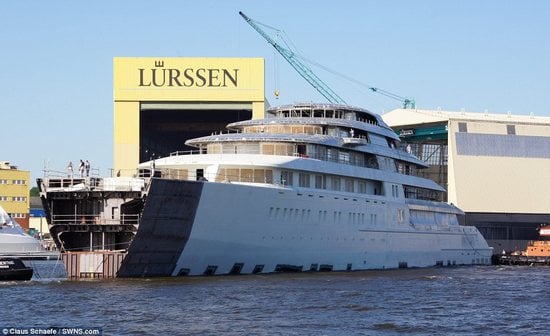