Bugatti is all set to transfer its fastest ever “artwork” tag to the new Veyron Grand Sport Venet. Its name comes from French conceptual artist Bernar Venet’s art that adorns the exterior and its cabin! Venet has been commissioned before by the automaker to make something for Art Basel Miami Beach that happens later this week. Considering that his fetish for abstract pieces influenced by mathematics and science is clear, it works brilliantly for the car. The car sports “dozens of mathematic and scientific formulas,” same used by the engineers to develop the Veyron scattered over a rusted metal exterior finish, again a Venet choice.

The theme can be seen on the inside, too, with the bright orange formulas on door panels and rusted dash panels and leather trims. The car itself is based on the Bugatti Veyron Grand Sport and comes with a quad-turbocharged 8.0-liter W-16 engine that can hit top speeds of 252 mph (224 mph with roof down). 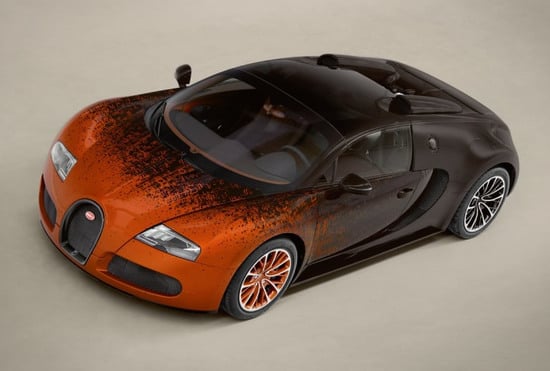 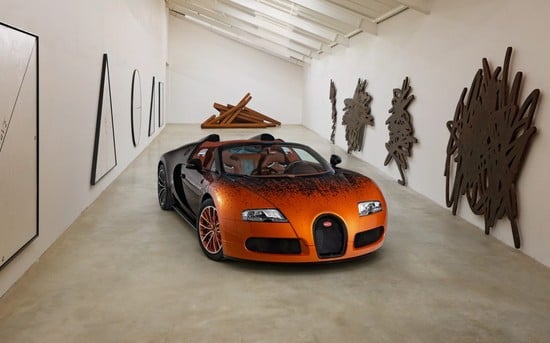 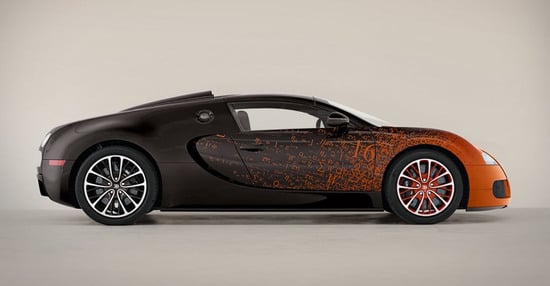 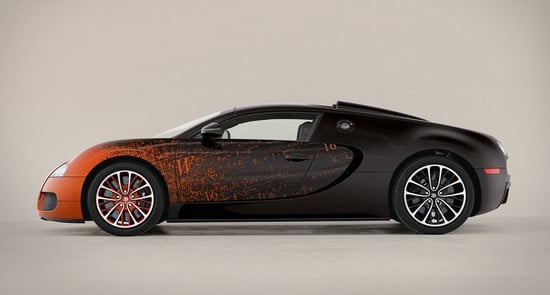 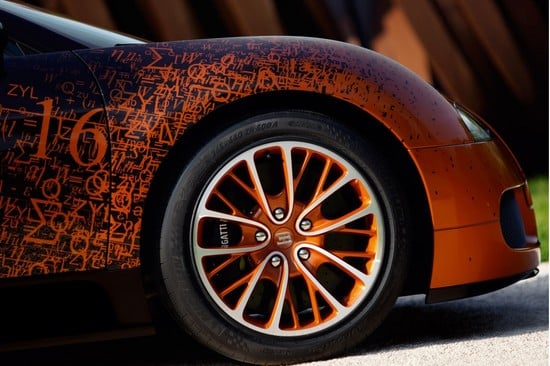 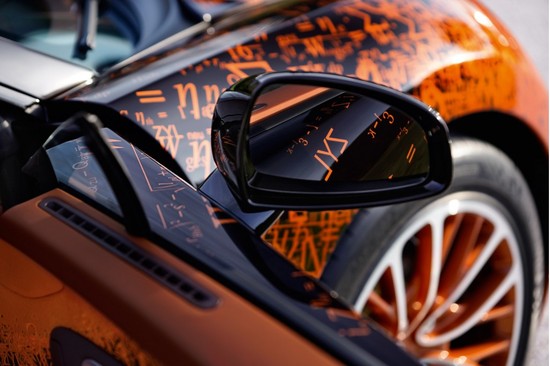 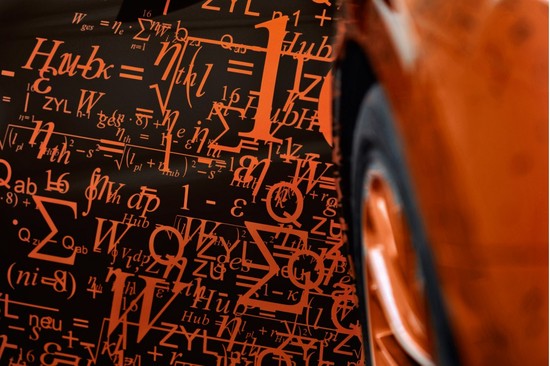 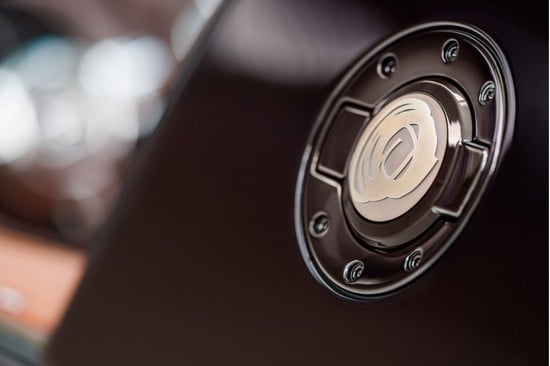 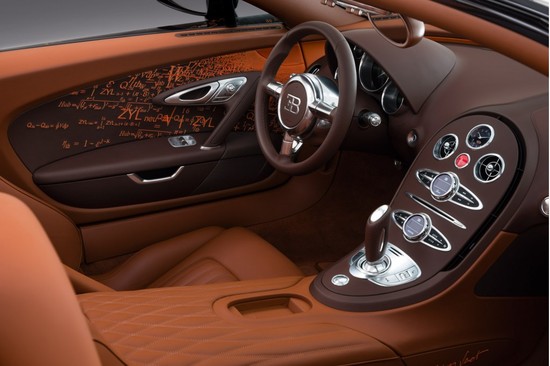 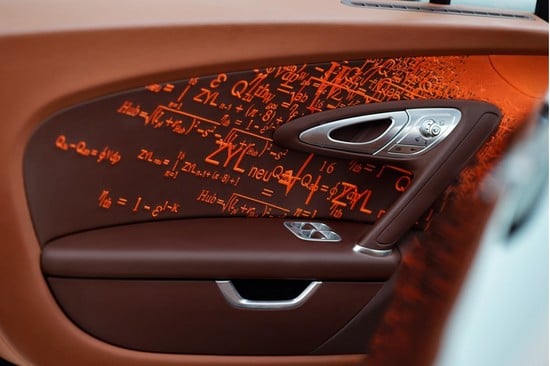 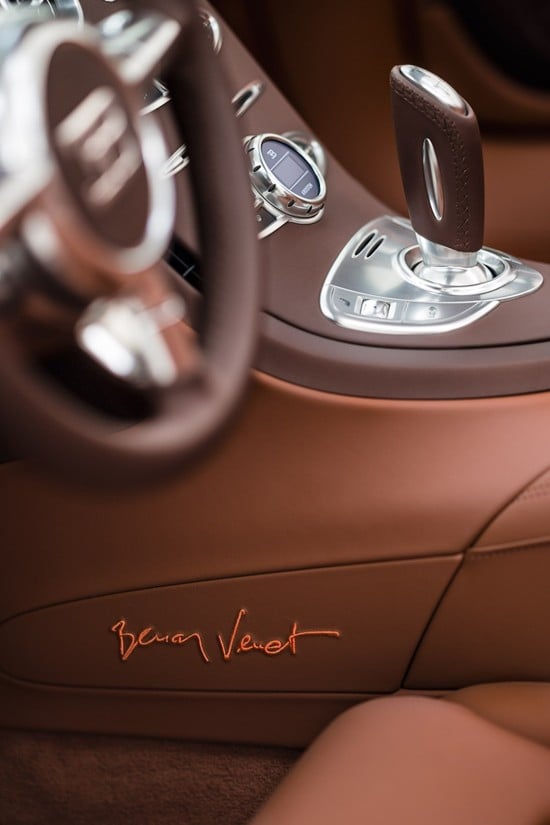 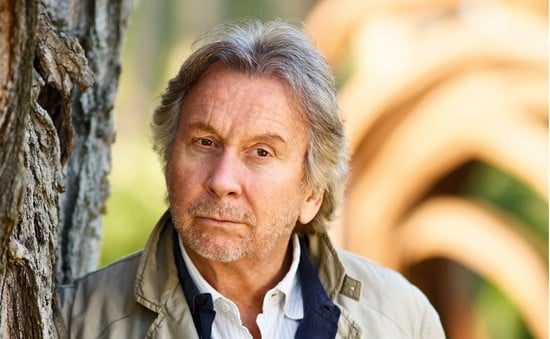 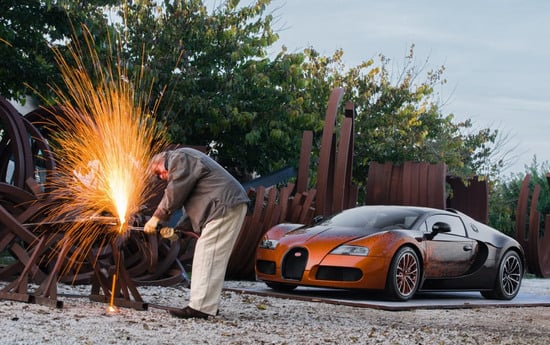