What you’re looking at is the latest in the long list of flying car concepts that have been showcased in the last few months; and almost all of them are based on the idea of electric-powered multi-rotor vehicles inspired by quadcopter drones. Neva AirQuadOne is a commercial concept for personal manned aircraft that looks like a quadbike powered by multiple turbofans of varying sizes. Touted as the world’s first flying quadbike, the AirQuadOne concept has been unveiled at the ongoing International Paris Airshow by Neva Aerospace, a UK-based consortium made up of five European companies that focus on all sorts of electric aviation, from drones to aerial robotic platforms. 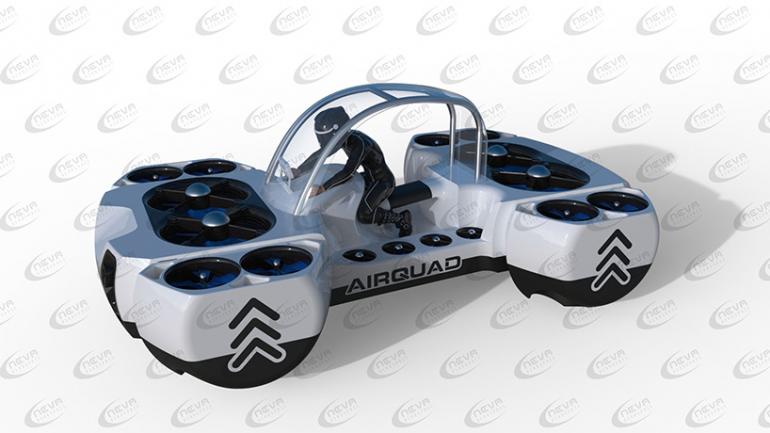 The futuristic fully-electric vehicle is still in its concept form but it is expected to weigh in at a little over 1,000 pounds, including 330 pounds for the batteries and a payload of 220 pounds. Thanks to the specially-developed technology, including static thrust and semi-dynamic electric turbofans (ETFs), the flying quadbike can reach linear speeds of 50mph at altitudes of up to 3,000 feet. The battery pack on it is enough to the vehicle a flight time of 30 minutes. The AirQuadOne will be compatible with recharging stations designed for electric cars and Neva believes that an unmanned version can also replace cranes and helicopters or emergency cars. 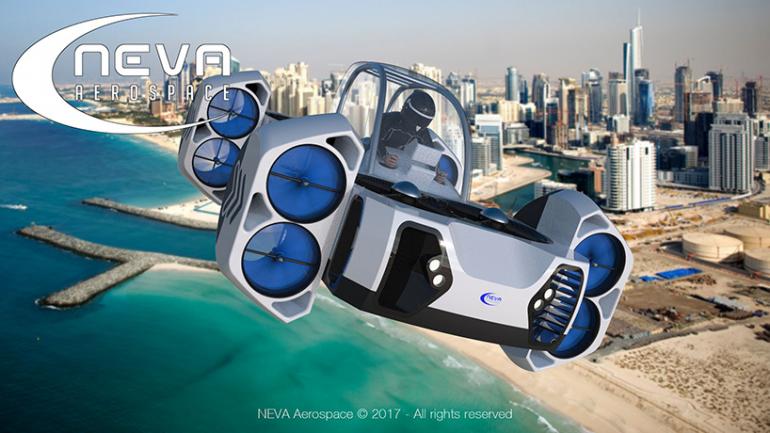 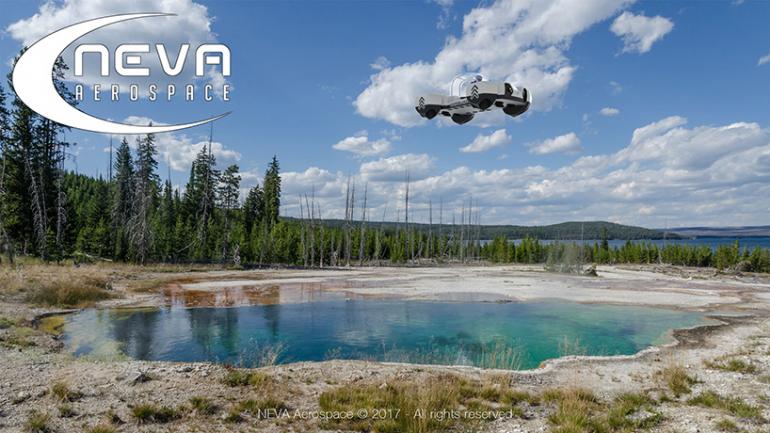 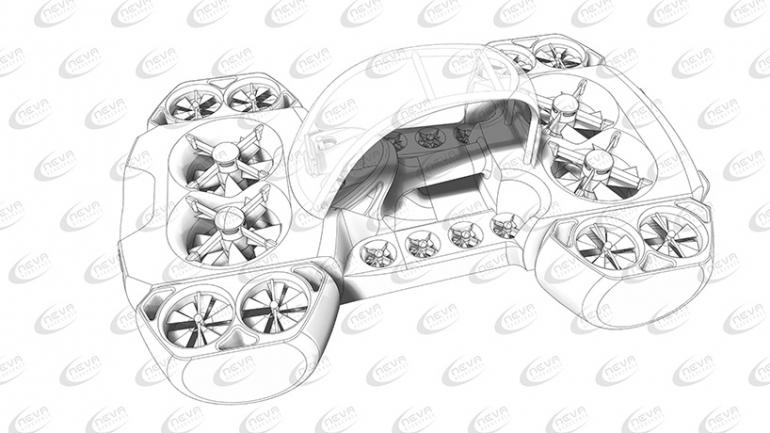